Sinkholes Are At It Again! Elderly Couple Escapes When Car Is Swallowed By The Earth

On June 10, 79-year-old Janet Coyne and her husband, 81-year-old Vincent, were about to drive away from a Checkers restaurant in Ocala, Florida, when the front end of their car dropped into the parking lot.

Unfortunately for the elderly couple, they’d been in the wrong place at the wrong time when a sinkhole opened up — but they were fast enough to jump out of the car before it was swallowed by the huge hole.

Heavy rains had hit earlier that day, flooding the area with an estimated 6.7 inches of water. 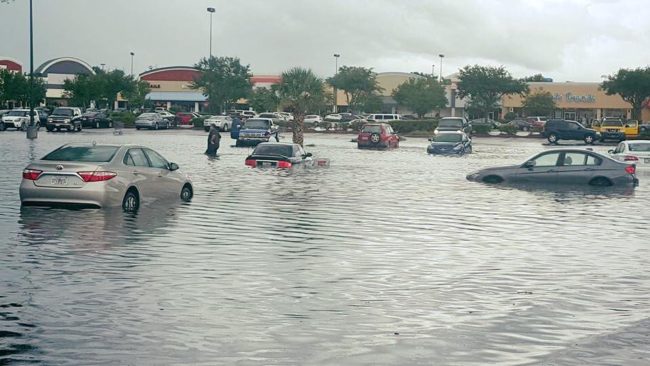 City officials say that limerock had eroded underneath the drainage system, causing the area to collapse. 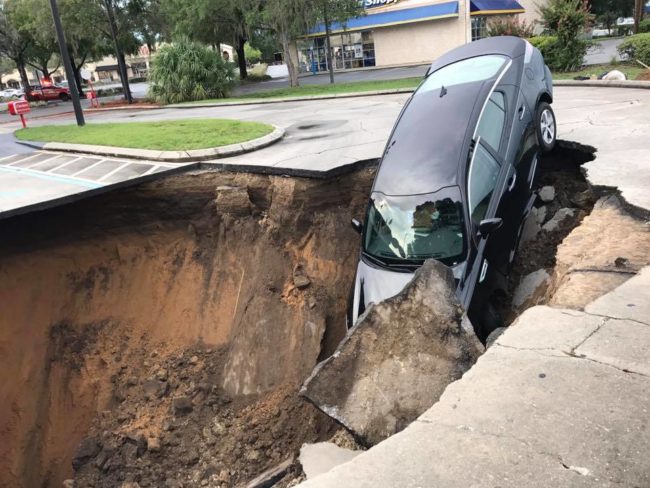 The drain simply couldn’t hold the amount of water coming in from the overwhelming rain. 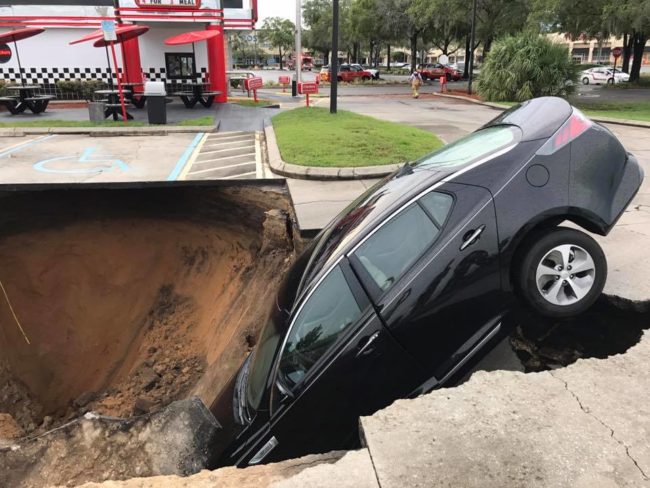 The resulting sinkhole reportedly caused a gas line to rupture. 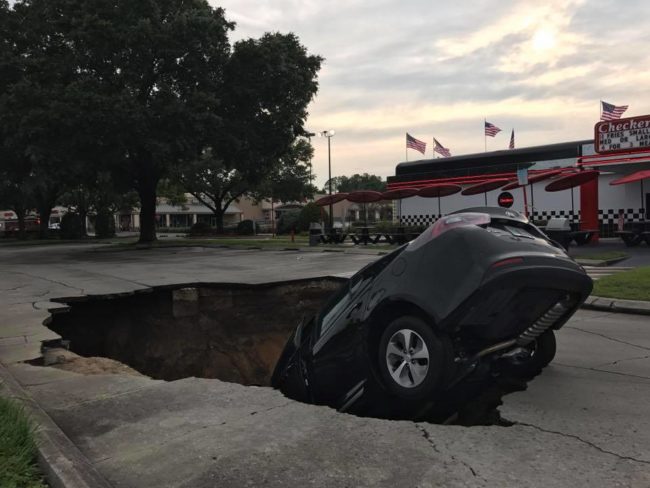 People were evacuated from the Gaitway Plaza, but it and the surrounding streets were reopened after the line was clamped. 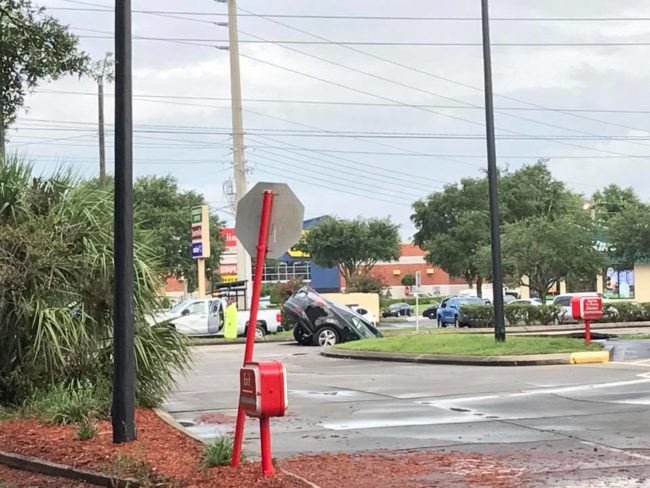 Watch the footage taken of the car slowly sinking into the gaping hole below.

Yikes! Well, I’m glad that nobody got hurt during this scary collapse. Share if you would’ve been freaked out in the couple’s shoes.