I know I’m in the majority, but creepy crawly animals really freak me out.

Frogs, lizards, snakes, you name it. Eels are basically snakes of the water, so they count, too. Most people only ever interact with eels from behind the paned glass of an aquarium. In some countries, they’re also considered a delicacy, so you may also find one on your plate. Where you don’t expect to see an eel (or several thousand) is on the road, in your car, in Oregon.

Last week, a truck hauling 7,500 pounds of hagfish, also known as slime eels, was traveling to export the fish to South Korea, where they’re eaten. It didn’t go well. 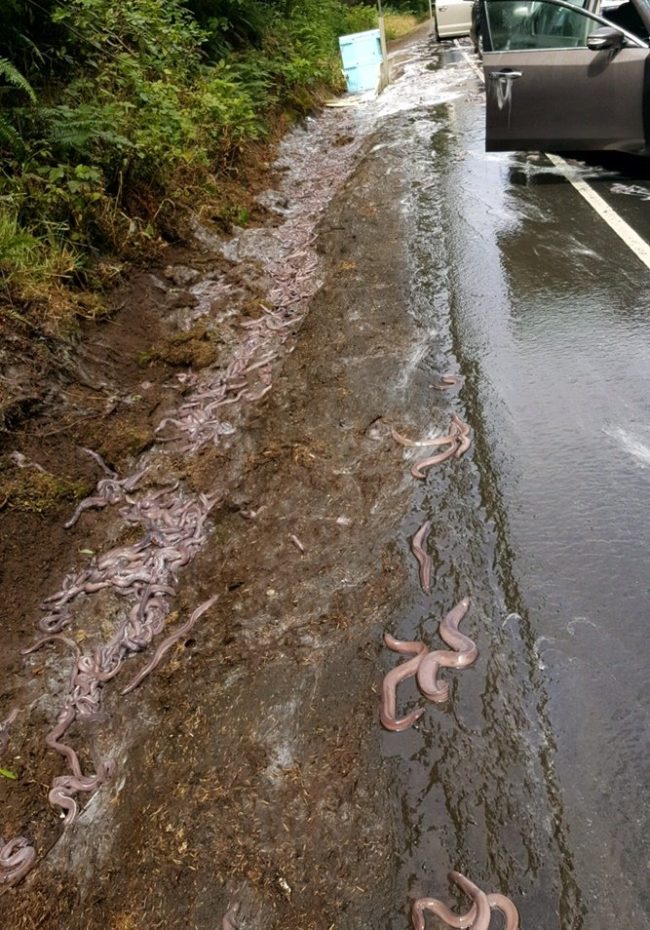 When the truck came upon some road construction, it attempted to stop but couldn’t, sending one of the containers of hagfish “flying across the highway.” 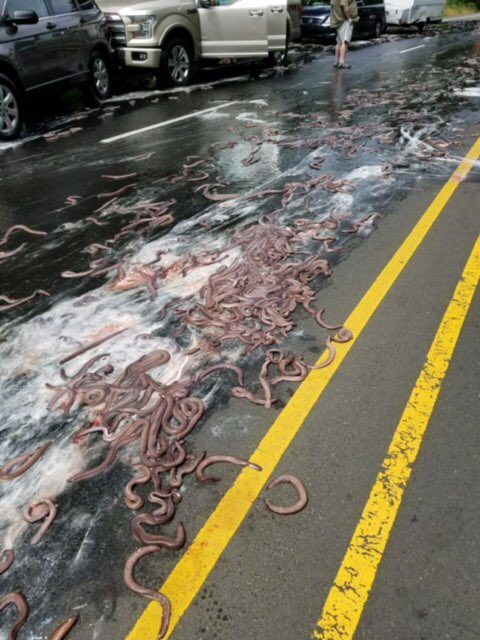 The other containers spilled, and this caused a chain reaction. Four other vehicles were involved in the accident. Yikes! 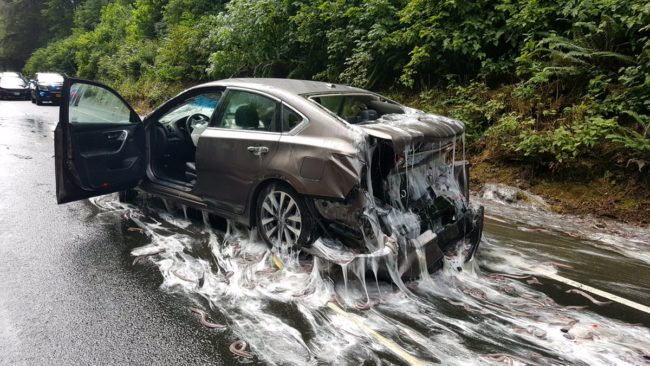 Workers began using bulldozers and hoses to gather up the fish and get them off the road. 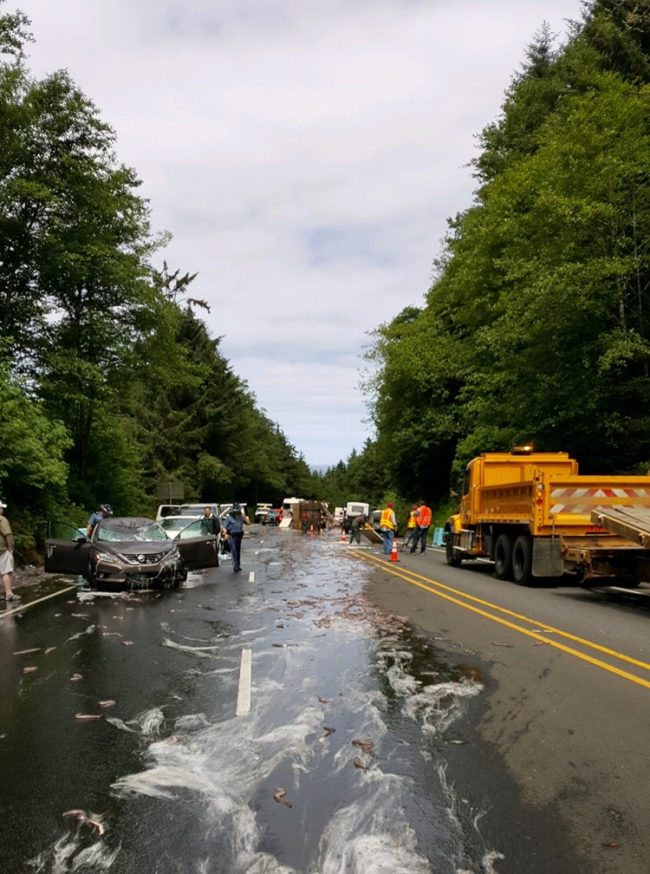 Hagfish are called slime eels due to the white slime they excrete while under stress. According to one witness, “It does not smell good.” 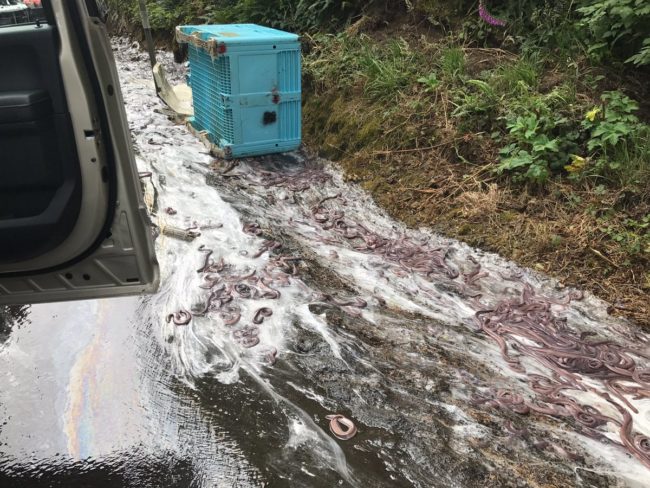 Hagfish have been known to escape from sharks by producing so much slime that it chokes them. Scientists describe the slime as a gel like “Spider-Man’s webbing” and have been looking for ways to create new materials out of it. 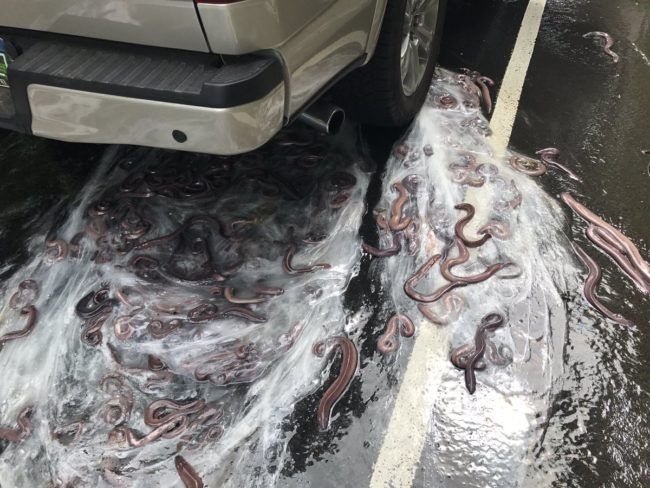 It took seven hours to clear the highway of all the hagfish before it reopened slime-free.

Fun fact courtesy of The New York Times: Hagfish Day is the third Wednesday in October. Who knew? I can’t even begin to imagine what cleaning up a car involved in this accident would be like.