Four years ago, Danielle Sykora was assigned her service dog, Thai. Since then, he’s helped a lot with her visual impairment — and making her laugh.

You see, Thai has needs, too. And sometimes, those needs have to come before Sykora’s, especially regarding toys and treats from his favorite place in the mall.

On weekends, Sykora and Thai travel from Delaware Valley University in Doylestown, Pennsylvania, where she is currently a student, to her home in New Jersey. During these visits, Sykora and her sister, Michele, enjoy shopping at the mall. On one outing, Sykora was joined by her dad, who made an interesting (and hilarious) observation about Thai. The pup seemed to like visiting one store in particular — a pet supply store called Cool Dog Gear.

“The first time my sister ever went to this mall, she was with my dad and Thai just veered right into the store without her knowing,” Michele told The Dodo. “The second time we went back there, I wanted to witness it for myself, so we walked in the direction of the pet store and of course he walked right in there again!” 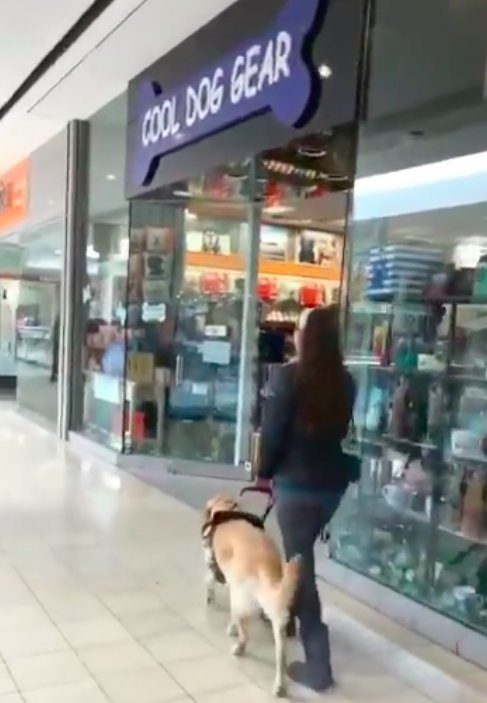 That time, she had her phone ready and recorded the pup’s sneaky move. Like I said, Thai has needs.

My sisters guide dog always sneakily walks her into this store without her knowing 😂😍 I love dogs, man pic.twitter.com/UuE9wDN4md

But Sykora’s family all agree that because he’s such a good boy, he deserves to spoil himself. “Thai and Danielle have a relationship only a person with a service dog could ever understand. He is her eyes. He goes with her absolutely everywhere,” Michele said. “Even when Thai isn’t working and we are home, if she leaves the room he will get up and follow her everywhere.” 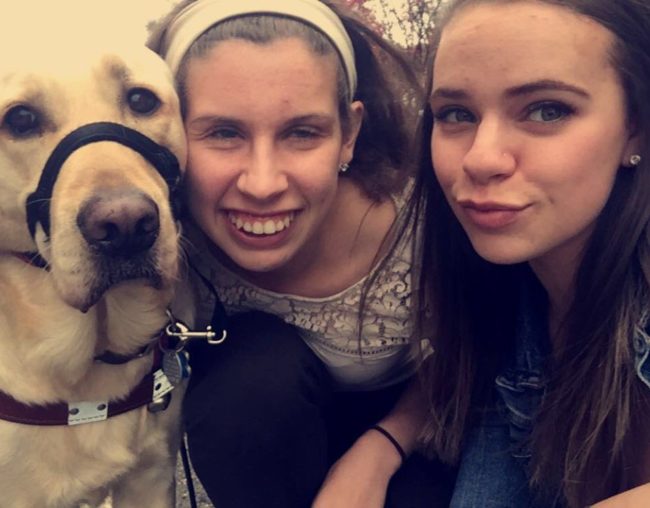 “The foundation my sister got him from, the Guide Dog Foundation, selects dogs for you based off their personality,” Michele added. “Thankfully, they stuck her with Thai because not only is he her service dog, but he is definitely our family’s entertainment as well.” 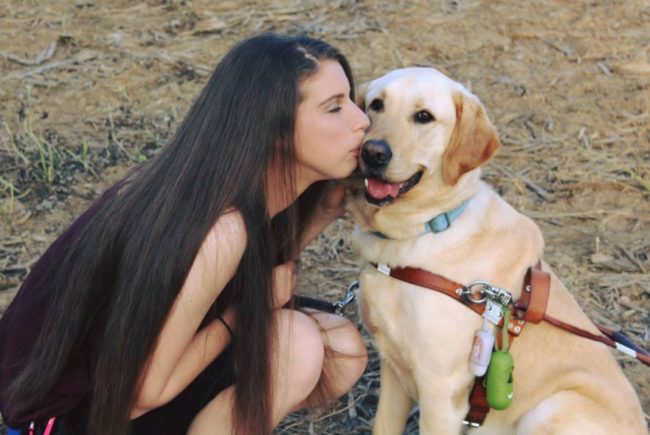 Now that Thai’s been exposed, here’s hoping his family decide to take him into the store themselves on at least a few occasions. How can you say no to that face?