Many people (including myself) find the voice of a GPS to be incredibly obnoxious. Even worse, however, is when they try to kill you.

Last year, a friend and I were driving up the East Coast when my GPS told me to make a sharp right turn into the Atlantic Ocean. Somehow, it had the idea that New York City had been washed out to sea. We laughed it off and opened a new GPS app, but this woman wasn’t as lucky. After her GPS went rogue, she found herself stranded near the southern rim of the Grand Canyon for five days.

Traveling by yourself can be dangerous, but this wasn’t 24-year-old Amber VanHecke’s first solo adventure. She’d already visited Yellowstone, Yosemite, and the Redwood Forest, and was now ready to take on the Grand Canyon. She posted her itinerary on Facebook and hit the road. 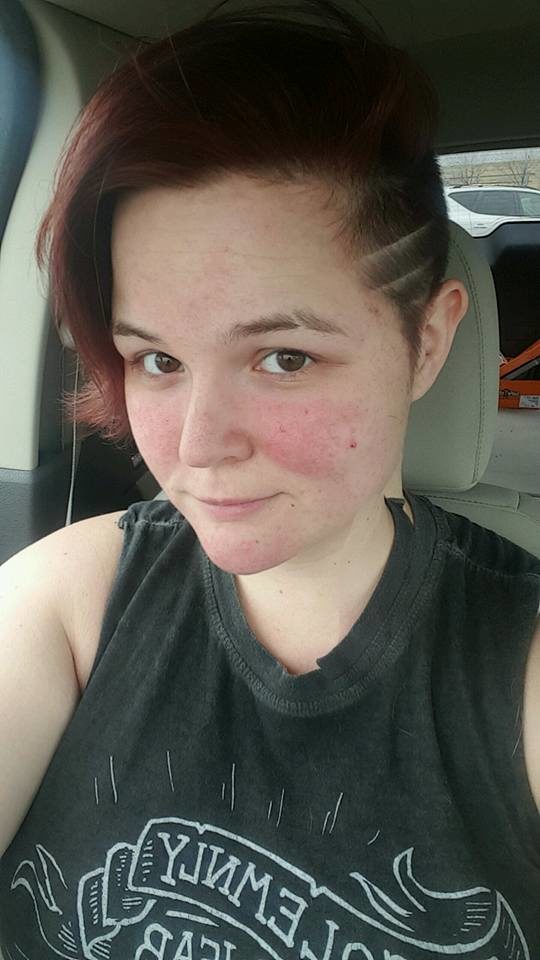 After touring the southern rim of the Grand Canyon, VanHecke set her destination to Havasu Falls Trail Head in Google Maps. She had 70 miles until she ran out of gas, but the route was only supposed to be 40 miles to the nearest highway.

Unfortunately, that’s when Maps failed. VanHecke trusted her GPS when it sent her down a dirt path off the main road but found herself blocked by a fence miles later. By the time she found the main road again, she was completely out of gas.

Over the next five days, VanHecke constructed various signs in hopes of rescue. Below, you can see the”HELP” sign she made out of rocks on the third day. She also rationed her food and water and estimated that she could survive for just over two weeks. 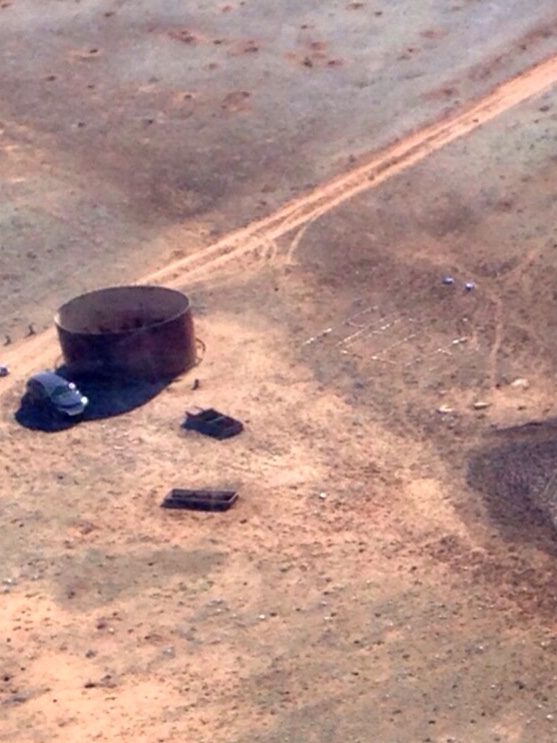 Frustrated by a truck that flew past without noticing her, VanHecke also constructed a road barrier. On the fifth day, however, she grew tired of waiting. After hiking 11 miles, she finally got cell service and called 9-1-1. 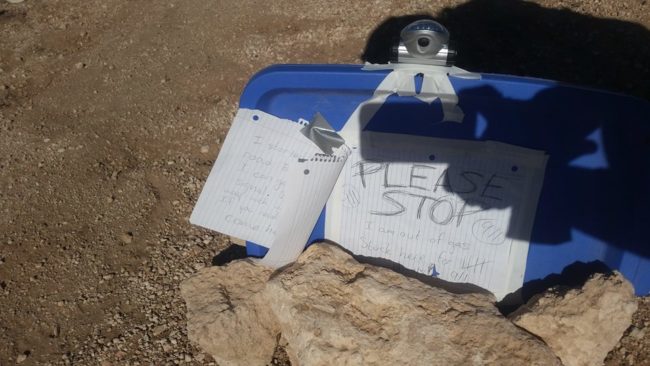 The call dropped only 49 seconds in, but the brief exchange was all it took for a helicopter to locate her. VanHecke had nearly hiked all the way back to her vehicle by the time help arrived. She was airlifted to the nearest hospital and received fluids, food, and rest. 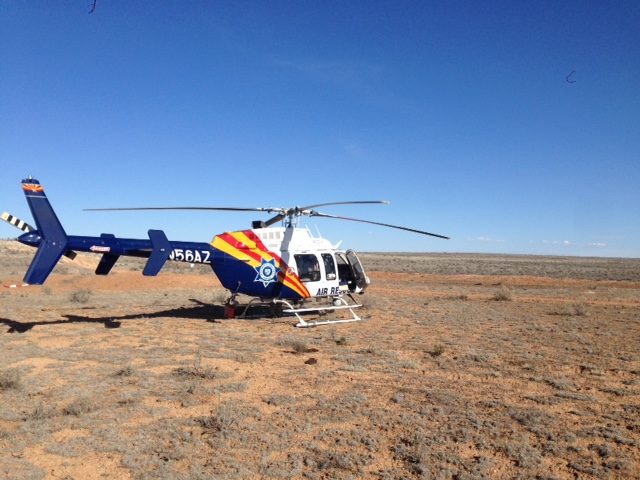 To see more, check out the video below or click here to read the story in Vanhecke’s own words.

Read More: This Cop Thought A Traffic Stop Was His Biggest Problem…Then He Saw Them Running

When VanHecke went looking for adventure, this was NOT what she had in mind! Luckily, she survived to tell the tale. Be sure to share this story with your friends and family. It’s a great reminder of why it’s important to be prepared when traveling.