She Found A Stray That Wouldn’t Stop Crying. Then The Dog Revealed Her Hiding Spot.

It’s very unfortunate and heartbreaking when dogs are abandoned by their owners, especially when they have more to care for than themselves.

Earlier this year, people in Fowler, California, began reporting sightings of a stray dog that appeared to be pregnant. According to Pinky Paws ResQ, she “was dumped in the country for who knows how long.” After being contacted by a number of witnesses who’d seen the stray, volunteers from the animal rescue organization started keeping an eye out and eventually caught the dog they came to call Betty Boop.

The woman who rescued her knew that the dog had recently given birth and worried about the puppies’ well-being. Betty Boop must have been concerned too, because she escaped the first time she was caught. After grabbing her for the second time, the woman took her outside and played sounds of crying puppies on her phone, hoping the dog would take her to her babies. 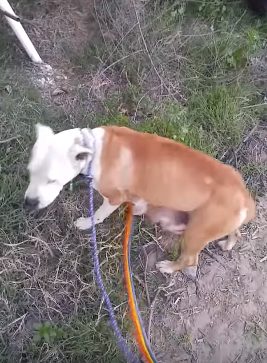 Shortly after hearing the sounds, Betty Boop led the woman on a two-mile walk. Whenever they paused for a break, she wouldn’t stop whining. 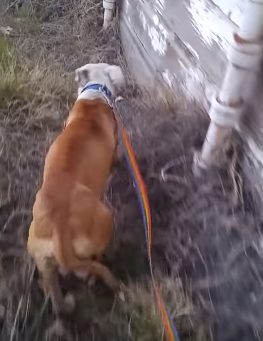 They eventually reached an abandoned farmhouse where the dog went inside and straight to a hole in the floor. 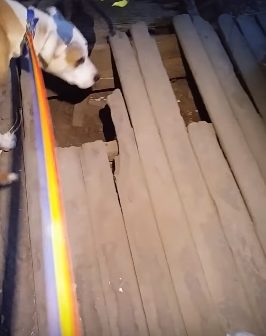 That’s where the woman and other rescuers found the puppies she was hiding.

Ten of them, to be exact! “She trusted me to show me where her 10 puppies were found,” the woman writes. “This is truly a miracle to me.”

Betty Boop had apparently been walking for miles every day to scavenge food for for her babies. Now they’re all in good hands and Mom is much healthier thanks to the organization’s efforts.

It brings tears to my eyes to see how happy Betty Boop is knowing that her little ones are safe and cared for. If you’d like to help the organization rescue other stray animals in need, you can donate here.