Nearly 40 years ago, a very bright, but very troubled, young man decided to build something. He meticulously labored over it for weeks until it was finally complete. Within days of completing his project, the boy was found dead.

When police arrived, they discovered what the boy had been building for all those weeks…

It was a suicide helmet, hand crafted and designed to deliver nine shotgun shells simultaneously to his head. 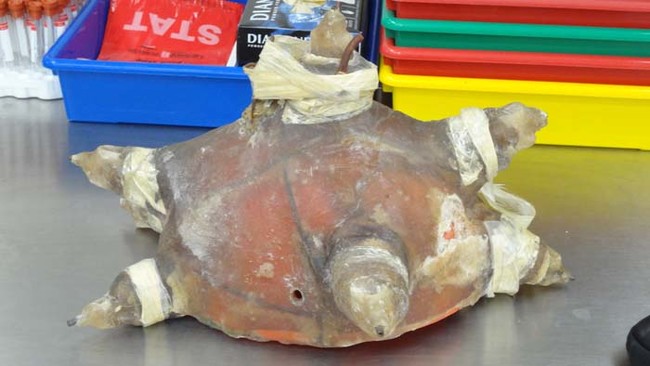 A shell was placed inside each of the helmet’s hollow metal tubes. Then a nail was fitted at the end of each tube. 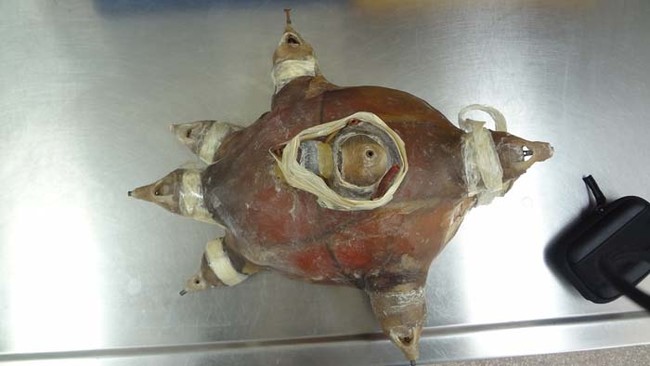 The nails were wired together to an arc welder, which provided the electricity that would ignite the primer and fire the shells. While it’s now missing from the helmet, the police believed that the wiring was made from old coat hangers.

The entire helmet is also covered in a fiberglass/epoxy material that kept the helmet together when the shells fired. 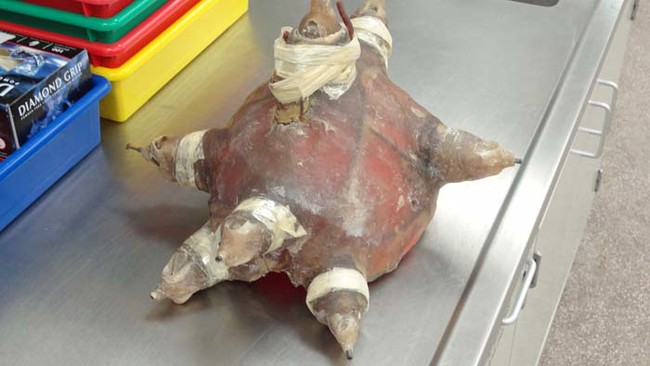 The nail at the top of the helmet was wired as a manual backup that could be set off if the other shells failed to fire.

The inside of the helmet. You can see the holes where the shells fired. 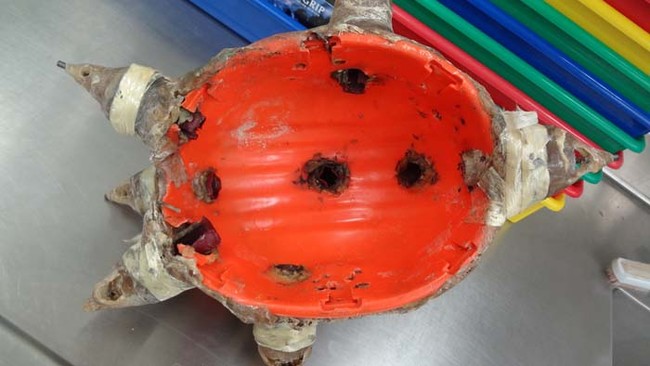 It’s tragic to think that such a brilliant mind was so focused on its own destruction. If you are having suicidal thoughts, or know someone who is, please contact someone at a suicide hotline or website. It could save a life.