Superheroes are great, with their multitude of powers and some pretty awesome outfits to boot. But did you know that there are creatures whose skills surpass those of puny humans? You might even interact with some of these superpowered heroes all the time. Others, however, live in secluded, hard-to-access places, but they all have incredible and real abilities that will make you a little jealous. 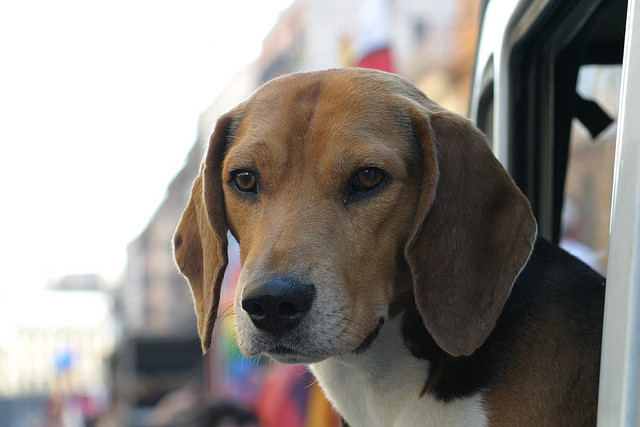 Dogs can detect the earliest traces of cancer via a person’s breath. We’re only now learning how to use their skills for medical purposes. 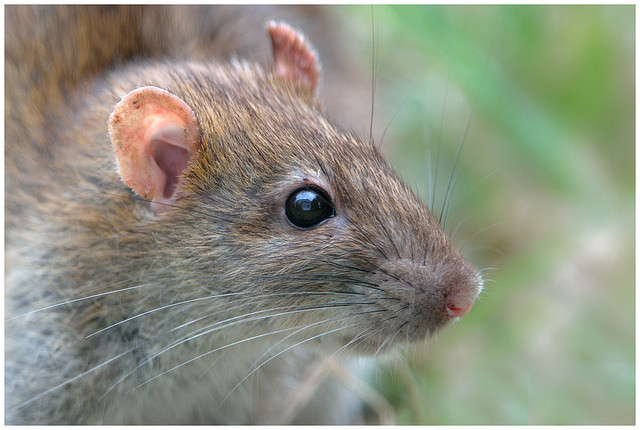 Scientists are still unsure as to why they’ve developed this trait.

3. Sea cucumbers can get out of tight places. 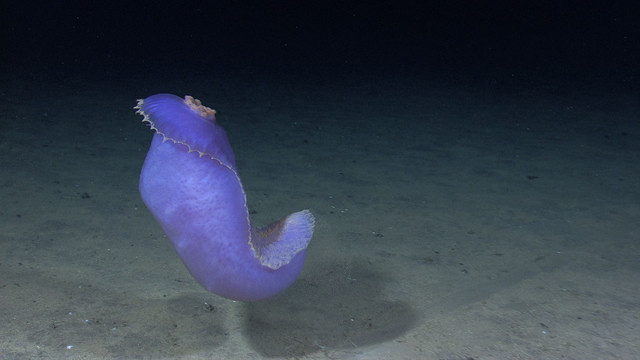 They’re able to liquify their bodies and slip right out.

4. Cuttlefish are masters of disguise. 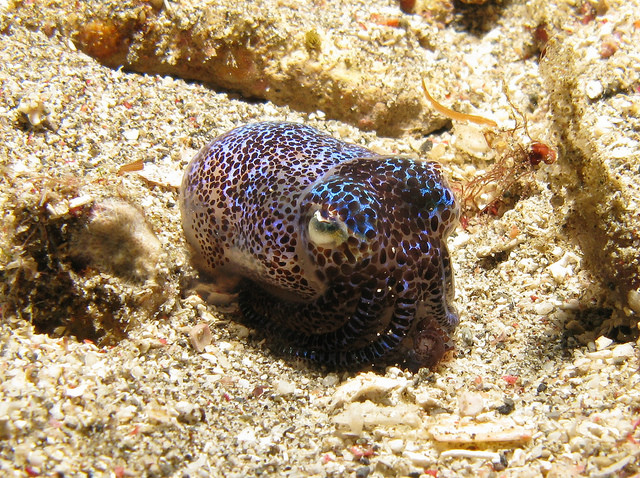 These cephalopods can take on the color and shape of just about any sea creature out there. Plus, they look like little baby Cthulhus, so there’s that. 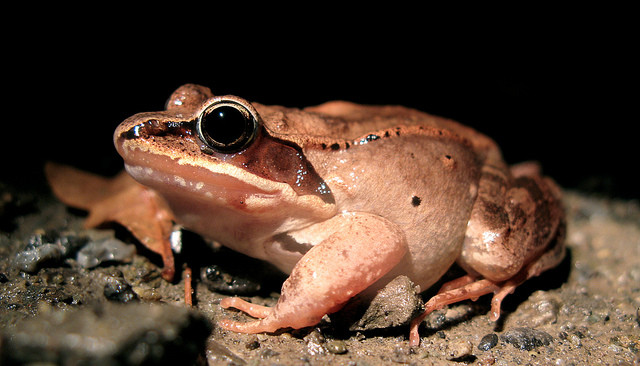 The wood frog is totally fine if its blood freezes solid. It just wakes up in spring. 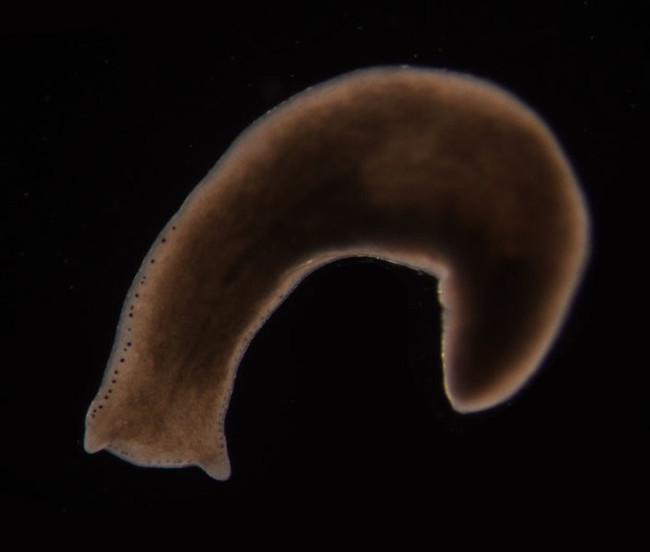 The Planarian flat worm can grow a new head if beheaded. The new head will remember everything the old head did. 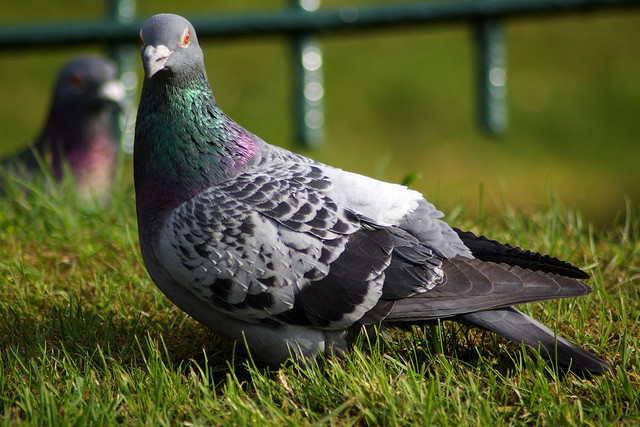 Pigeons are one of only six animals who can recognize themselves in a mirror, and the only non-mammal. They also recognize human faces.

8. The hairy frog fights with its own bones. 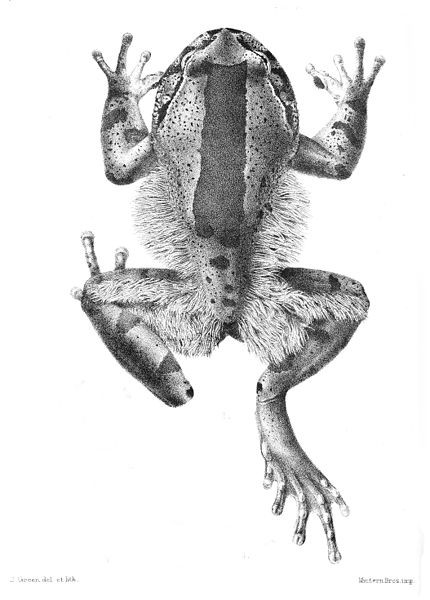 When threatened, this frog, named for its fringy additions, can break off a nodule of sharp bone in its feet and push those sharp bits through its own skin for defense.

9. Kangaroo rats can go without water. 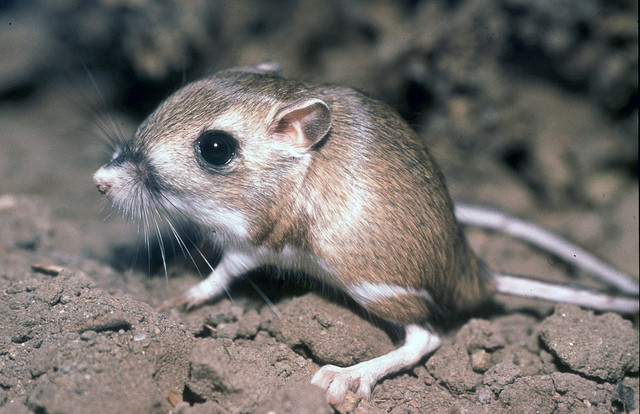 The camel can go for 15 days without water, which is impressive, but some species of kangaroo rat have been observed going for five years without a drink.

10. Dolphins can stay up all night. 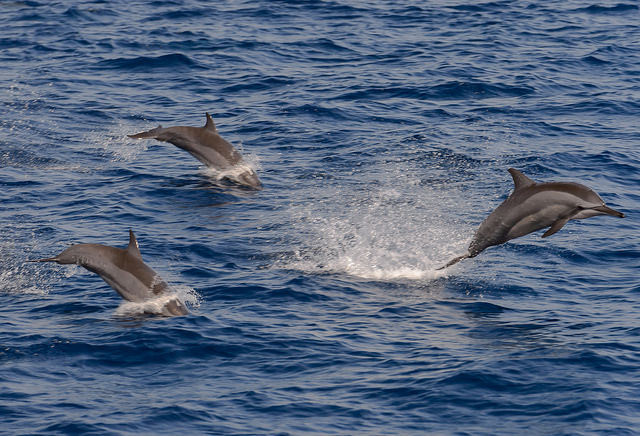 And the night after that, too. Dolphins have been known to stay awake for 15 days, because they can put one half of their brains to sleep at any time. 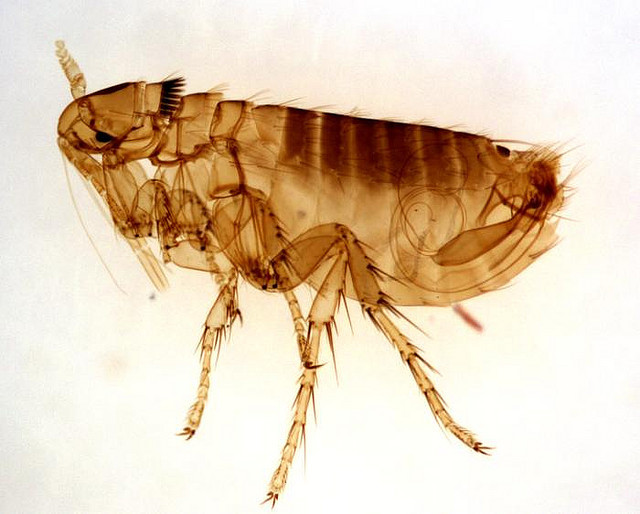 Fleas can jump up to 220 times their own body length.

12. Cave crayfish can live for a really long time. 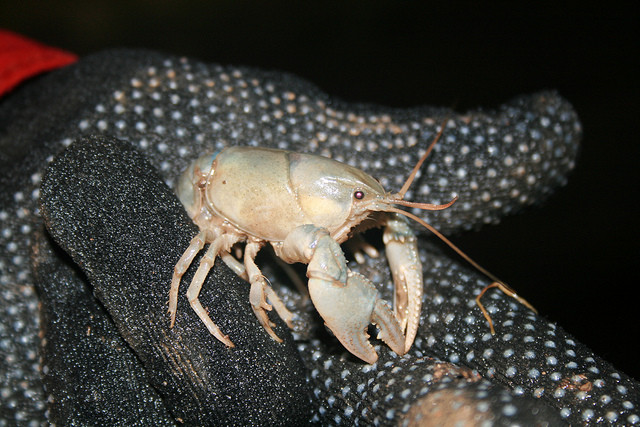 Regular crayfish have a lifespan of about six to seven years. The cave crayfish, though, can live to be 175.

13. Horned lizards have a freaky attack. 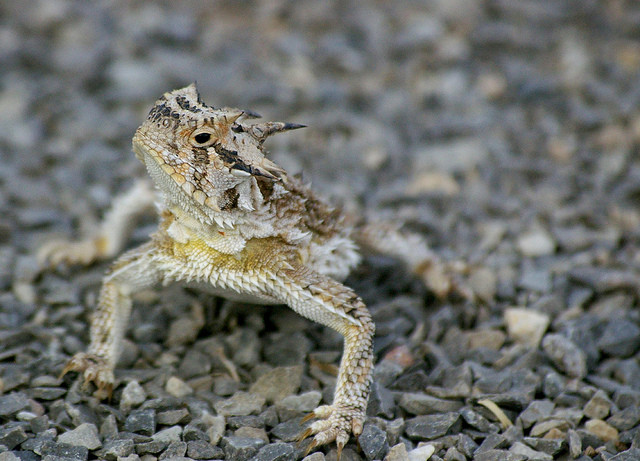 As a defense mechanism, this lizard shoots blood out of its eyes. 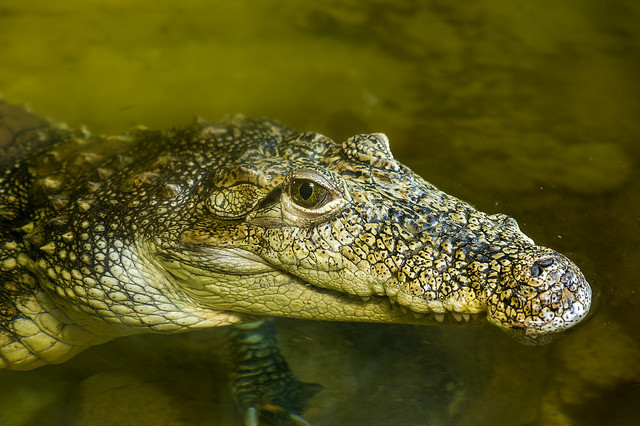 Crocodiles swallow large stones that stay in their stomachs forever. One theory as to why is that the weight helps them dive.

15. Lyrebirds can imitate just about anything. 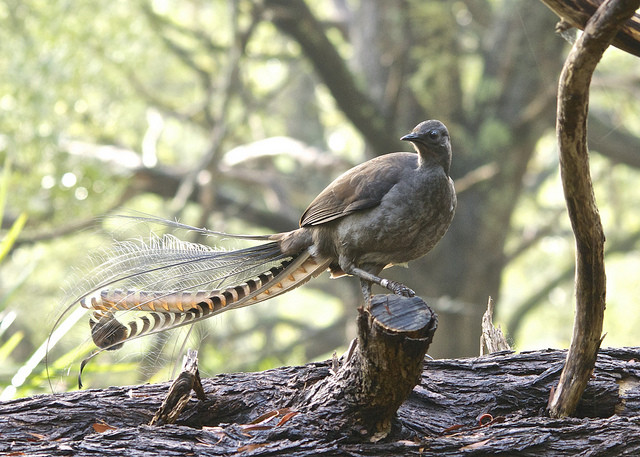 Besides having a really impressive tail, these birds can mimic just about any sound, and have the most advanced vocal cords in the world.

16. Alpine ibex can walk up hills. 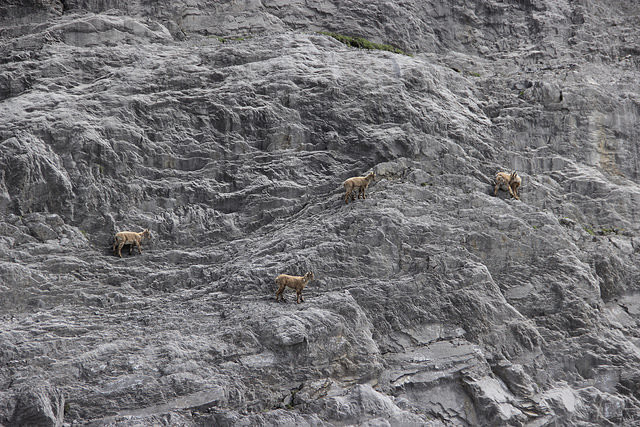 These mountain goats have been seen casually walking up nearly vertical cliff faces in search of salt deposits. 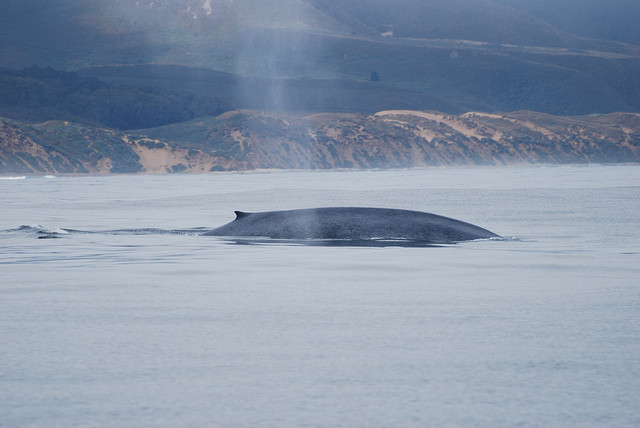 This makes sense, seeing as how they’re the largest animals, but their heartbeats can also be heard from two miles away.

18. Mantis shrimp can do just about anything. 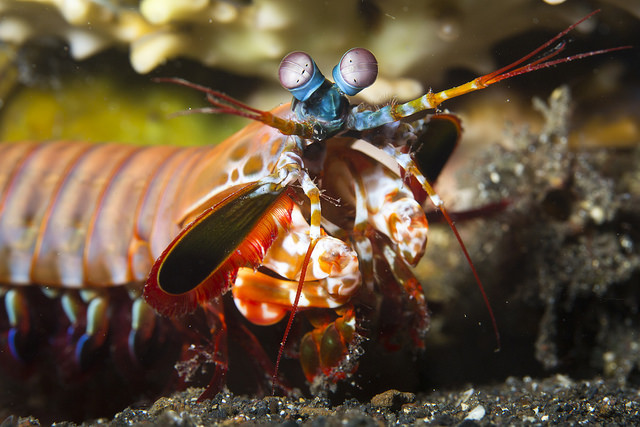 For one thing, they have trinocular vision, seeing from three areas of their eyes, and they have something like 16 color receptors — whereas humans have only three. They also pack a serious punch, sending out shockwaves through the water that have been known to shatter aquarium glass.

19. Tardigrades are impossible to kill. 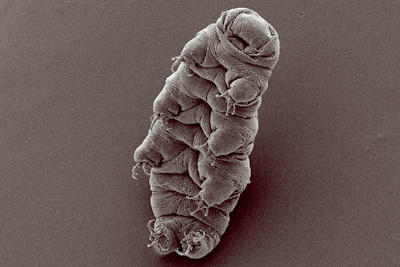 No, we mean that. These things can survive super-high doses of radiation, intense heat, and even the vacuum of space. They also haven’t changed in billions of years.

20. Elephants hear with their feet. 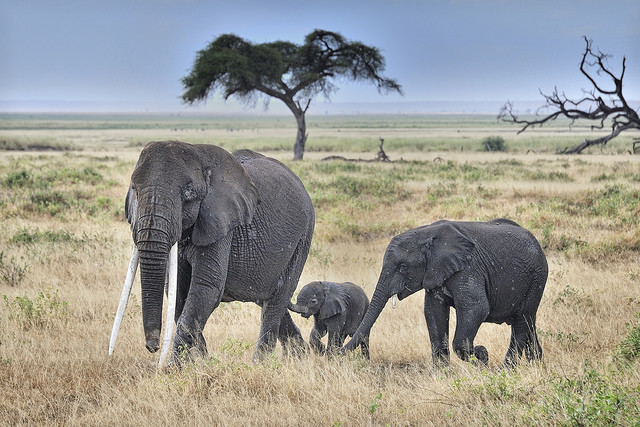 They hear with their ears, too, but they can pick up low-frequency sounds through the ground via the sensitive soles of their padded feet.

If you’re feeling a little inadequate in the face of all these awesome skills, remember that humans are among the billions of creatures making up this planet, all with unique abilities. Be happy there are such fascinating creatures to share a home with!