Have you ever woken up in the middle of the night and had the creepy feeling that something was wrong?

Most people are afraid of finding intruders in their homes, but for this woman from London, England, the fear became real when she noticed an unexpected guest in her kitchen one early morning. Meloney Blayze had recently gotten up at 4 a.m. to let her cat, George, outside through the kitchen window before going back to sleep. But when she woke up later and made her way back to the room, she realized something had made itself at home in the cat’s bed — and it definitely wasn’t George.

“When I came downstairs, and walked passed the kitchen into the bathroom, I did a double take as in the kitchen window I could see a pair of huge ears,” she said. “I thought, ‘hmm, those are not the cat’s ears,’ and I turned the light on to look at what was in the cat’s bed – and it was a fox.” 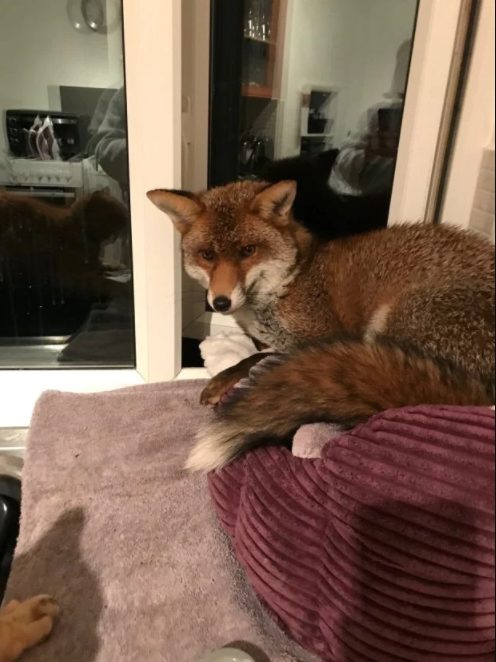 George was less than pleased when he came back, but despite his hiss-filled protests, the fox didn’t budge. “He was very tame. He did not want to leave,” Blayze said, adding that he didn’t seem to be frightened at all. She had to tilt the bed toward the window to finally coax the friendly animal out. 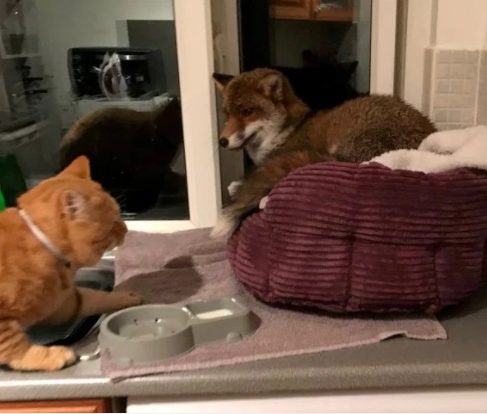 Unfortunately, this incident may have something to do with the freezing temperatures sweeping across the U.K. right now. Here’s hoping the little guy finds shelter from the cold.