She Didn’t Think Much Of A Toy Bear Until Her Dog Stepped On It. Then She Heard This

Military members sacrifice so much when they’re away from home, and having a way to connect with their kids is so important.

A few years ago, one company called Bday Bears provided active duty military members with teddy bears so they could record a message to their loved ones. A man stationed overseas in Afghanistan recorded the following message for his daughter: “Merry Christmas from Afghanistan. Daddy misses you and misses you. I want to wish you a merry Christmas and a happy New Year. I’ll see you soon and I love you.”

That’s the message that Amanda Fields heard when her dog stepped on a teddy bear her daughter Amaya was given by a neighbor. Immediately, she knew the bear was special and that she had to find its owner.

Fields, who lives in Indiana, reached out to Bday Bears, but they said there was no way to track the bear. That’s when she took to Facebook and social media to find the bear’s owner. 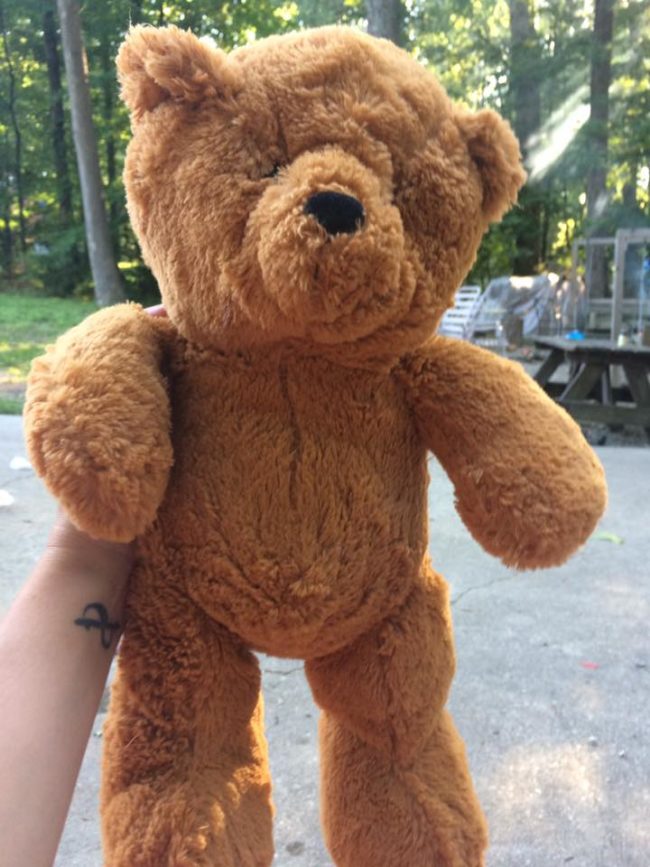 Sometimes social media truly can bring us together. This bear has been on quite a journey, and it’s so great that it will be returned to its rightful home. Share this if you support our military members and their sacrifice.