18 Halloween Costumes That You Absolutely Should Not Wear This Year

As soon as the leaves begin change colors, there’s only one thing on most people’s minds: Halloween.

It’s that time of the year where it’s socially acceptable to dress up in creative costumes and go from house to house begging complete strangers for candy. But nothing ruins the tricks and treats quite like an outrageously offensive costume. While it may be funny or creative in your mind, doesn’t mean the same holds true for everyone around you.

So to help ensure everyone around you has an epic time, here are 18 offensive Halloween costumes to steer clear of this year. 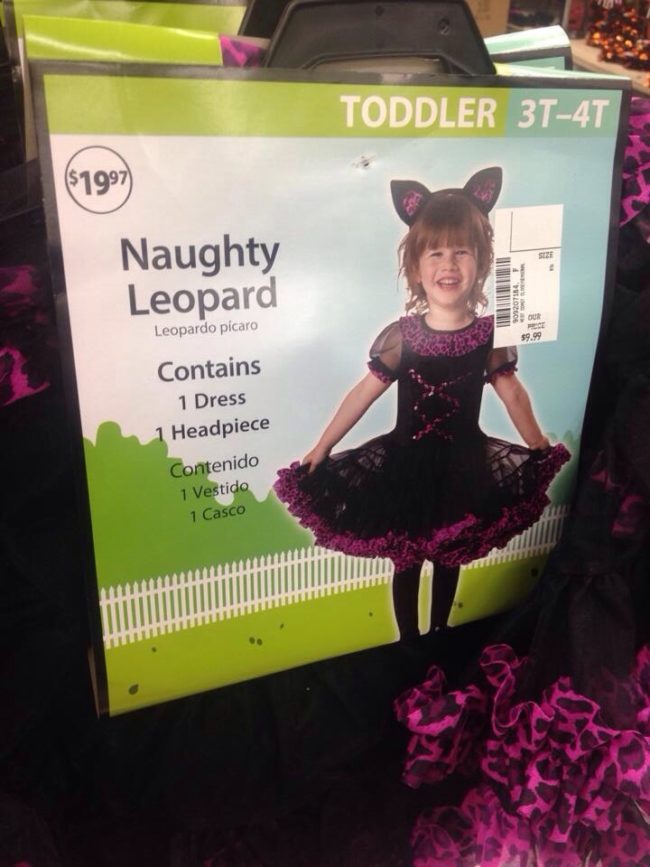 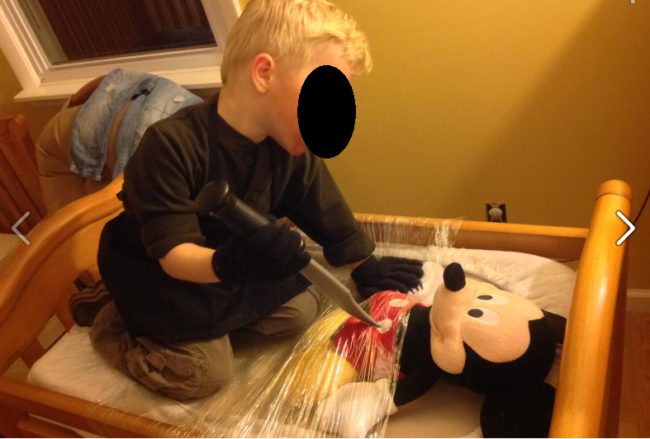 3. Marketed as a “WWII surviver costume,” let’s call it what it really is — a weak attempt to make light of a terrible situation. Let’s not disrespect Anne Frank, okay?

4. There’s nothing funny about eating disorders.

5. This costume is anything but charming. 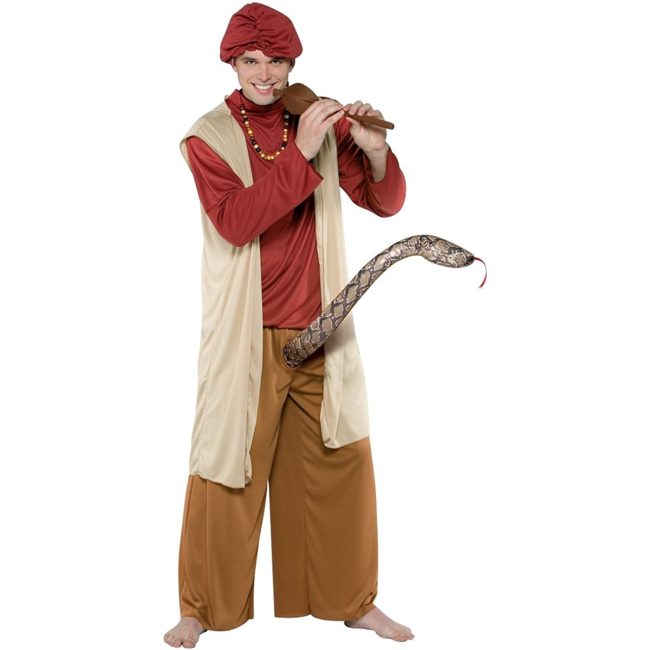 6. Somebody forgot to eject this couple’s costume from the Internet. 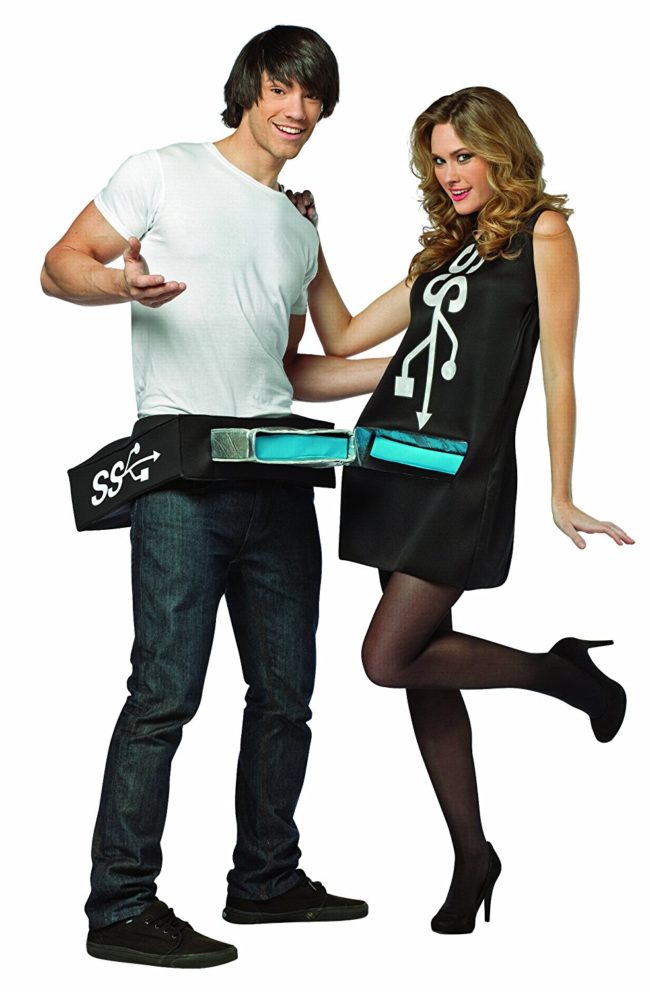 7. Turning a news story into a costume is almost always a horrible idea…especially when it involves blackface and domestic abuse. 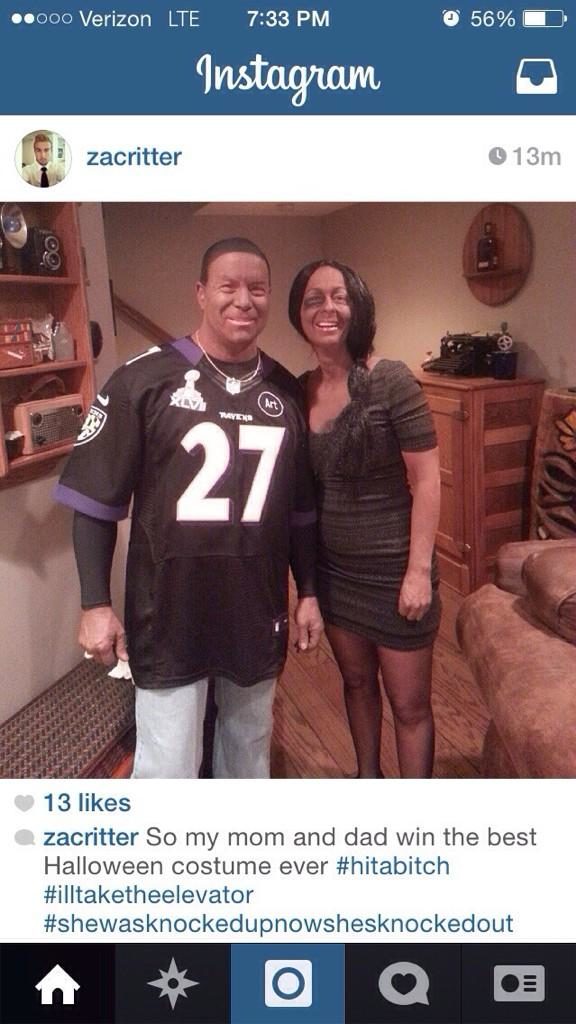 8. Haven’t women suffered enough without being catcalled by a talking tampon on Halloween night? 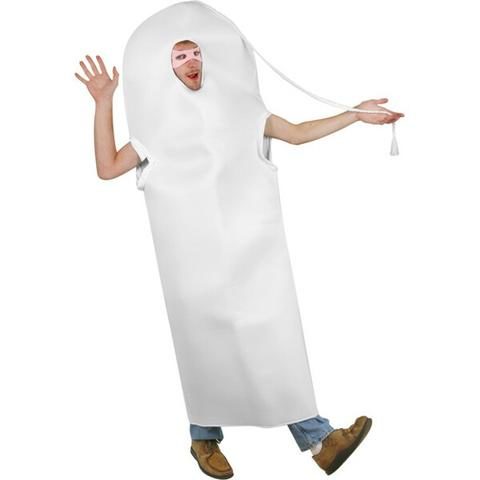 9. Did anyone else have to do a double take? 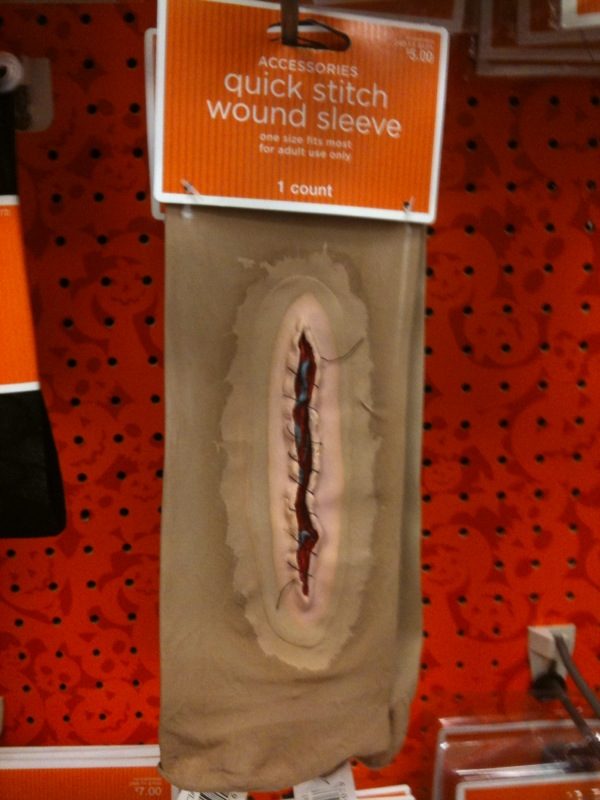 10. I’m not sure it’s necessarily a good thing that this costume is sold out. 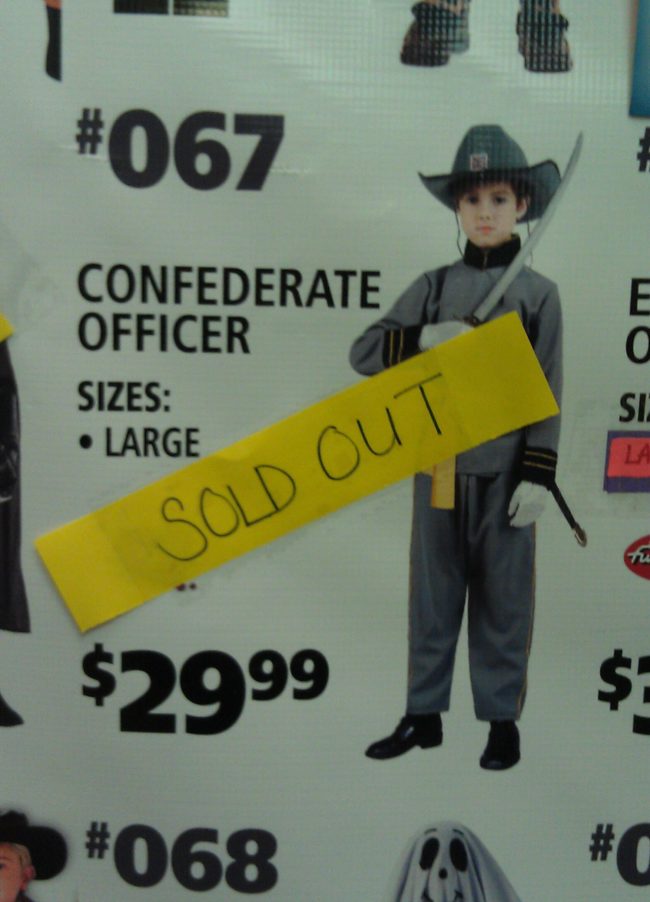 11. Aren’t they a little too young to be dressing up as party drug monsters? 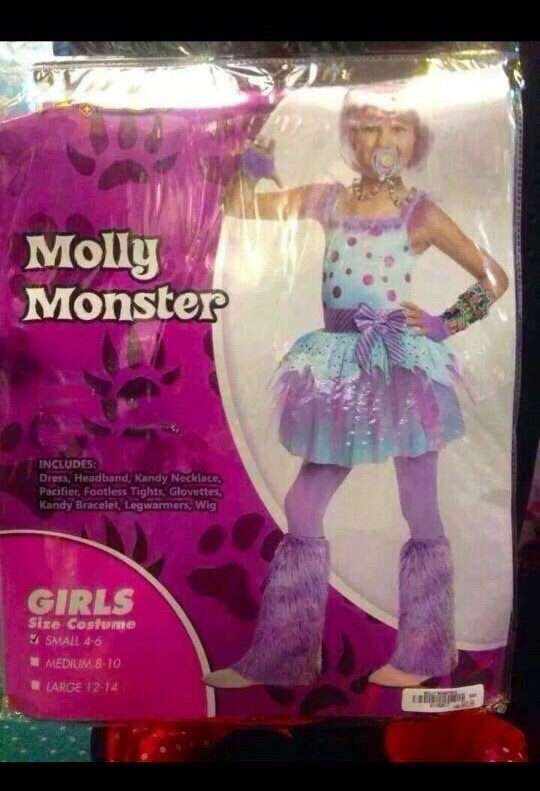 12. I don’t care if you were trying to get political, no one wants to see this. 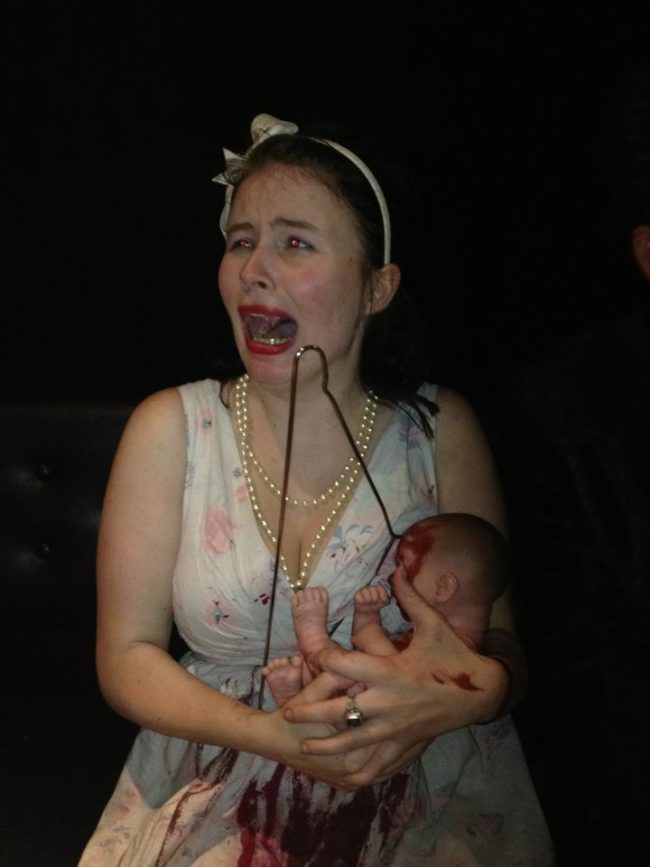 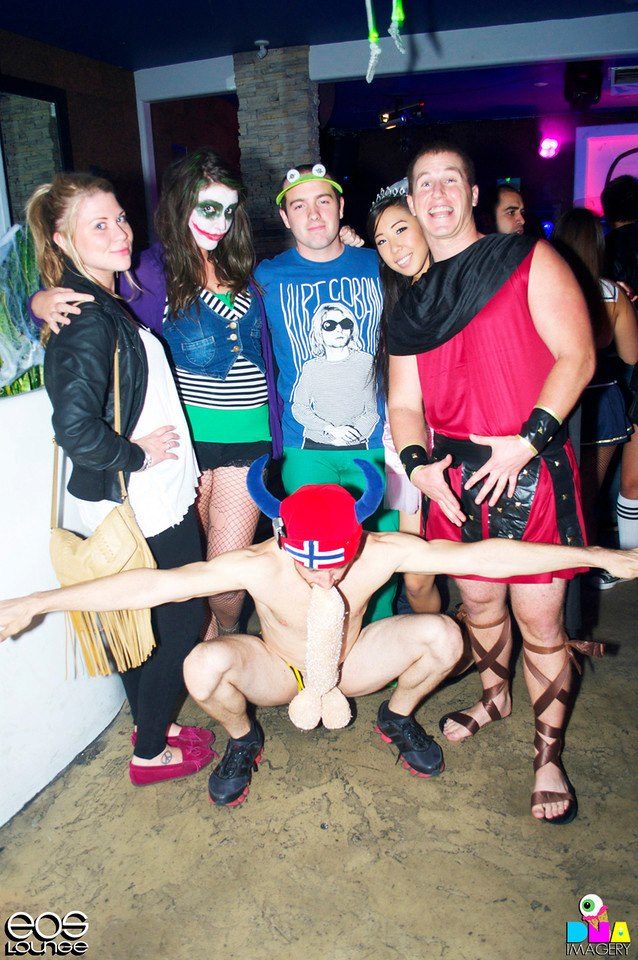 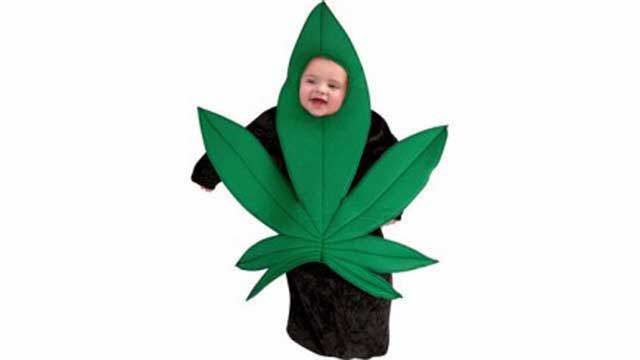 15. There are better ways to start “the talk” with your children. 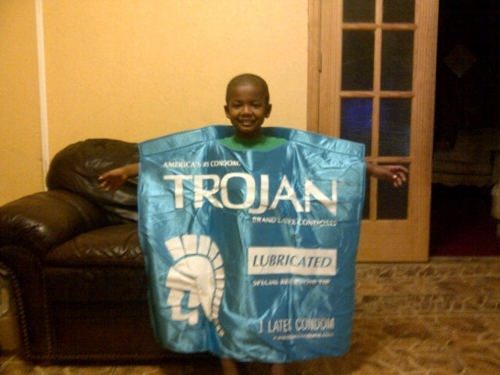 16. I’ve never seen a single “Human Centipede” movie, so I certainly don’t want to see it out on the streets. 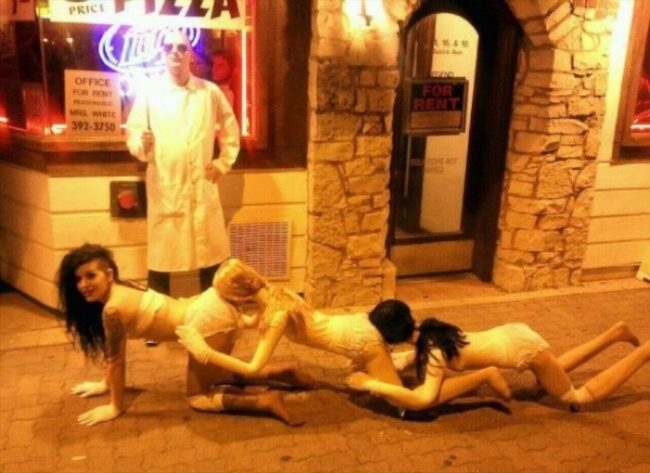 17. I’m going to ignore everything else problematic with this costume and ask the question on my mind: is she biting her baby? 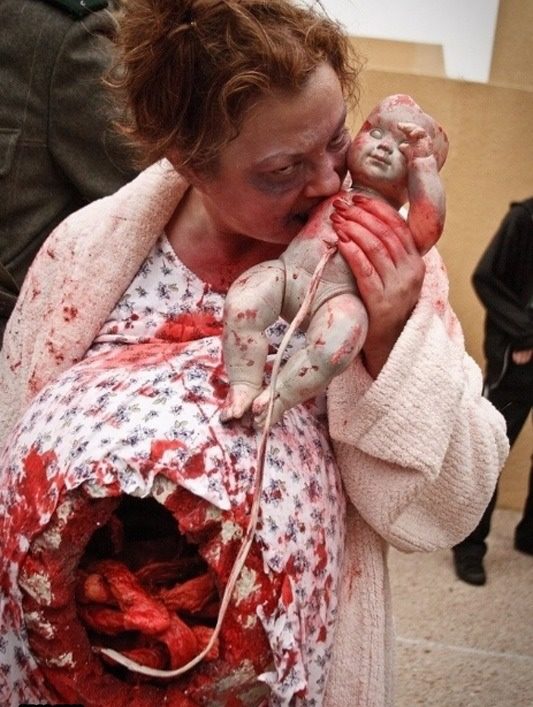 18. Never Forget how awful this idea is. 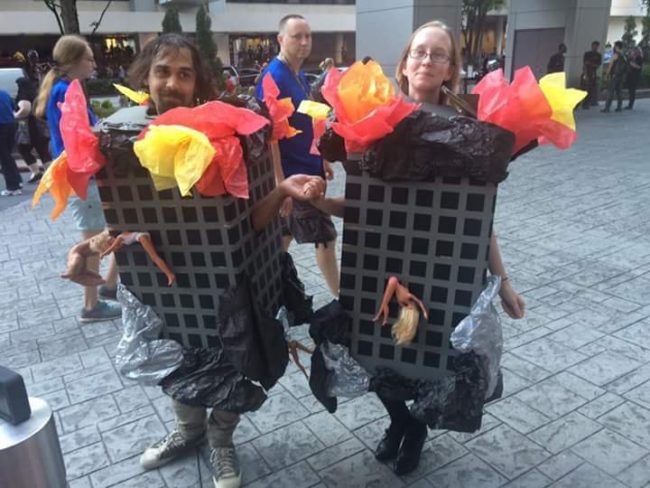 Yeah, I don’t think there’s a time or place for any of these, Halloween or not.