Teachers are rarely ever compensated what they deserve, often paying out of their own pockets for books and supplies their students need.

Imagine being an educator and working your ass off shaping the minds of tomorrow only to receive zero raises and watch the money that could have helped you out in the classroom go straight into your higher-up’s pocket. That’s what inspired Louisiana teacher Deyshia Hargrave to speak up at school board meeting. It’s also what got her arrested shortly after.

On January 8, the Vermilion Parish School Board held a meeting, during which Hargrave stood up and questioned why Superintendent Jerome Puyau would be receiving a raise when other teachers and school employees hadn’t gotten one in years. NPR reports Puyau’s salary jumping from around $110,000 to more than $140,000. 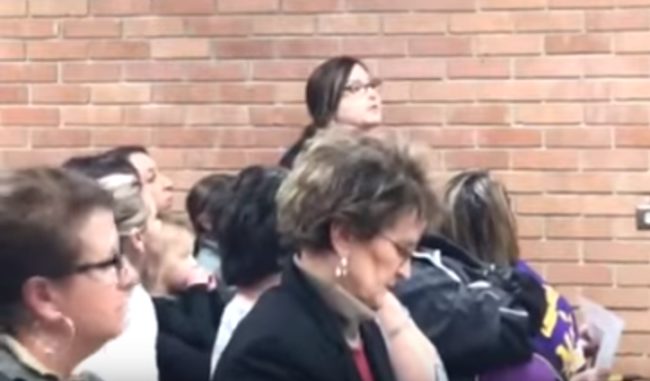 The board members refused to answer her question or address it further, attempting to move the meeting along. When she again voiced her opposition to the raise, a deputy city marshal paid by the school board told her she’d need to leave or she’d be physically removed. 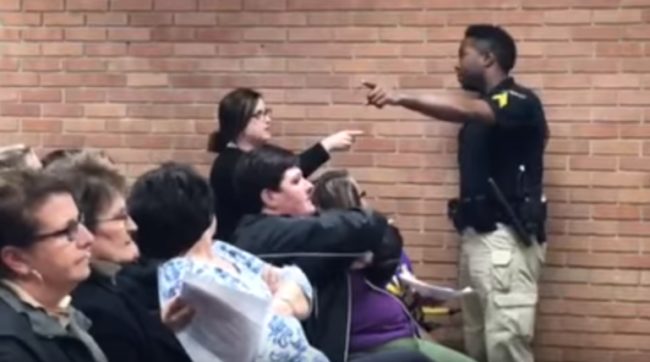 She complied and left, but moments later was forcibly put into handcuffs after appearing to have been pushed onto the floor. 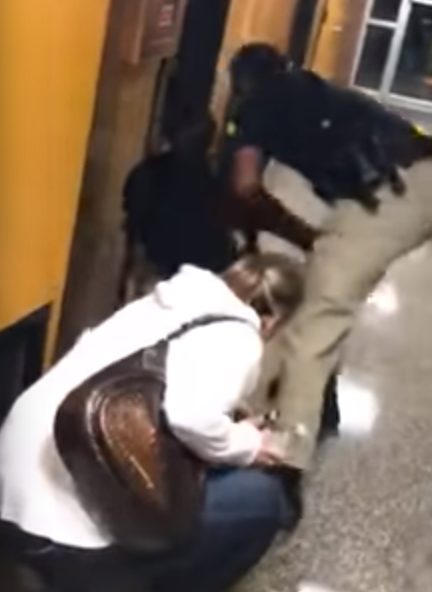 She was arrested and booked into jail overnight, though she won’t face any charges. Watch the incident as it plays out below.

Here’s what Hargrave had to say after her ordeal.

The ACLU of Louisiana released the following statement regarding the meeting:

Deyshia Hargrave’s expulsion from a public meeting and subsequent arrest are unacceptable and raise serious constitutional concerns. The Constitution prohibits the government from punishing or retaliating against people for expressing their views, and the fact that a schoolteacher was arrested at a public meeting of the school board is especially troubling. The ACLU of Louisiana will continue to investigate this incident and defend the constitutional rights of all Louisianans.

Being able to raise our voices against injustice is our right under the First Amendment. There was absolutely no reason to arrest Hargrave, who was only looking out for the best interests of her colleagues and students.