This Farm Doesn’t Grow Anything, But What They Do Is Terrifying And Necessary.

The Freeman Ranch is no ordinary ranch. Instead of growing crops or raising cattle, they do something else entirely. Something that might make you a bit squeamish.

Strewn across the 16 acre farm are the bodies of about 50 naked humans in different states of decay. No, this is not some sort of serial killer hideout. The Freeman Ranch is one of five so-called “body farms” in the United States.

Warning. These photos might be a bit disturbing for some readers.

The Freeman Ranch is part of the Forensic Anthropology Center at Texas State University. It is one of the premier research institutes for studying how the human body decomposes.

The research from the Freeman Ranch has been invaluable to law enforcement agencies around the world. It’s made doubly valuable by the fact that a similar “farm” would be illegal in Europe. 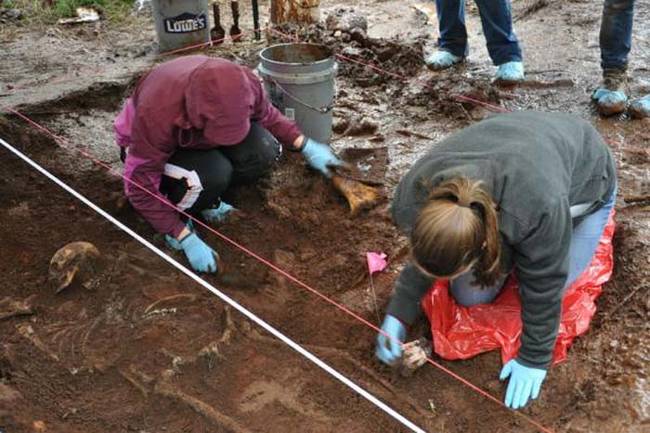 Donated bodies are used by researchers to see the effect of different weather conditions and terrain setting on the decomposition of human bodies. 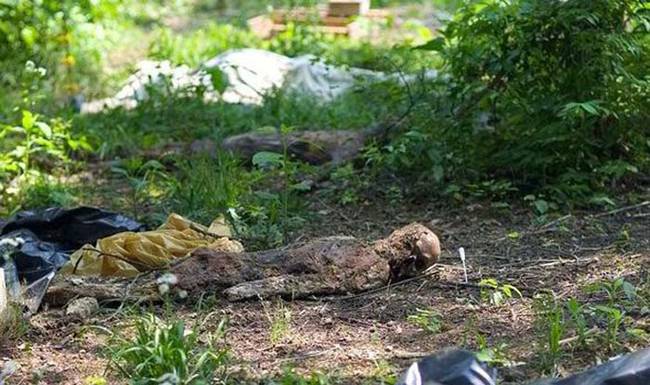 New bodies are delivered to the ranch several times a month. Researchers and graduate students must then clean and catalog the new bodies before they are put out into the field. 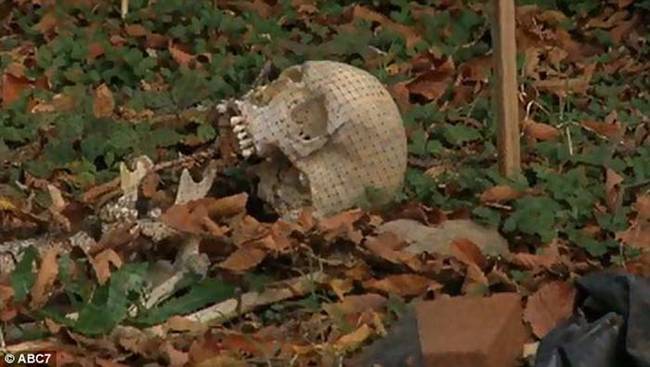 The new bodies are either placed out in the open where they are accessible to wildlife, or they are placed inside a two-foot-high cage. The former method allows research to see the affect of bacteria and insects on decomposition.

The body goes through three stages of decay when it’s inside the cage (pictured below). During the first stage, the body bloats out because the bacteria inside release gases as they consume the body’s carbon. Next is advanced decay. This happens after the body bursts and releases decomposition fluids. Finally, there is the dry decay stage, which comes when nearly all flesh on the body is consumed. This stage is usually reached after several weeks, and is the stage most of the bodies at the Freeman Ranch are in. 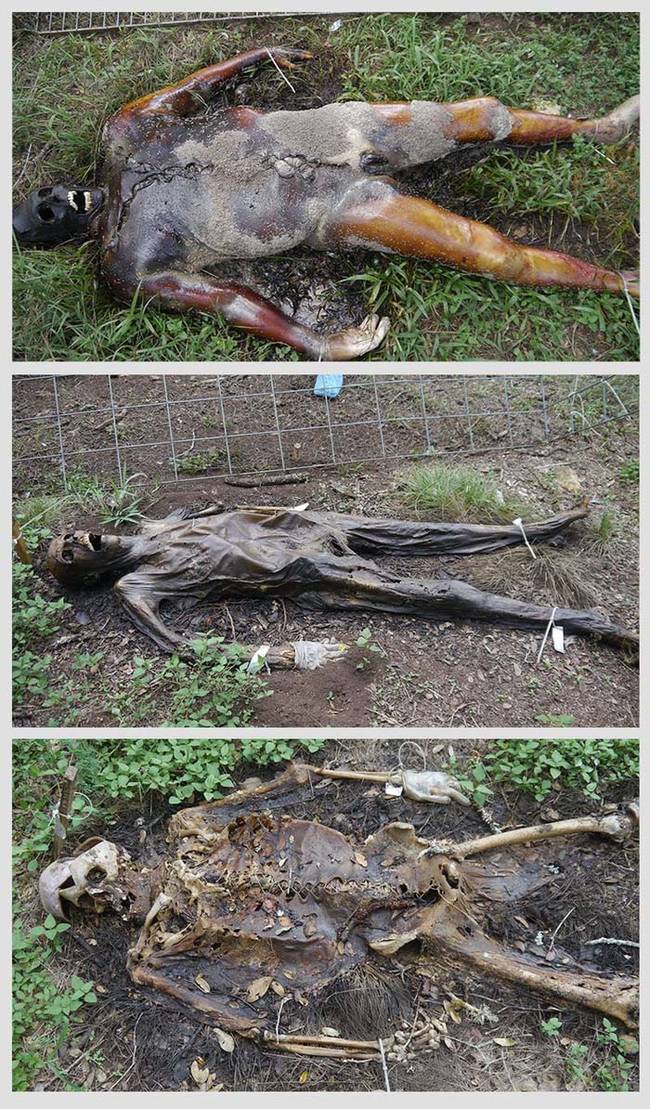 This is what a body looks like after several weeks when it’s not inside a cage. This mangled ribcage is the result of a feeding frenzy of vultures and other wildlife. 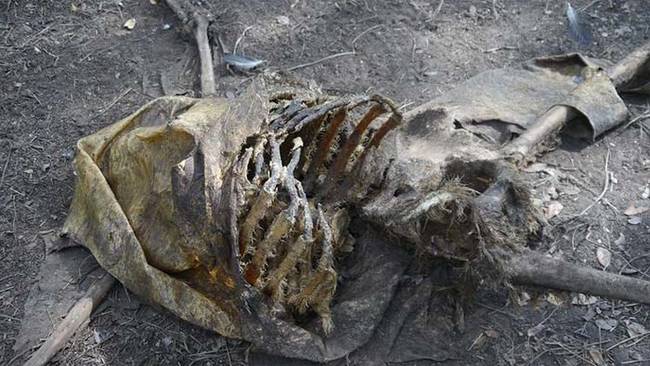 Due to the nature of the research, Freeman Ranch has a high tech security system and is under constant surveillance. However, researchers there say they have never had a problem with people trying to break in.