Over the past several months, we’ve seen an uprising of women telling their stories about sexual abuse and harassment.

The current iteration of this movement began when Harvey Weinstein, a big shot Hollywood producer, was revealed to have harassed and assaulted dozens of women, including big names like Gwyneth Paltrow, Rose McGowan, Angelina Jolie, and Lupita Nyong’o. Even more devastatingly, some actresses with less influence came forward saying their careers had been sabotaged by Weinstein after their assaults, leaving us all to wonder whose names would be headlining movies if these women hadn’t been shut out through no fault of their own.

As a result of this, the #MeToo campaign came into focus. Tarana Burke created the hashtag ten years ago to help survivors feel connected, but it recently took off, with women across industries sharing their stories. Still, one of the criticisms was that only powerful women could afford to confront their harassers. That’s why lawyers and Hollywood women have teamed up for a new campaign.

Called Time’s Up, this campaign is backed by 300 prominent actresses and female agents, writers, directors, producers and entertainment executives and focuses on ending sexual harassment both in Hollywood and in blue collar workplaces.

The goals of the #TIMESUP initiative-

The first goal of Time’s Up is to create a legal defense fund for less privileged women to protect themselves from sexual harassment, and it’s already raised more than $13 million. One of the reasons women feel they can’t speak out is an inability to pay for a legal team that will protect their job and livelihood. This is an incredible first step in protecting victims of workplace misconduct. 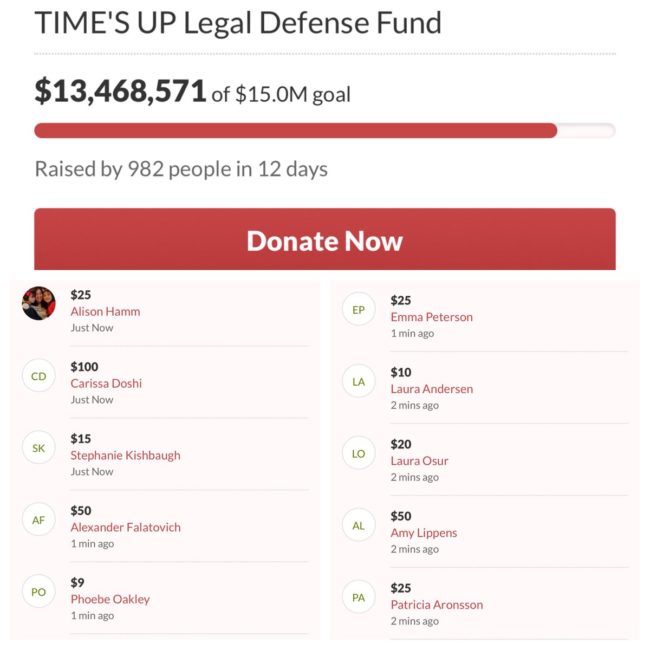 The Time’s Up campaign will also advocate for legislation that punishes companies who ignore persistent harassment and laws that discourage nondisclosure agreements for victims, which silence them. They will also be aiming for gender parity in studios and talent agencies, and to show their solidarity, actresses will be wearing black on the red carpet at the Golden Globes.

An open letter appears in @LaOpinionLA and @nytimes today from us to our sisters in the Farm Worker’s Union. It’s also a call to arms. We’ve started a legal defense fund supporting those across industries who’ve experienced abuse in the workplace. Join us. #TIMESUP (link in bio) pic.twitter.com/Zr5C4QgcXg

“It’s very hard for us to speak righteously about the rest of anything if we haven’t cleaned our own house,” said Shonda Rhimes, the executive producer of the television series “Grey’s Anatomy,” “Scandal” and “How to Get Away With Murder.” “If this group of women can’t fight for a model for other women who don’t have as much power and privilege, then who can?” Ms. Rhimes continued. 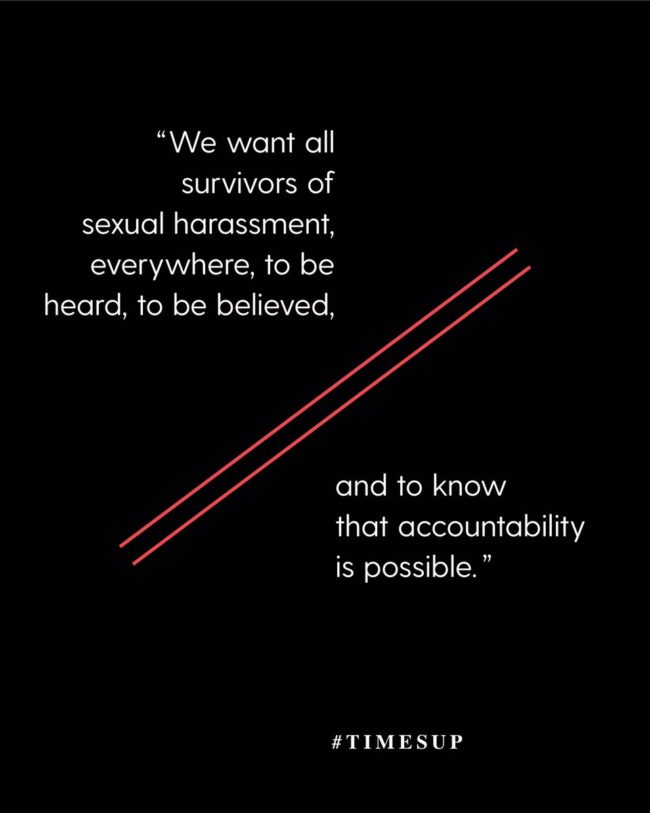 The movement is leaderless but is made up of working groups of volunteers, all of whom have tackled different parts of the initiative, with a focus on making sure minority voices are heard. Ms. Rhimes said to the New York Times that working with the group of women reminded her of a feeling she got as a child, when her mother took her around the neighborhood in a wagon to register black women to vote. “We’re a bunch of women used to getting stuff done,” she said. “And we’re getting stuff done.” 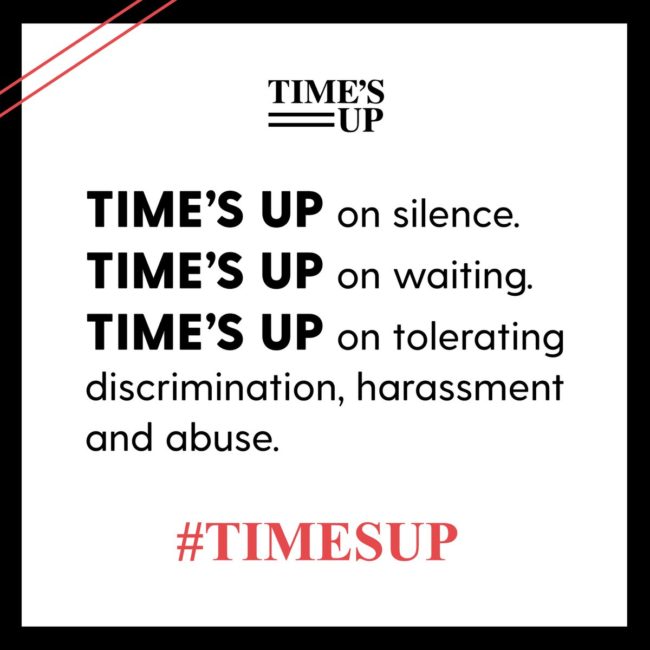 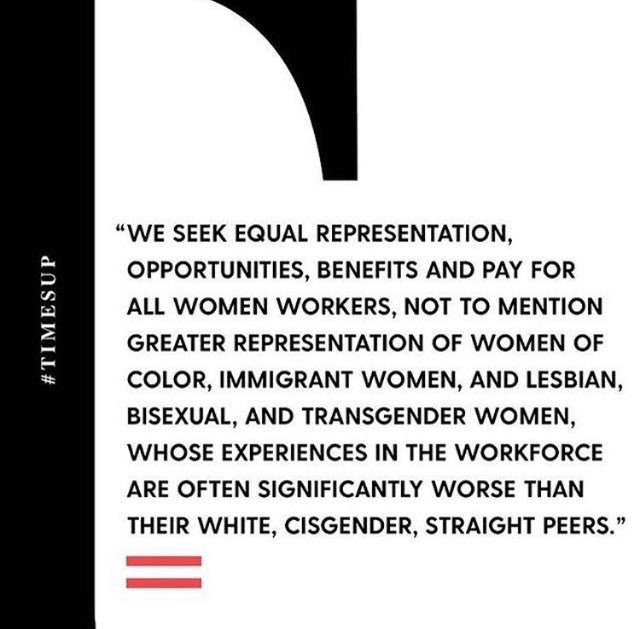 Ultimately, this is a step forward to combatting sexual misconduct, though time will tell how effective this initiative is. To see powerful women reaching out to help those without as many resources is moving and will hopefully effect real change across many industries. Time’s Up can be found on Twitter here.