Being a Google Maps engineer must be one of the best jobs in the world. You get to drive a cool car from Google and have the chance to document the world around you for all to see. It probably pays pretty well, too.

However, having all that Google swag can make you a target for people from all walks of life. Outsider interactions with the Google Street View car can result in some hilarious circumstances, or (more often) create some dangerous and uncomfortable scenarios. Don’t believe me? Just ask these 13 Google employees… 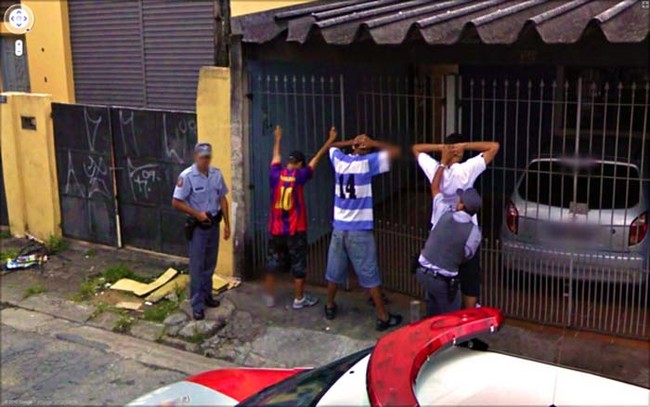 2. The remains of the overturned Italian cruise ship, the Costa Concordia.

3. Opening fire on the Google Street View car in Colombia.

4. The scene of a murder as seen from Google Maps. 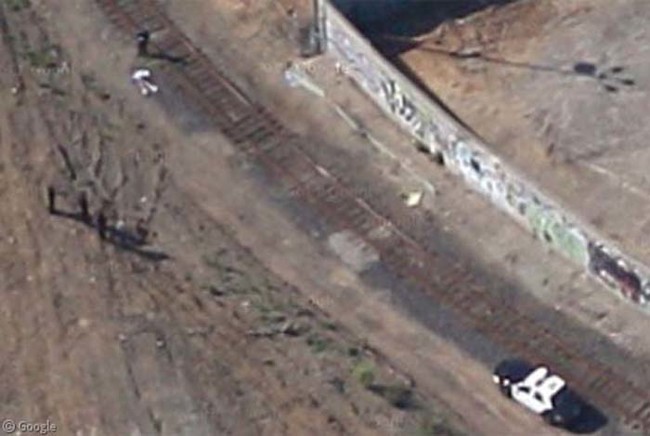 5. These guys are clearly not happy to see the Google van. 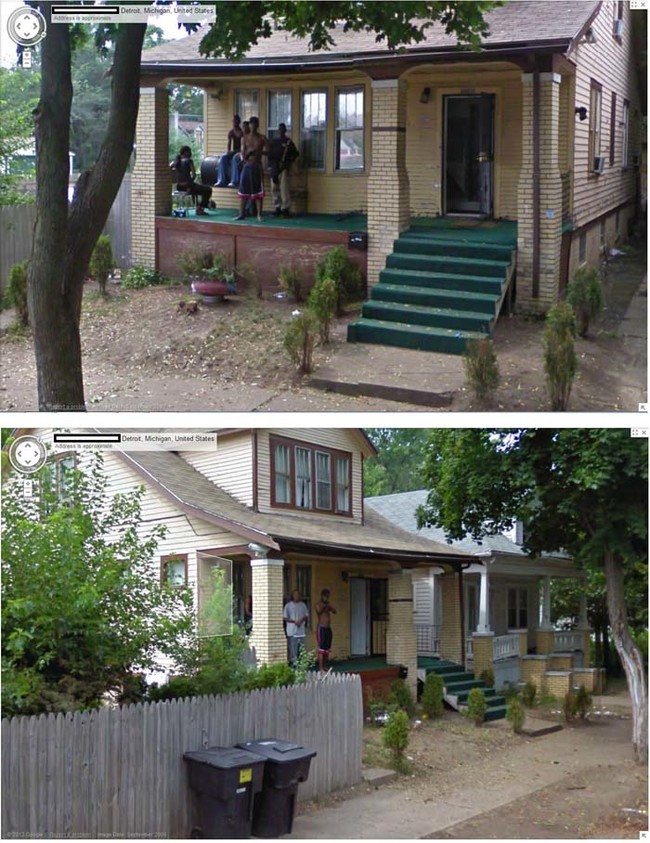 6. An injured bull in the road. 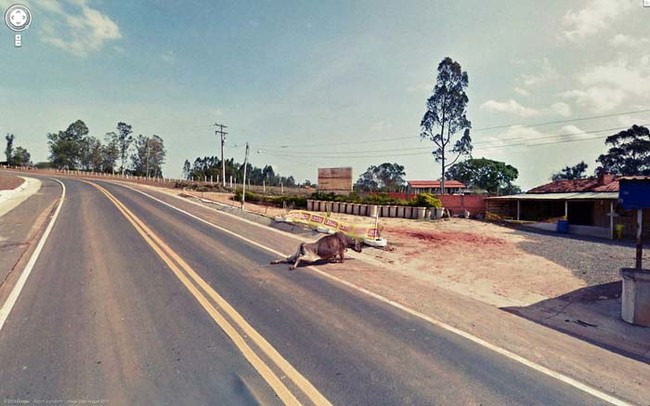 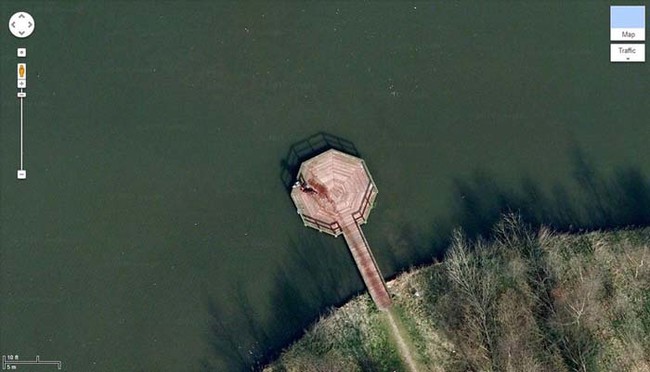 (People online later claimed the dark spots were made by a dog getting out of the water.)

8. Judging from these photos, it looks like the van actually hit that poor donkey. 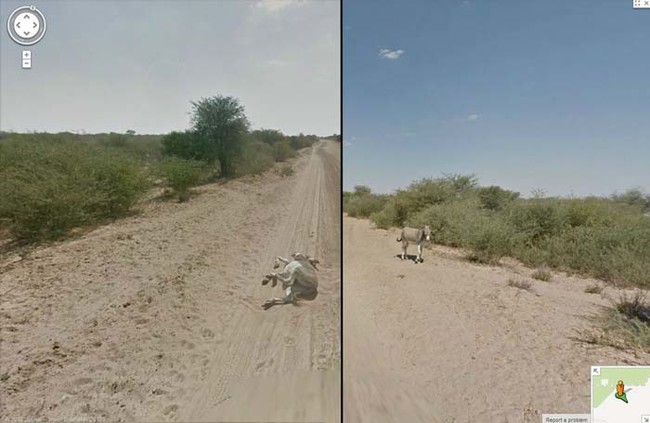 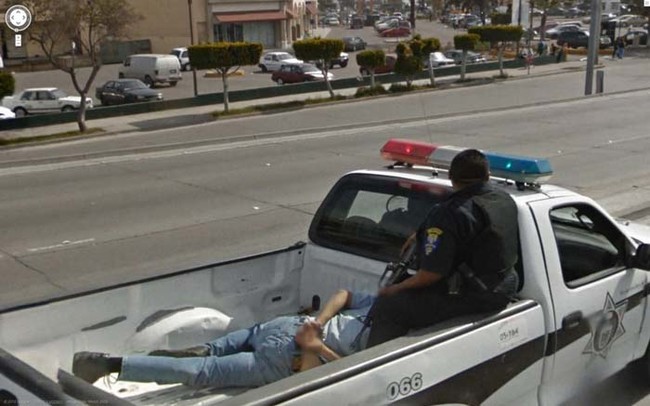 10. An aerial view of a farm in Switzerland growing a crop of marijuana. 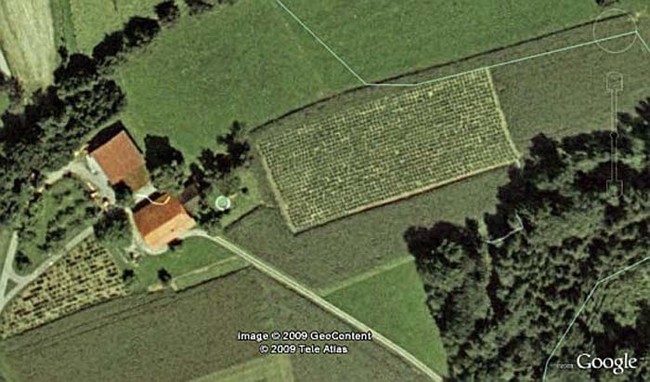 11. An entire drug deal going down caught by Google Maps in Chicago. 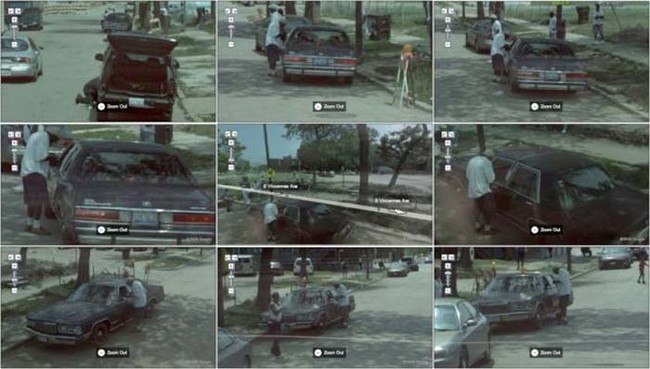 12. Getting ready for something messy. 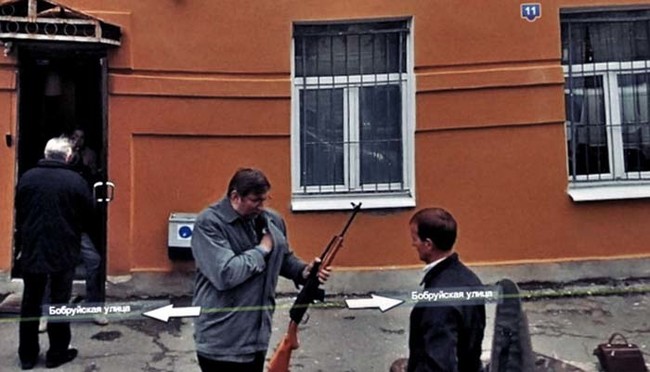 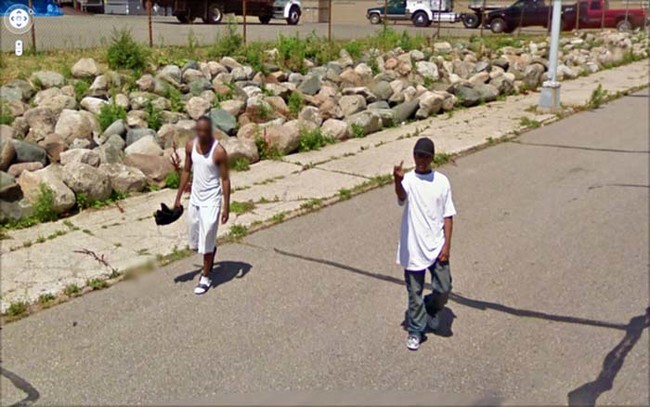 I had no idea there were so many dead bodies and crime scenes available on Google Maps. I hope Google gets around to scrubbing those out of its database sometime soon. One thing is for certain, though: I won’t be visiting these places anytime soon.