Some people say that animals are stupid, but those of us who live with them know that really isn’t true.

In fact, sometimes it’s a little scary to realize smart they can actually be. For example, my sneaky dogs know that they aren’t allowed on the couch, but when nobody’s around, it’s a different story. While I’ve never caught them on this particular piece of furniture, I find their fur on it whenever I come home after going out.

These 15 baffled Redditors can relate, because they all have similar stories about the times they witnessed their pets being much more intelligent than they get credit for.

1. “We had a dachshund growing up and he could tell when my mom was going to have a seizure. He would start circling her over and over, barking. Ironically, he ended up with epilepsy himself but it didn’t shorten his lifespan. They helped each other out. He lived 17.5 years! I miss that dog.” — autumnx 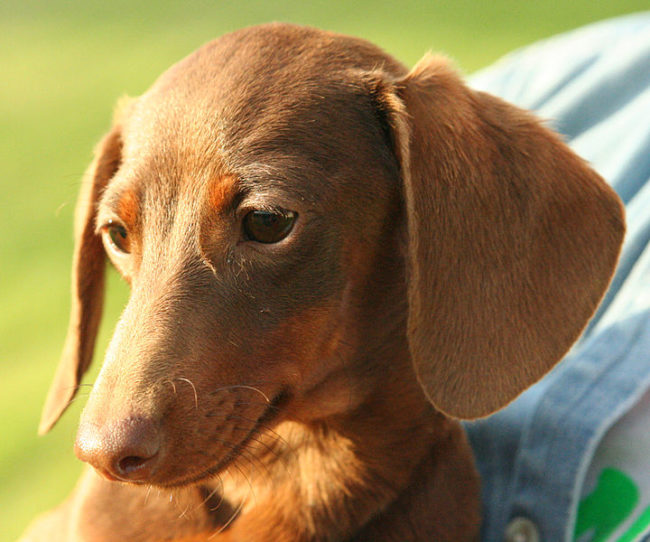 2. “I have a three-month-old pup who got dirt in her eye one day. The eye kept tearing up and she held it partially shut for a few hours. During that time I felt really bad for her and handed out a lot of treats. Since then, when I am eating, she begs by winking that eye with a tiny whimper. Her wink is nonstop. If she’s called by someone else in the home she looks at them with perfect eyes. I get the ‘broken eye’. Once she gets the goods — fully working eyes.” — FlickerAndFlicker

3. “My birds steal batteries out of electronics. Remotes, beard trimmers, fire alarms, you name it. They don’t do anything with the batteries, just take them out and then laugh at me and dance when I find them. Conures are dickheads, but I love them.” — Pyrhhus 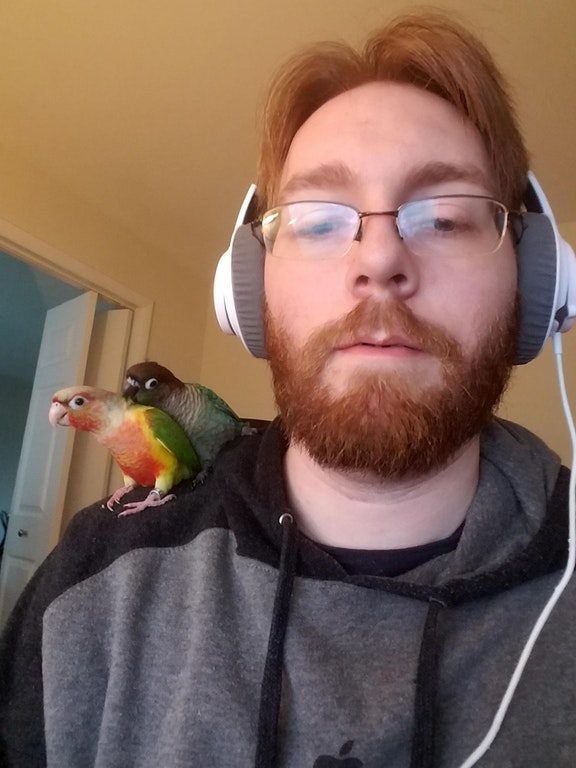 4. “Everyday when my brother and I pull in the driveway from school we can see our dog on my brother’s bed in the window above the garage, where he knows he isn’t allowed to be. When we walk into the house he is laying behind the living room couch and picks his head up and looks at us like he’s been sleeping there all day.” — Elephant5619

5. “I had a yabbie in my freshwater tank that is a genius. I one day watched him gather some food pellets into his cave, wait for the fish to eat the rest then a few minutes later, place them in front of the cave entrance. Then he attacked and ate a fish that came to eat the pellets.” — cfb_rolley 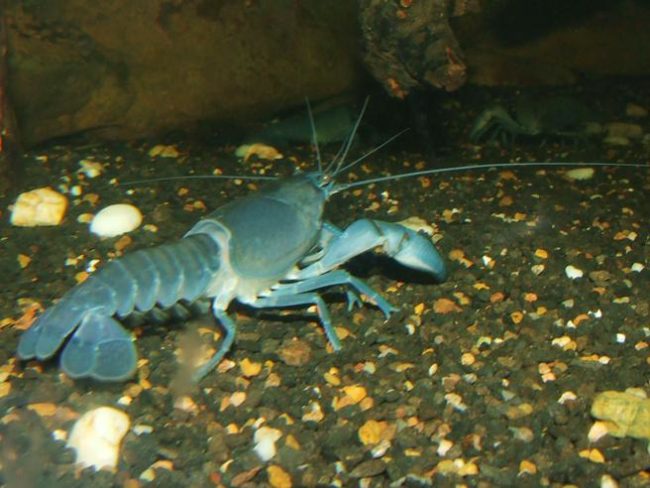 6. “My cats teamed up and got the tub of butter off the kitchen worktop, took it outside, removed the lid and had an all you can eat butter party.” — nefortysevenone

7. “When I get asked to do some things, I’ll groan jokingly and do the thing anyway. Now, when I call my dog while she was sleeping or if I accidentally nudge her at the foot of the bed, then she groans with attitude like I would. Kind of adorable, kind of freaky.” — ProN00bMan 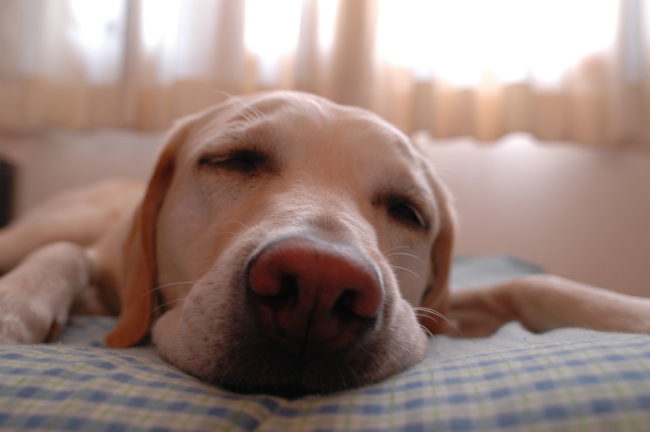 8. “Growing up, I had a yard that was surrounded by fence except at the entrance where the cars came in at the front. My dog knew she wasn’t allowed to go outside the yard so when we’d call her and she was out gallivanting, she would go to the neighbor’s yard in the back, hop the fence and come back over then strut around the back side to the front like ‘hey, I’ve been been here the whole time!’ I only found out because one day I was walking around the house calling for her and caught her.” — jansipper

9. “I had a cat that learned how to open the fridge, and then my dog started begging my cat for food. And then the cat started getting into the fridge just to feed the dog. I patiently await the day where my pets decide to overthrow me and have me fixed. I’m not fighting it. That’ll only make it worse in the long run.” — wererat2000 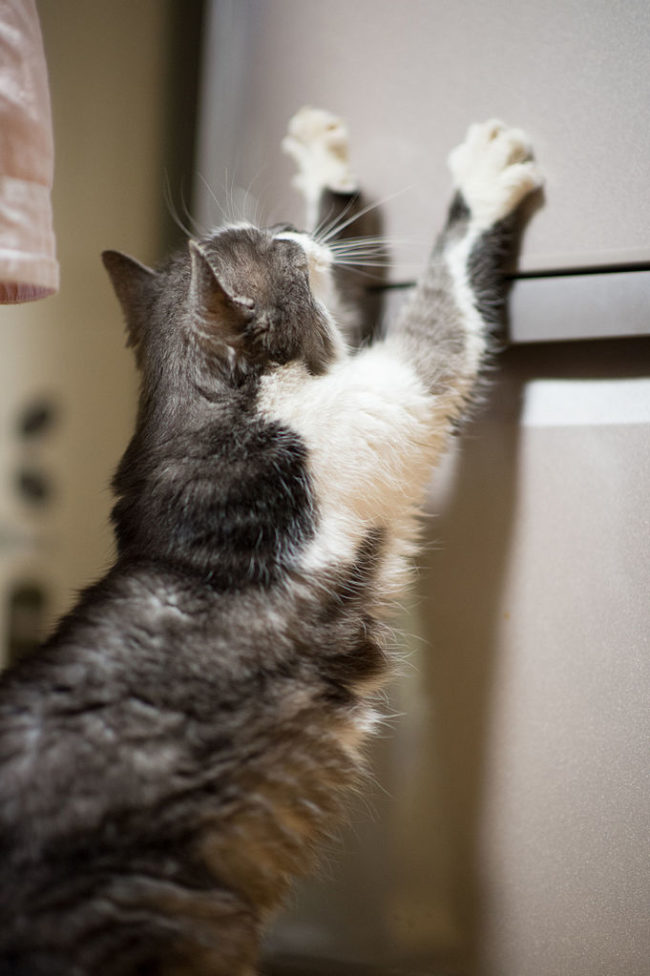 10. “We were looking after a friend’s dog. We came home from work in the evening with a huge pile of dirt by the front door. The dog (unlike every other time we came home) was lying on the couch looking very guilty about something (you know the look). It took us forever to figure out where the dirt came from. We had an old flower pot downstairs on a shelf. The pot had been emptied by the front door and the pot returned to the shelf like nothing had happened.” — Mode1961

11. “My cat figured out how to fill up my bathtub. He learned how to close the drain and would turn the water handle and would just sit there and watch the tub slowly fill up. It took me weeks to figure out what was going on.” — Mr-Havera 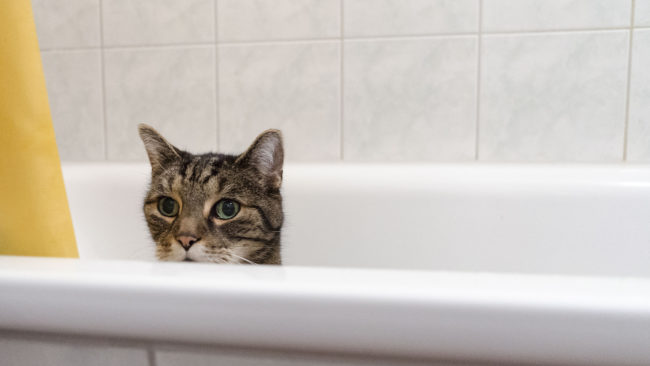 12. “My dog knows my caller ID. I sometimes need to call home from my cell, and our home phone ‘speaks’ the incoming call’s caller ID. The only time my dog ever howls is when I call and the answering machine says my ID. She’s done it when my mom is off somewhere else in the house and can’t hear the phone ringing. She doesn’t do it for any other phone call, even if I’m not home.” — ModernenMedizen 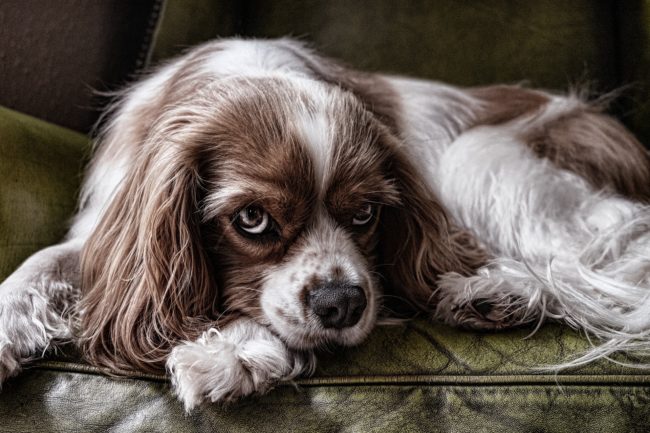 14. “Every morning for breakfast I always eat fruit and that weekend there was a farmers market selling fruit for cheap so I bought a TON. I couldn’t fit them in the fridge so I left a few bags on the side in the dining room (reachable distance). I shit you not, I woke up and was surprised to see an apple next to me. Over the next few days, my dog would get up in the morning, go in the bag, and get a fruit to put next to me on the bed. He proceeded to do this for the next two weeks until we ran out.” — Meizhenxue

15. “One of my cats learned how to turn the internet off. I mean, he realized everybody goes crazy when he goes behind the TV stand and messes up with the wires. So when we’re not paying enough attention to him (usually if we’re on our phones or the computer), he just unplugs the router. I don’t think he knows how much power he has.” — claustrophobiic 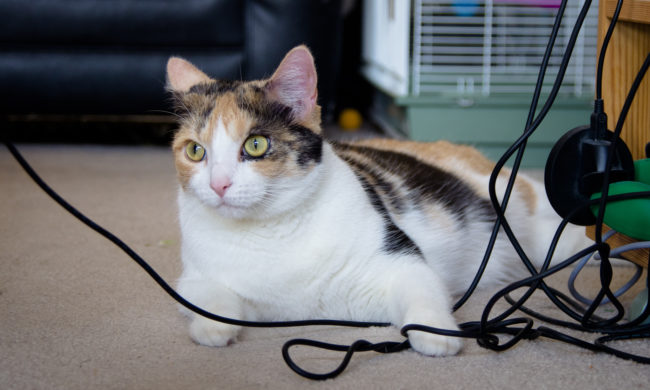 What’s the smartest thing you’ve ever caught your pets doing? Be sure to share your story in the comments below.