In South Africa, You Do Not Trap Pythons. Pythons Trap You.

It’s not very often that you hear about pythons attacking humans, but as demonstrated in this man’s case, that doesn’t mean they won’t try if they feel provoked.

While recently working to remove a python from somebody’s home in South Africa’s Limpopo province, a snake catcher learned that sometimes on the job, snakes will turn the tables and try to catch you.

After the man successfully grabbed the nine-foot python and brought it outside, it started winding its body around his leg. 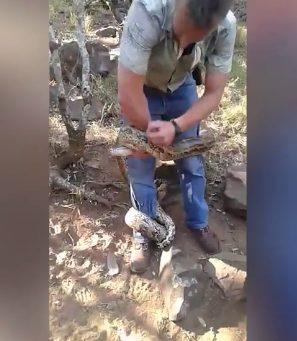 Then it began constricting… 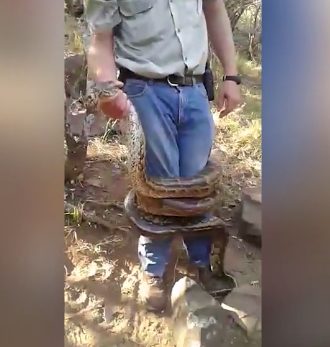 …so much so, in fact, that he needed help to pull it off. 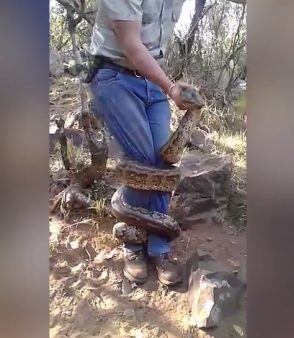 Watch as the python wraps itself around the man’s legs and squeezes. Yikes.

It’s a good thing he had other people there with him! If there’s a lesson to be learned here, it’s definitely to never mess with pythons.