Their Weird Neighbors Moved Out. What They Found In Their House Is Disgusting.

Most of us have what you’d call “weird” neighbors to varying degrees.

Some have odd interests and mostly keep to themselves, while others are just plain creepy and make those living around them uneasy with their presence. While Redditor cheezballs‘ weird neighbors didn’t exactly inspire fear in their neighborhood, something about them was just off. They’d owned and lived in the house for 20 years before moving out, and according to cheezballs, were reclusive and strange — but the neighborhood never knew how bad their situation was until they vacated the house.

After they left, cheezballs was curious about what was still inside. They weren’t sure what to expect when one night, they took a few friends into the vacant, unlocked home.My guess is they weren’t picturing this. 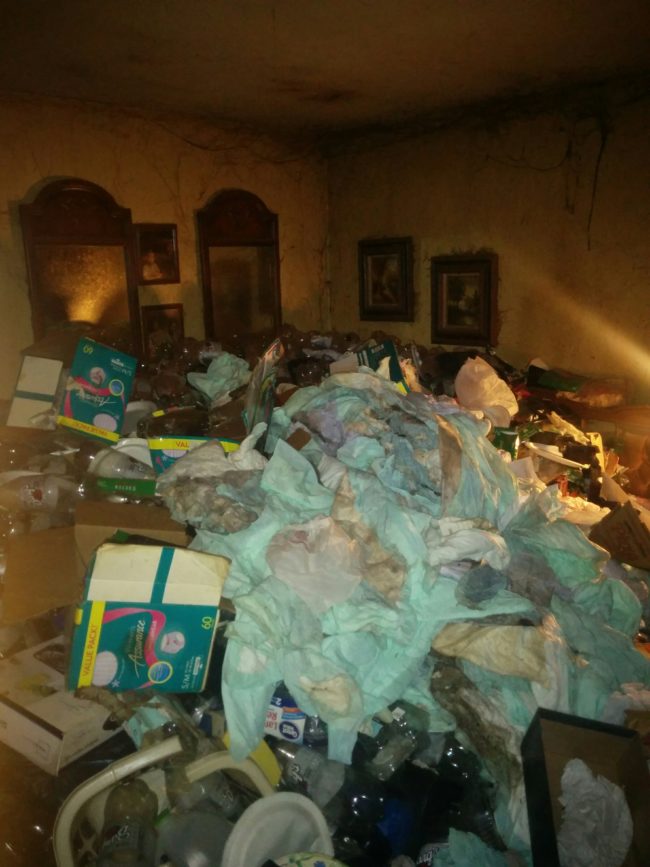 They found mounds of trash, dog feces, rotten food, and mold in every room. 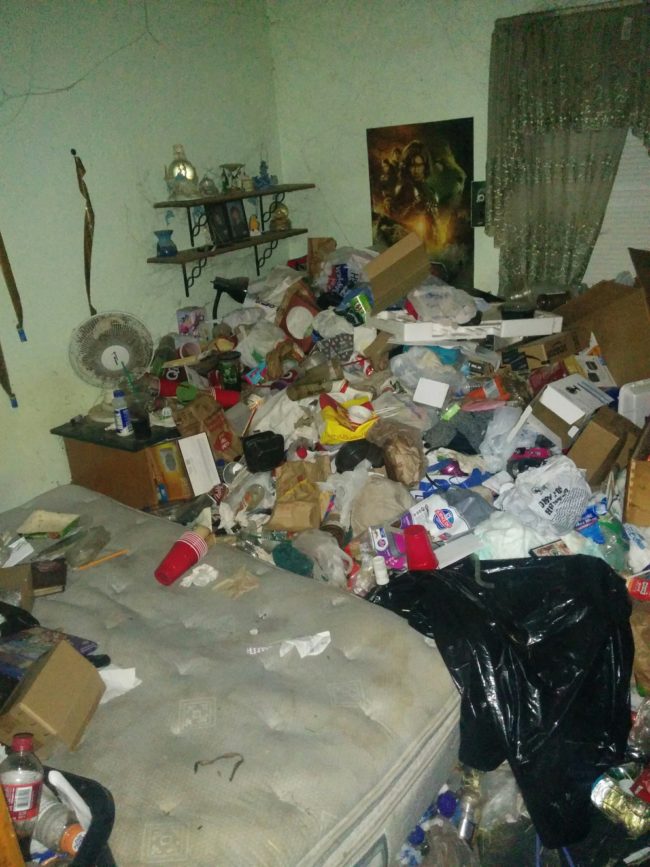 Cheezballs and their friends had the good sense to wear masks, but they say it did next to nothing to mask the smell. In their words, it “was unimaginable.” 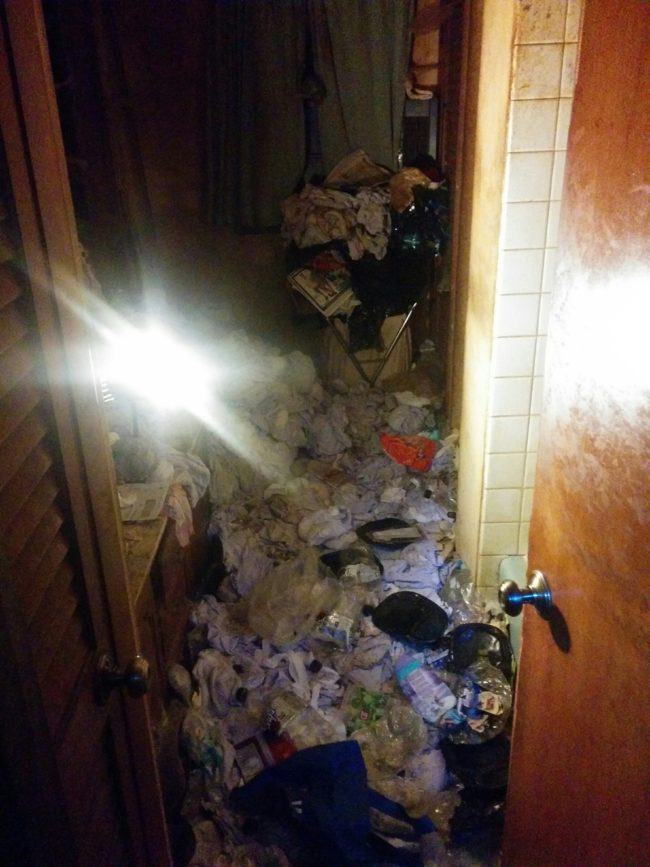 It makes sense when you consider the former residents’ concerning behavior. Cheezballs says they never came outside, stopped their trash service years ago, stopped mowing their lawn, and even stopped letting their dogs outside. 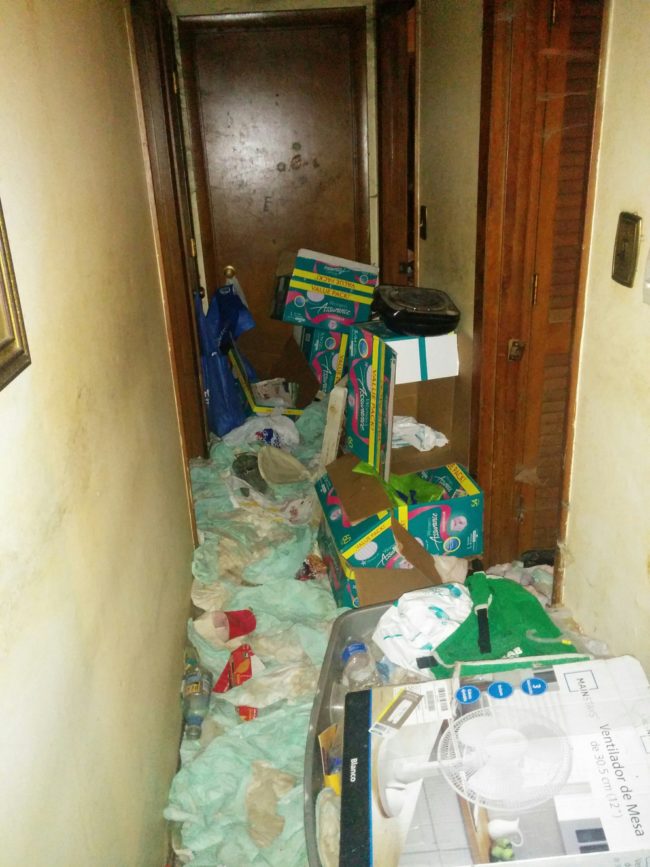 Back when they were still living there, cheezballs says, “one day the older lady that lived there was wandering around in her house coat drunk at the top of the street stopping cars and telling us that no matter what we heard her son DID NOT try to commit suicide.” 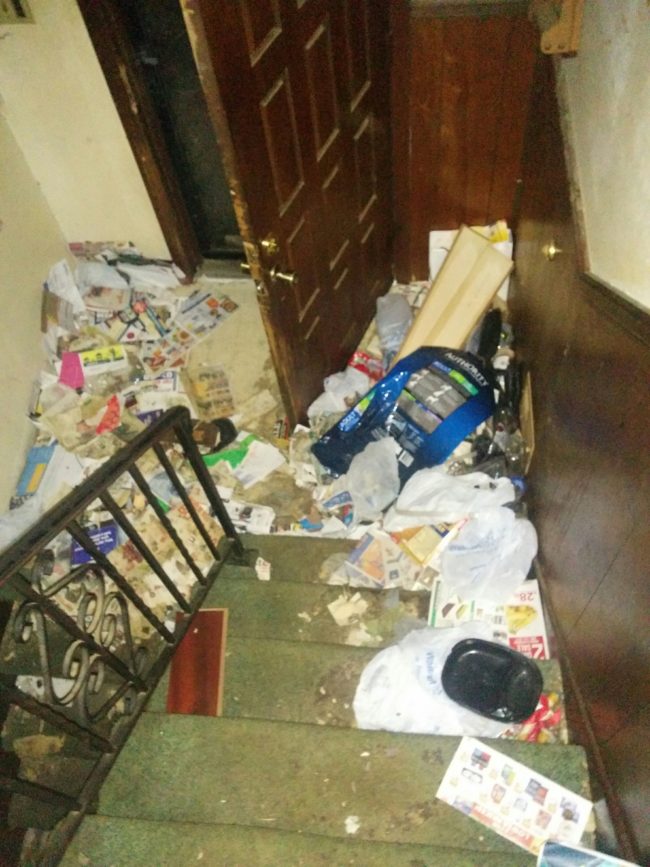 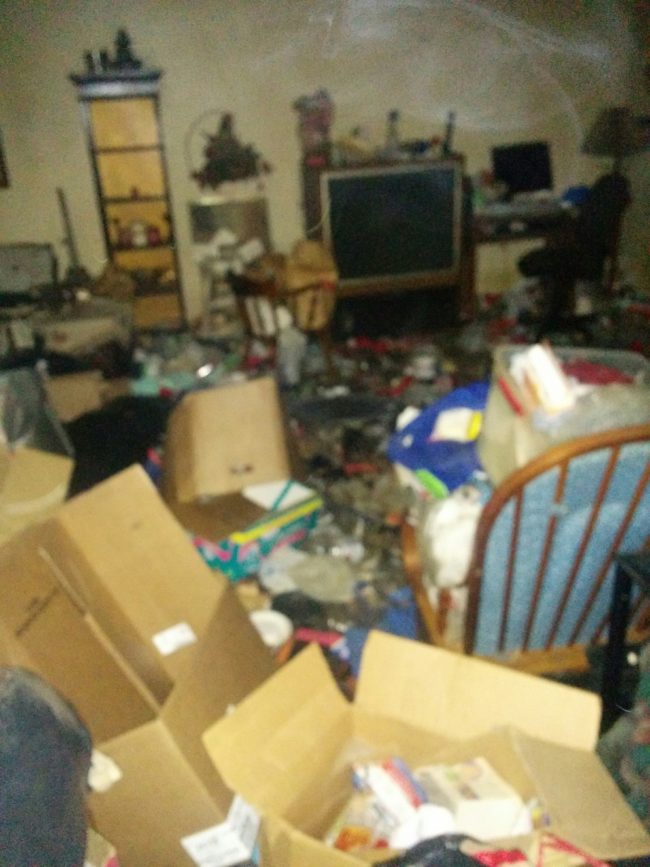 While the first reaction to this scene is disgust, it’s also heartbreaking imagining people (and pets) living like this. Here’s hoping the former residents are getting the help they need now.