When One Cat Booped A Dog, It Had No Idea That This Insanity Would Follow

It’s no secret that cats usually want nothing more than their doggy frenemies to pipe down and leave them alone.

If only doggos had an off switch, am I right? Life would be a whole lot easier for kitties if that were the case. Usually a little boop from the cat is enough to calm Fido down and put him in his place, but when this cat hit its dog friend on the nose, the total opposite happened.

Fido and Fifi had an unexpected stare down when the pair came across one another on the steps. 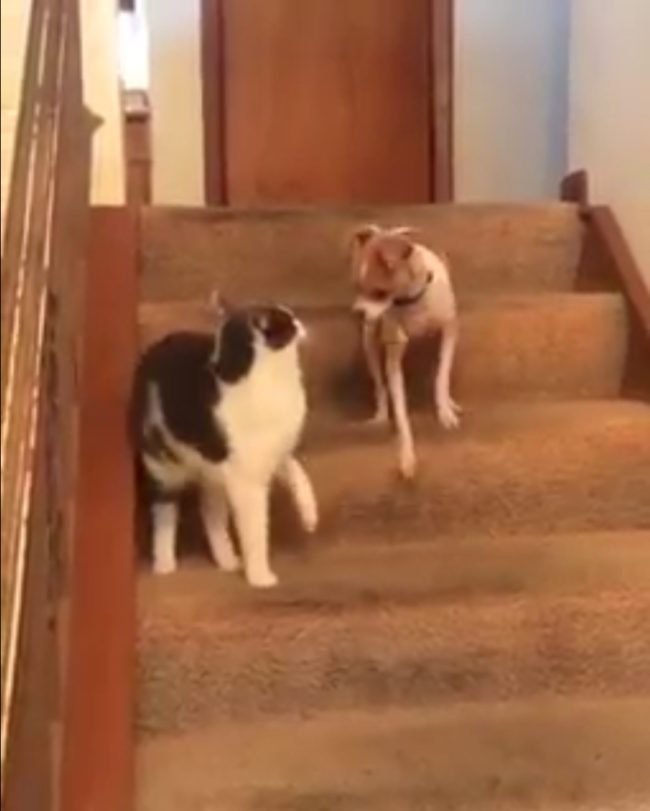 But as our doggy pal begins to sniff out his competition, this frisky feline has a trick up her sleeve. 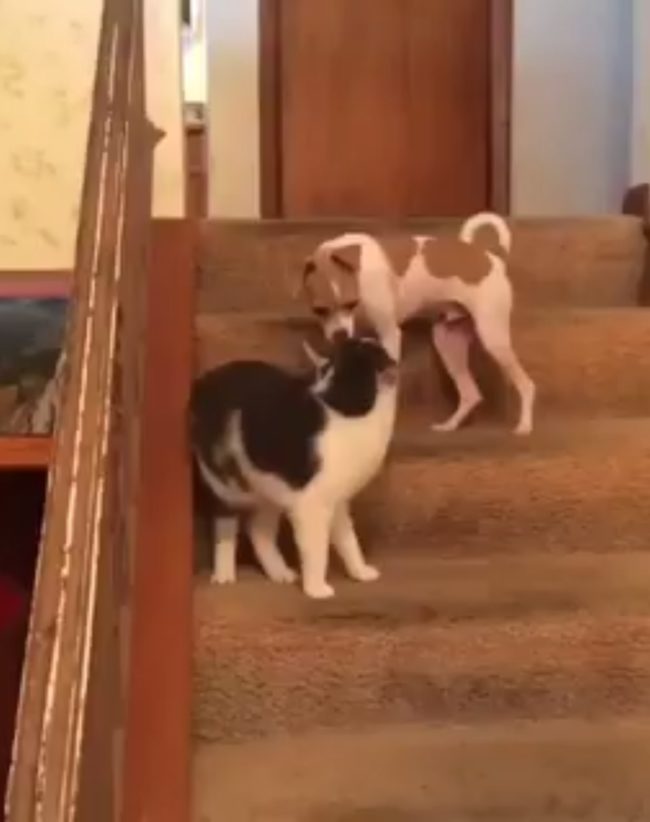 Feeling a bit playful, our kitty girl boops her rival on the head. 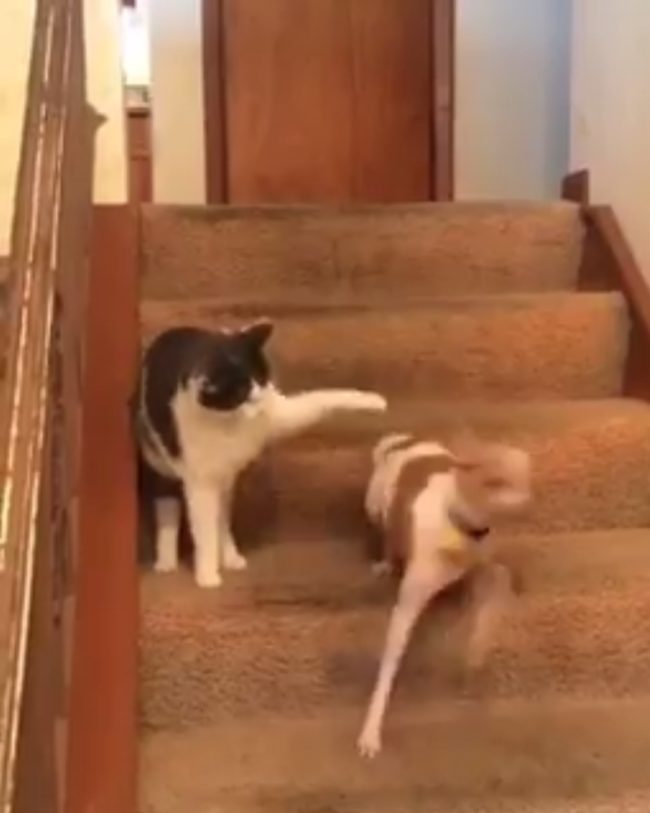 But little did she know that with a single boop, she sent her arch nemesis into overdrive.

I’m pretty sure this dog is auditioning fort a walk-on role in the upcoming Flash movie. Look at that doggo go!