Large-scale drug trafficking is never a victimless crime, and humans aren’t the only ones affected by it.

When the U.S. Coast Guard Cutter Thetis returned to its homeport in Key West, Florida, earlier this month, the drug-enforcement team making up the crew had seized a massive quantity of illegal substances. What they also did during their 68-day Eastern Pacific counter-drug patrol — as part of Operation Martillo — was save a sea turtle’s life.

On November 19, some of the crew embarked on a small boat to investigate debris they noticed in the distant waters. A closer look revealed a loggerhead sea turtle entangled in the middle of 26 floating bales of cocaine believed to have been ditched by smugglers traveling down drug-trafficking routes. They contained over 1,800 pounds of the drug, amounting to 53 million dollars’ worth of cocaine. 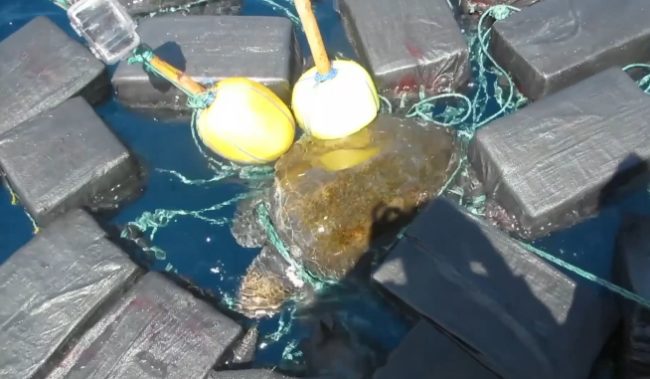 The poor creature had awful chaffing on its neck and flippers. Thankfully, a crew member was able to cut the lines and set it free before any more damage could be done. 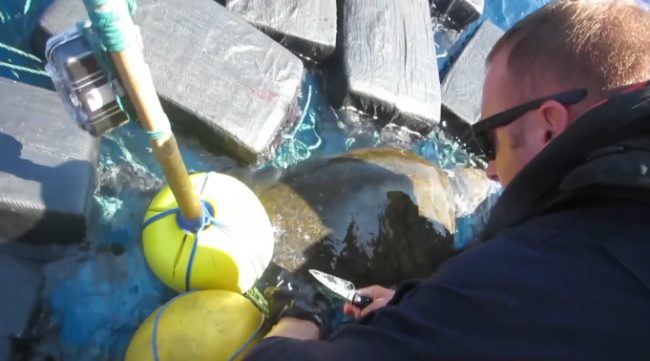 Watch the rescue footage below.

Without this drug-enforcement team, there’s no question that the turtle would have died in the midst of all that cocaine. Thanks to the U.S. Coast Guard for a job well done.