Alexis Preston was just 23 years old when she accepted the fact that her eight-month-old daughter, Lexi, would have to grow up without her.

Diagnosed with stage four breast cancer, Preston knew she was going to die. That’s why when she met Heather Salazar in 2002, she did everything she could to convince the mom-of-three and her husband to adopt Lexi. With no one else to turn to, the young Ohio mother pinned her hopes on the Salazars to give her baby a loving home. It only took three days for the family to agree. “It was meant to be,” Salazar said. “She was meant to be ours.”

By the time Lexi’s adoption was finalized, Salazar was regularly taking Preston to her chemotherapy treatments. She passed away a week after her 24th birthday. 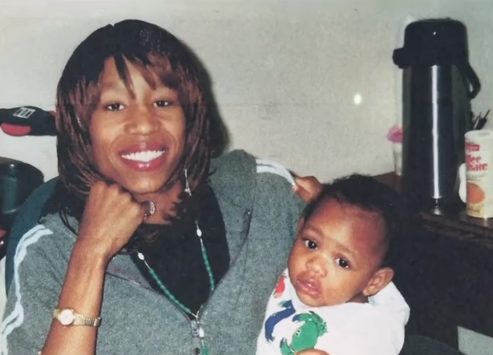 For the next two years, Lexi lived happily with her new family. Then Salazar received terrible news.

Salazar had been diagnosed with breast cancer as well. “I was really, really angry. We adopted this child to love her,” she said. “Is Lexi going to lose two moms?”

Fortunately, that wasn’t the case, as Salazar had been diagnosed in an early stage. After making it through treatment, she was inspired to found Pink Ribbon Girls, an organization centered around helping women with breast cancer. Lexi is one of its volunteers. Learn more about this family’s story below.

It’s heartbreaking that Lexi never got to know her birth mother, but Preston would be proud to know she’s joining the fight against breast cancer with Salazar, a brave survivor.