I’ll be the first to admit that I spend way too much time worrying about my hair.

Everything has to be in its proper place and if it doesn’t turn out right, I’ll fidget with it until it does. But when my hair simply can’t be tamed, I admit defeat, grab a baseball cap, and go about my bad hair day.

But no matter how unruly your hair may seem, just wait until you get a look at these little ladies with untamable locks.

Kira White, Jaili Lamb, and Charlie Eure are three little girls with one thing in common. They all suffer from Pili trianguli et canaliculi or as its more commonly known, Uncombable Hair Syndrome (UHS). 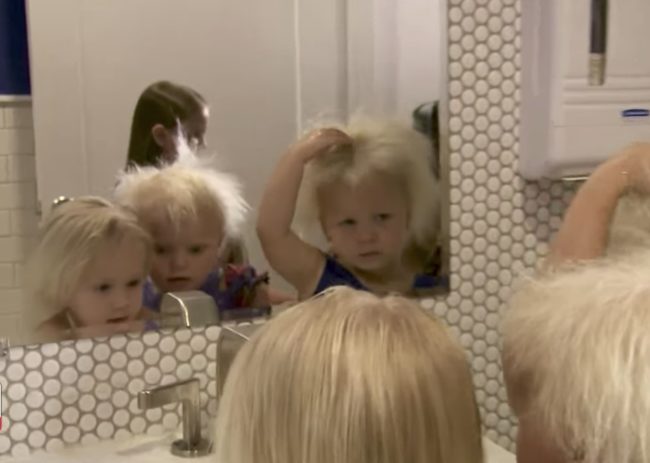 According to their mothers, all three girls were born with little to no hair. But as their luscious locks started to grow in, it became abundantly clear that something was up.

Unlike normal hair, UHS causes hair to grow in much more slowly around the scalp. The hair is also considered to be drier.

UHS is believed to be a recessive trait that is passed on by three specific genes: PADI3, TGM3, and TCHH. The condition usually appears in children with blonde or strawberry-blonde hair.

UHS impacts just a hand full of people worldwide and as of now, there is no treatment for the disorder. Learn more about the rare issue below!

(Via Inside Edition and National Center for Advancing Translational Sciences)

Watching these little girls running around without a care in the world has made me come to the realization that I shouldn’t let a bad hair day stand in the way of me living my best life! They’re cute as can be.