He Kept Talking About A Strange Project. When He Disappeared, His Family Found This.

In 2013, Bruno Borges from Rio Branco, Brazil, started a mysterious project that he kept completely secret from his family.

When he asked his mother to loan him some money, she said she would do it if he told her what he was working on, but he refused to give her any details other than to say that his project would change humanity for the better.After convincing his cousin to give him over $6,000, he kept his room locked for nearly a month while his parents were away on vacation this year.When they came back, he was gone.He’s been missing since March 27, but that’s only the beginning of his bizarre story.

After getting the police involved, his family opened the room.That’s where they found encrypted language and symbols all over the walls along with 14 handwritten books that couldn’t be deciphered either. 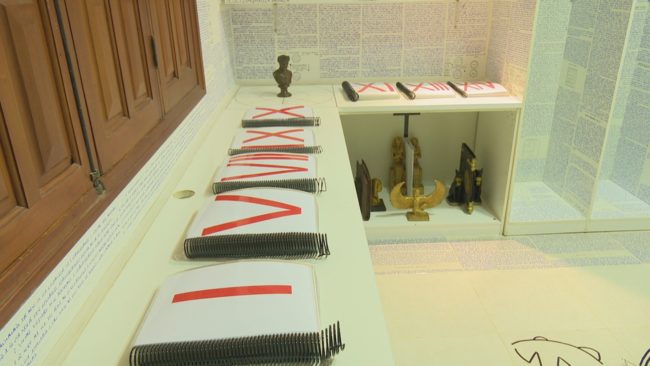 They also found a statue ofGiordano Bruno, anItalian Dominican philosopher known for his cosmological theories and insistence that the universe is infinite with no celestial body at its center.It’s worth thousands of dollars and nobody knew it had been delivered there. 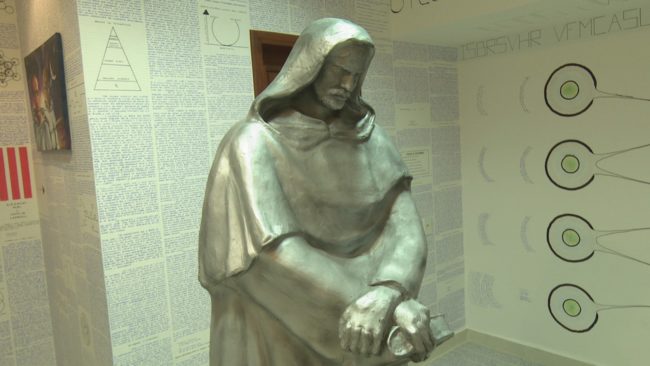 Hanging on one wall is a painting of Borges himself with an alien. 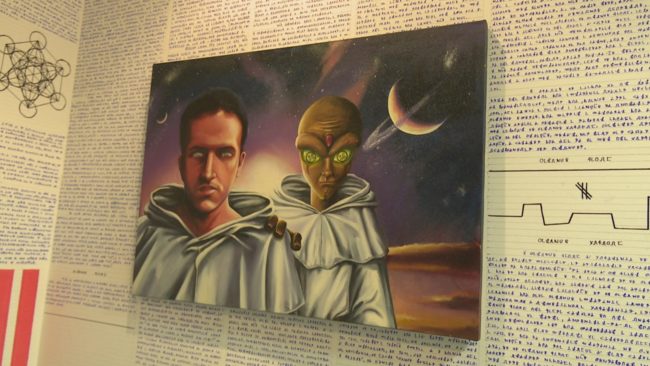 Read More: These Stories May Not Be True, But They’re Guaranteed To Send Chills Down Your Spine

According to his mother, who is a psychologist, Borges is an exceptionally smart man who studied philosophy for many years, read all of Shakespeare’s work and the Bible, and greatly admired Bruno.She also doesn’t believe that he has any psychological problems. Continue onto the next page for great footage of his secret lair! 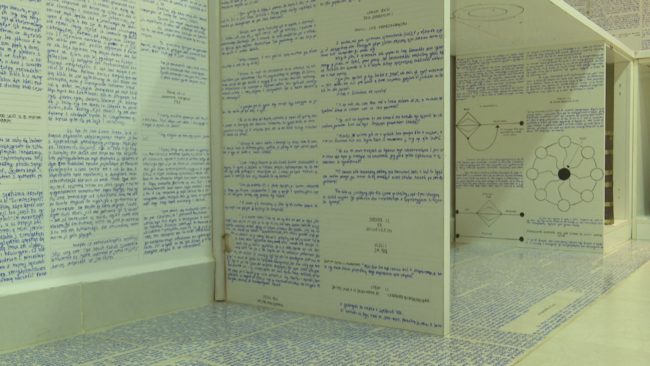 One clue about this project is that the statue stands on what looks like a transmutation circle, which is a symbol used in the mystical practice of alchemy that’s said to manipulate and alter matter by using natural energy.You can check out more of the room in the video below.

What do you think is going on here?Are there mental issues at play, or did he catch on to something extraordinary?Let us know your thoughts in the comments and be sure to share to see what others make of it.