They Thought They Were Giving Their Child Candy. The Truth Landed Her In A Hospital.

As every mom and dad knows from experience, parents have to constantly be vigilant when it comes to what their little ones are putting into their mouths.

But as a mother and father from Suqian City, China, learned earlier this year, sometimes watchful parents are the ones who accidentally put their children in danger. Back in February, the mother had gone to a local supermarket and bought what she thought was candy for her three-year-old daughter, known by the pseudonym, Xin. Later on that day, she began doing some chores, leaving her husband to give the “candy” to the little girl. Xin ate around 280 pieces before her mom decided to try one. When she bit down on the hard, rubbery object, she immediately spit it out and rushed the toddler to Huai’an Maternity and Child Health Care Hospital.

As it turns out, the little balls weren’t candy at all. They’re actually water-absorbing rubber balls used for vase decorations, which are commonly referred to as “shui baobao” or, roughly, “water babies” in Chinese. 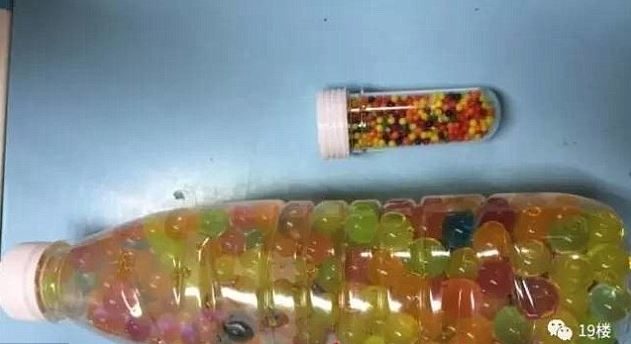 Thanks to her parents’ quick actions after they realized their mistake, though, Xin’s doctors were able to give her a drug that’d help expel the balls. They also restricted her water intake to stop them from expanding. Over the next 24 hours, nearly 300 rubber balls left her body. 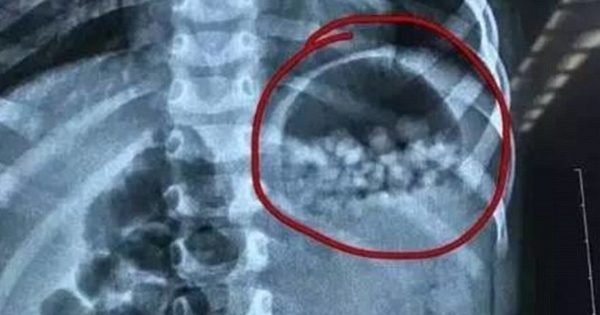 While this family caught a lucky break, it seems pretty irresponsible to feed your kid that many pieces of candy, even when you’re under the impression that it’s edible. Here’s hoping these parents are much more careful about what they give their daughter from now on.