We live in a world full of incredible technology that makes different aspects of our lives so much easier, but back in the day, tools people used weren’t exactly as efficient.

We’ve made amazing technological advancements over the last few hundred years, but with every great invention comes at least a few strange “innovations” — like the interesting objects below.

Whether they were completely unnecessary or just really bad ideas, here are 14 inventions that you’ll probably be glad are things of the past.

1. If women wanted to stay ahead of the game and plan out who they wanted to dance with at a ball, dance cards came in handy. 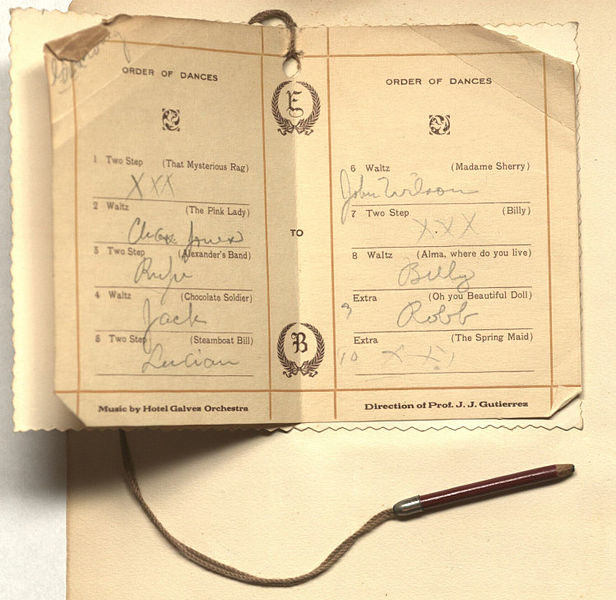 2. Want to shower without messing up your hair and makeup? Then this is the product for you! 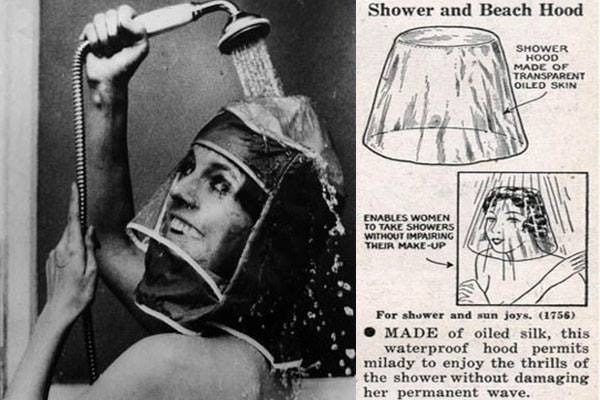 3. What could possibly go wrong when you’re wearing a baby suspender while ice skating? 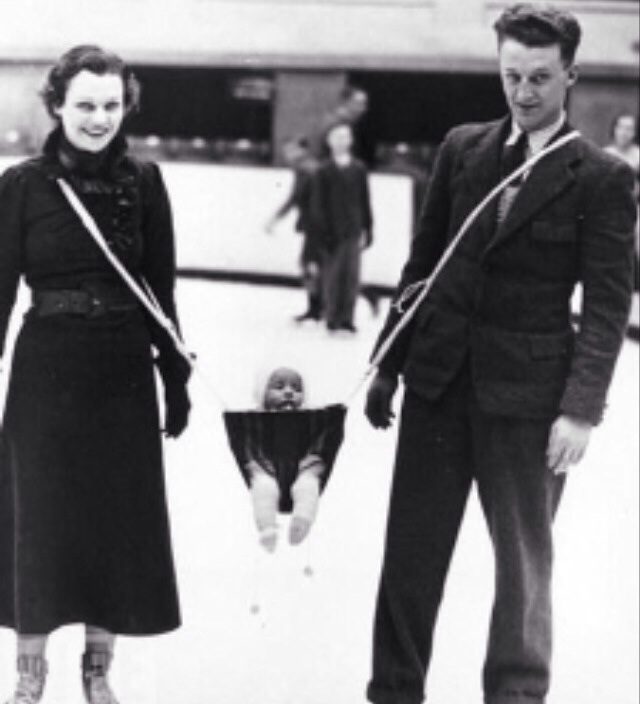 4. Before toilets, there were chamber pots. I’ve never been so thankful for bathrooms. 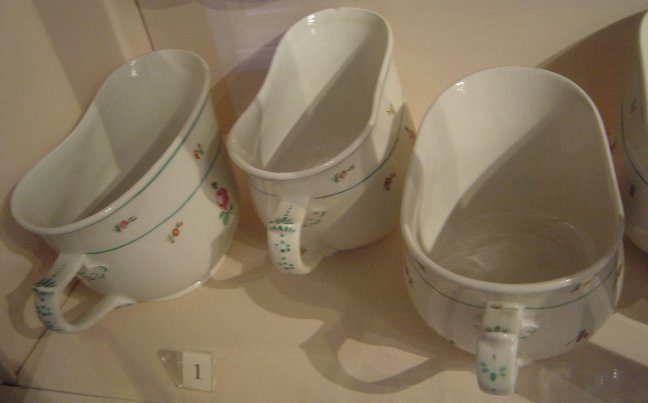 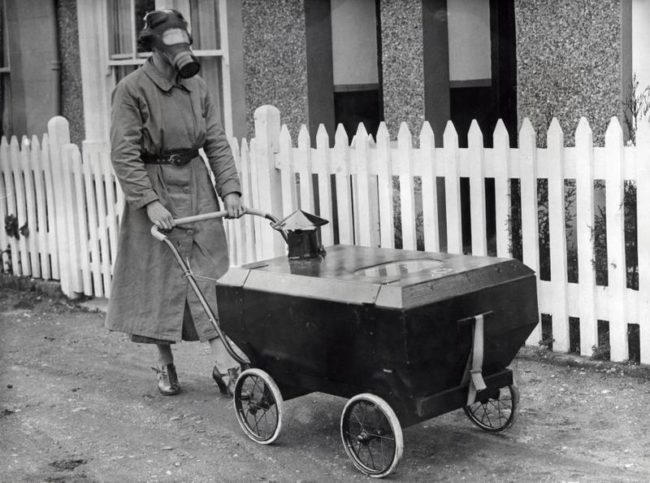 6. This antique medical device is a spermatorrhoea ring, or an anti-masturbation device. It was designed to prevent nocturnal involuntary emissions of semen. When patients began getting an erection, the pain from the teeth biting into their privates would wake them. Yikes. 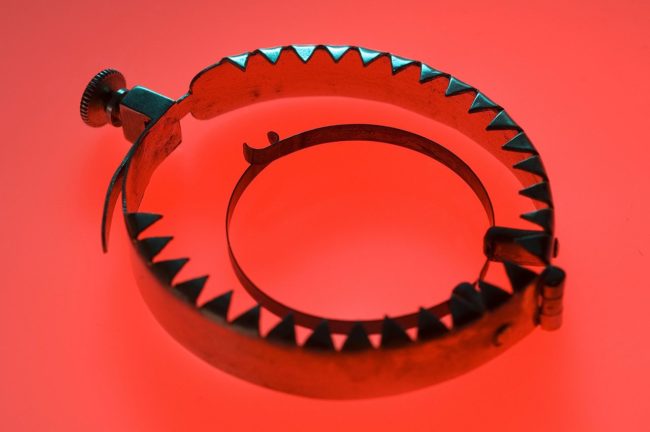 7. This mask was once touted as the cure for a hangover. 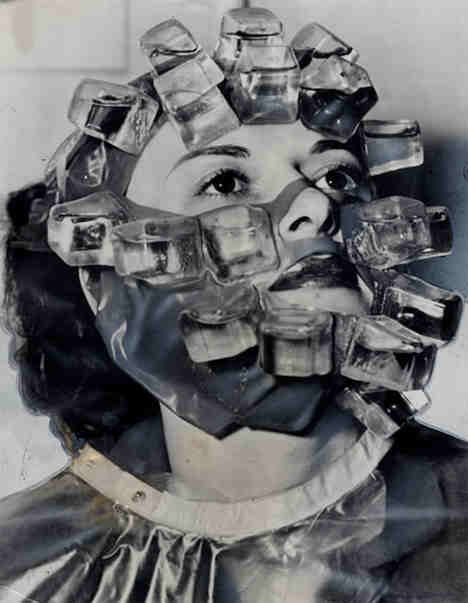 8. This device was supposed to help parents teach their kids how to walk, but it probably ended up injuring them instead. 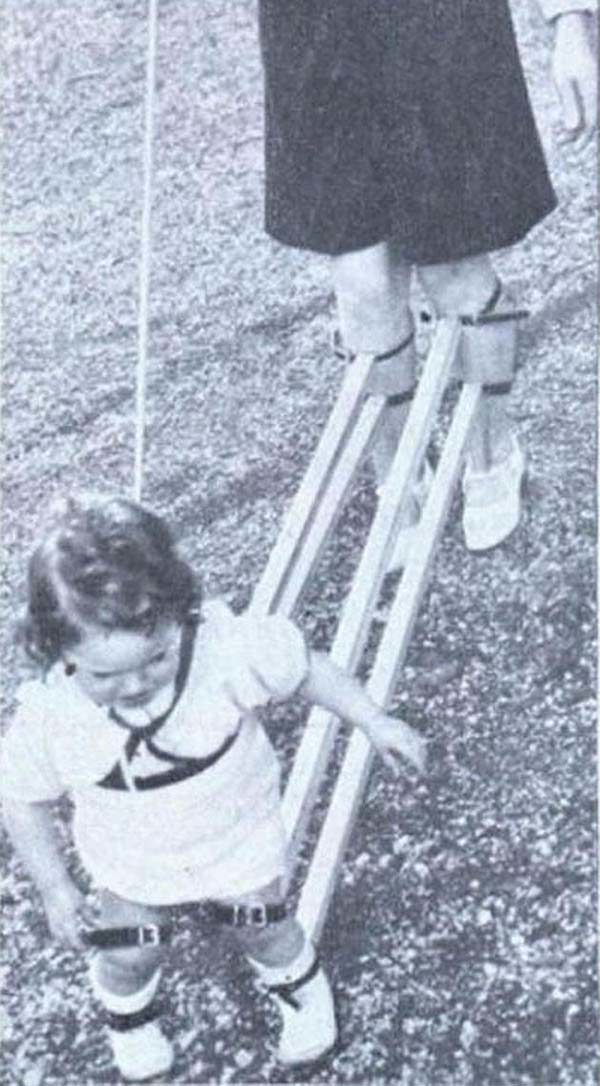 9. This one-wheel motorcycle came around in the 1930s and was capable of reaching speeds up to 93 miles per hour. 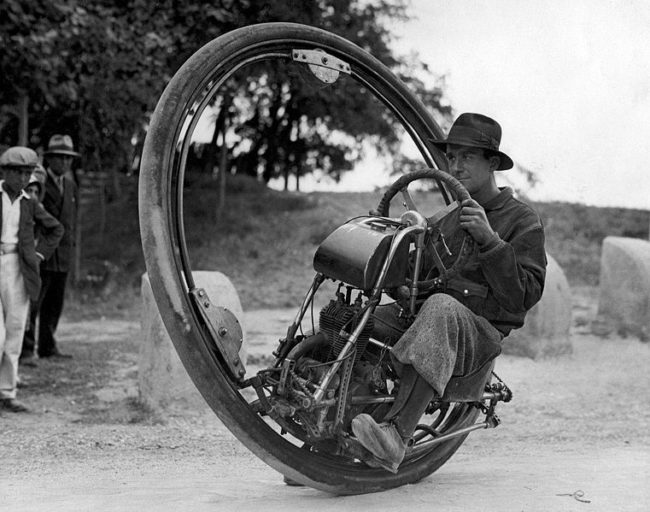 10. The Cyclomer was an amphibious bicycle made in the 1930s that was supposed to be able to drive on land and on water. 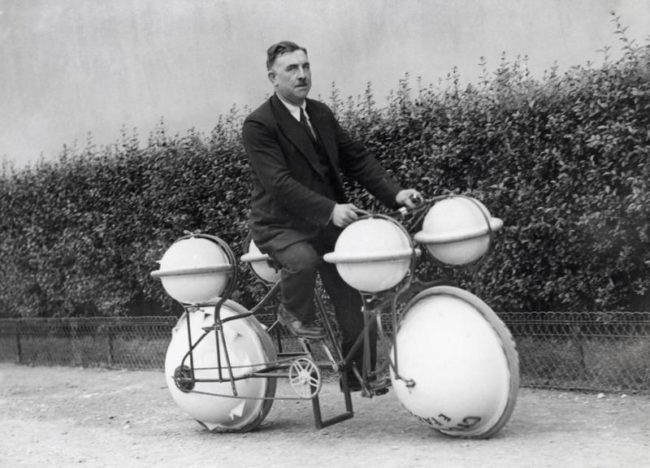 11. This wearable radio receiver advertised in 1949 cost around $7.95 and came in a variety of colors. It’s almost a very antiquated version of an iPod. 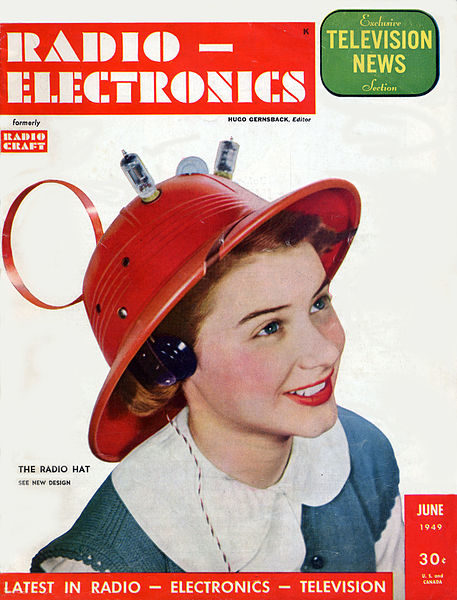 12. This folding piano was designed for bed-ridden patients in 1935. 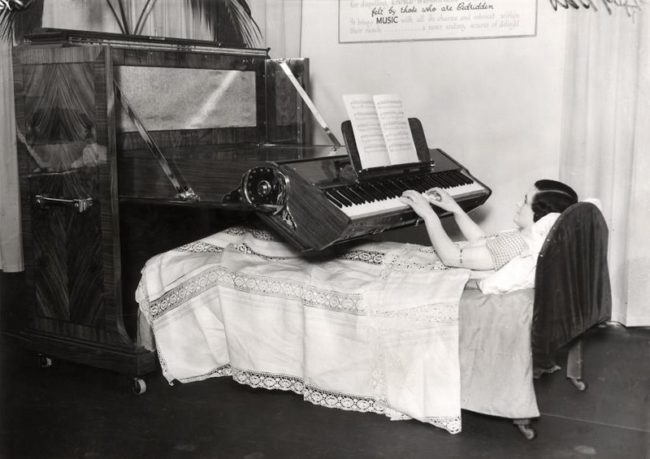 13. These crazy kids from Germany used bike tires as flotation devices in 1925. 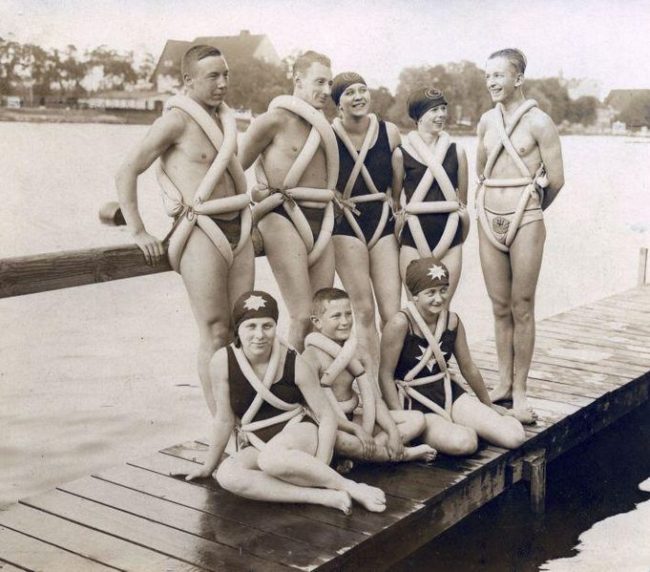 14. If bike tires aren’t your thing, check out these wooden bathing suits from 1929 that were supposed to make swimming much easier. 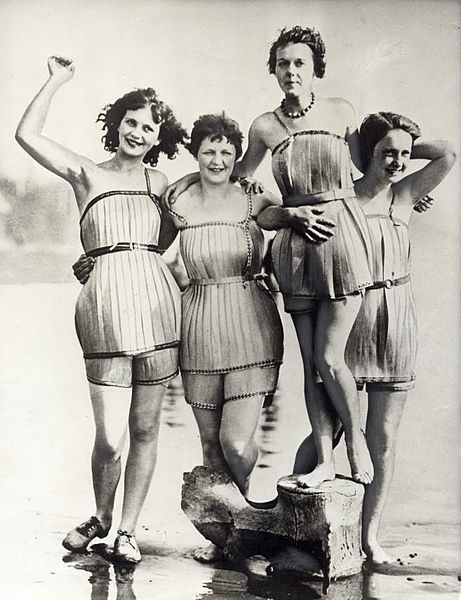 Well, not every invention can be a winner, right? Be sure to let us know which of these you found the weirdest below.