8 Accounts Of Werewolves Throughout History That Seem Oddly Real

Wolves are frightening enough as it is, but the idea of a wolf-human hybrid secretly living among us and preying upon our flesh in the light of a full moon? Well, that has been freaking humans out basically since the invention of storytelling. And while werewolves are fiction, throughout history, these legends have bled into reality. People were actually accused of, or claimed to be, actual werewolves.

Keep that gun and silver bullets handy as we take a journey through history to hunt the world’s most notorious werewolves.

1. 1521 in Poligny, France, a man was walking alone when he was attacked by a wolf, but was able to wound the creature considerably. Stumbling further down the road, he noticed a man nursing a wound similar to the one he had just inflicted on the beast… 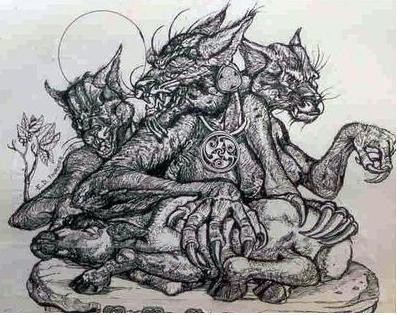 The man turned out to be Michel Vurden, who after being questioned by authorities, admitted to having made a deal with a devil for the ability to become a wolf. He even named two other werewolves, Philibert Montot and Pierre Bourgot, as his accomplices in the murders and cannibalism that were plaguing the region. No honor amongst wolves, I guess.

2. Giles Garnier was, for a long time, a lonely hermit living in a cottage outside of Dole, France, in the 16th century. But when he got married, the stresses of providing for his family made him desperate… 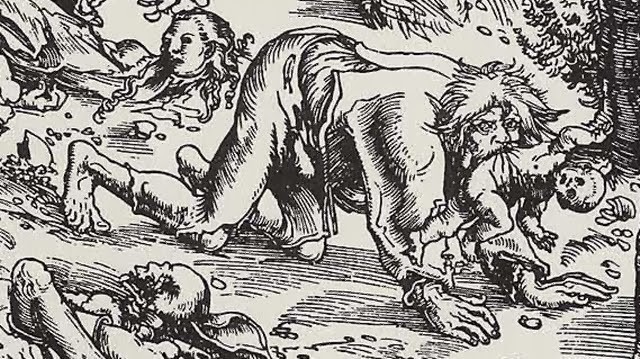 Garnier, like many newly married bachelors, realized the disgusting way he was living before wasn’t going to fly for his lady and he had to figure out a way to get more food.

So, he asked his ghost buddy to give him a potion that allowed him to turn into a wolf as he wished.

Around this time, children began disappearing. It didn’t take long for the townspeople to point fingers at the former hermit. During his trial, he plead guilty to “crimes of lycanthropy,” which apparently was a thing back then, and he was burned at the stake.

3. In 1589, Pete Stubbe admitted to being a serial killer, murdering fourteen children and two pregnant women from the town of Bedburg, Germany. After being tortured while strapped to a wagon wheel, he confessed to something else… 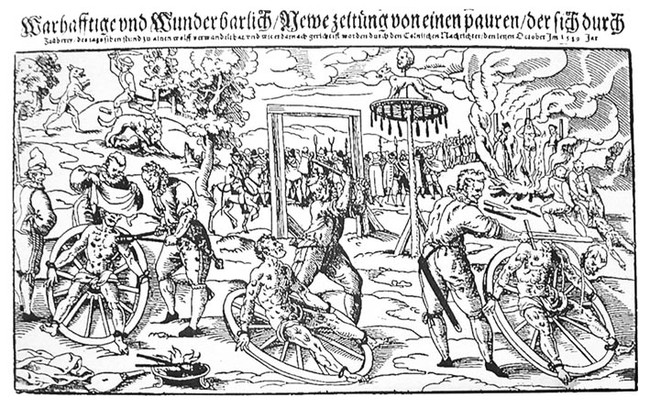 As the flesh was being torn from his body, Stubbe suddenly remembered one other little thing—that the devil had given him a magic belt that allowed him to turn into a wolf when he wore it. This must have slipped his mind before the torturing.

The townspeople removed his head and placed it on a freshly killed wolf’s body. That’s what they thought of people who engage in lycanthropy.

4. In 1598, a local tailor from Chalons, France, was charged with so many horrible atrocities that the court insisted all the documents from the trial be destroyed… 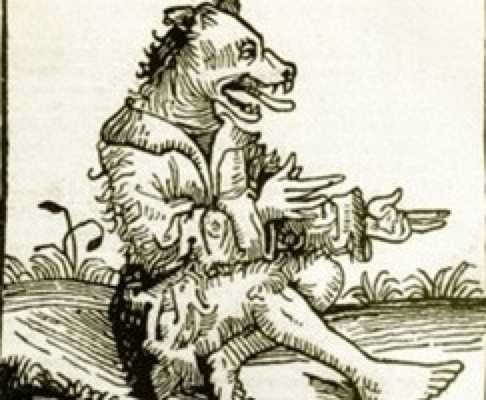 Among the charges, the tailor was accused of luring children into his home, only to slit their throats and eat them. When his charms didn’t work, he would turn into a wolf and hunt them down in the night. The charges weren’t without evidence—barrels of bones and blood were found in deep cellars beneath his home.

5. When the town of Gascony, France was terrorized by vicious attacks and disappearances inflicted upon their children in 1603, one teenager admitted it was he who did these things, while in wolf form… 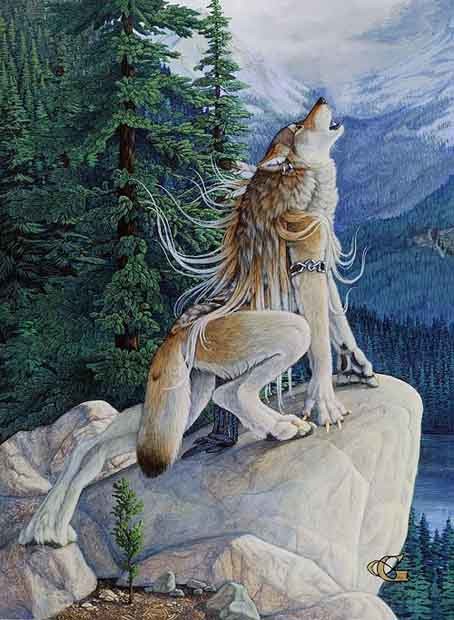 Jean Grenier, a local 14-year-old, claimed it was he who was feasting upon the flesh of the town’s children. He claimed a strange man gave him a magical pelt of wolf hide that could transform him. Every night, he and a pack of nine wolf humanoids would terrorize the surrounding towns. He boastfully admitted to having eaten three or four children. Given his age, instead of being sentenced to death, he was locked up in a local friary for religious healing.

6. Nobody knows how this got out of hand, but in 1640, the town of Greifswald, Germany, was overrun by a whole pack of werewolves… 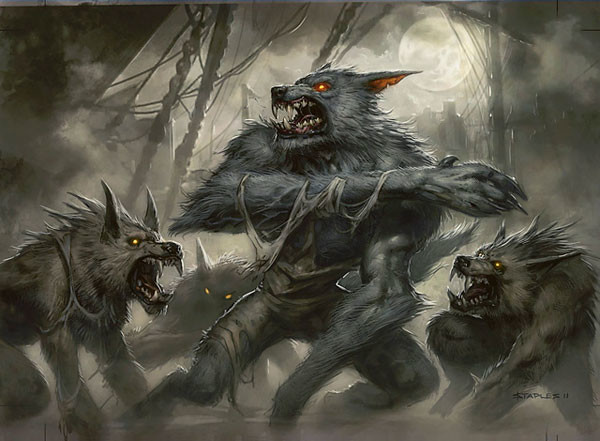 After many foolish attempts to battle the wolves with regular bullets, a group of students decided on a whim to melt down all the silver in the town and use it to create shinier bullets. Nobody else had a better idea, so they rolled with it, and apparently stumbled upon the (alleged) werewolves’ one weakness.

7. In 1685, the town of Ansbach, Germany, was being terrorized by a werewolf. When the town found out the creature’s true identity, they understandably felt betrayed… 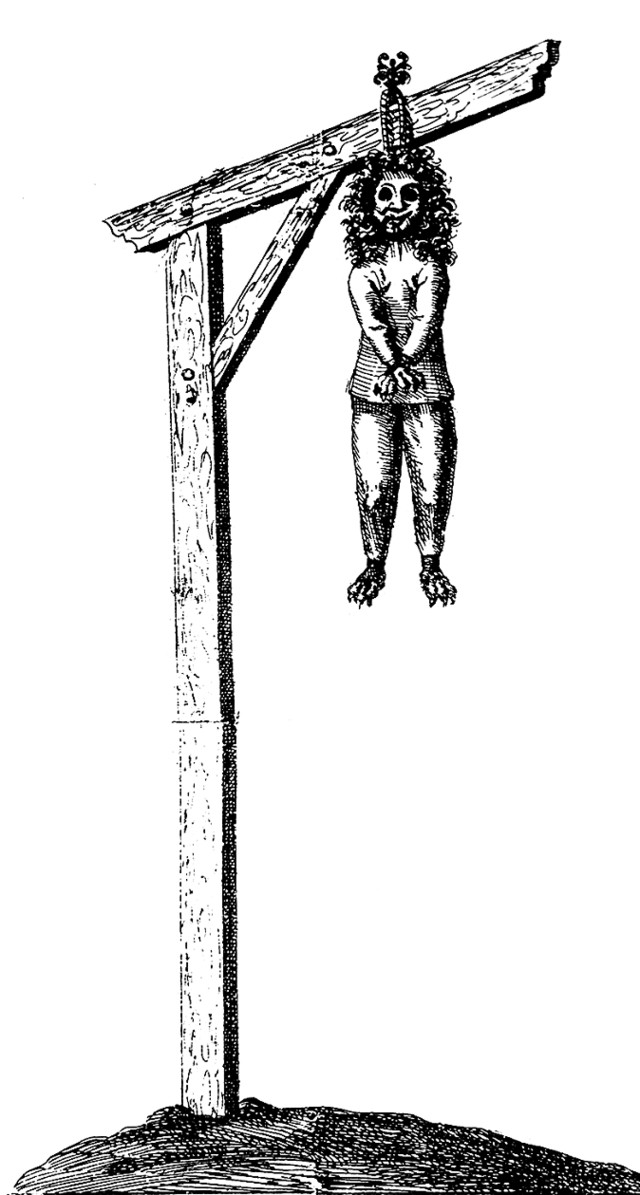 The creature turned out to be the mayor of Ansbach himself, whom everyone thought had died a few weeks before. After the wolf was killed, he was dressed in the mayor’s clothing and hung by his neck. (They just wanted to be sure, I guess.)

8. When a man named Theiss was tried for lycanthropy in Jurgenburg, Livonia, in 1692 he plead guilty, but then proceeded to give the court one of the most bizarre testimonies in history… 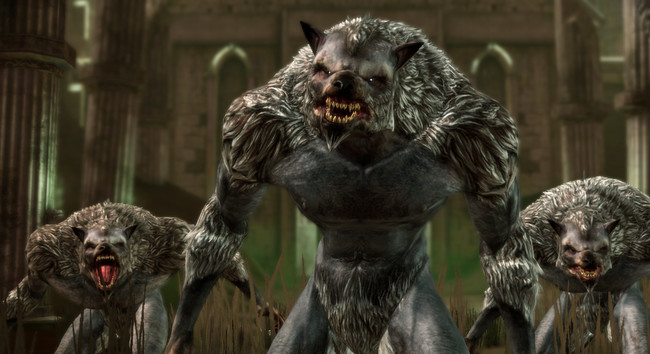 While he admitted to being a werewolf, Theiss also claimed that werewolves aren’t inherently bad. In fact, he said that his kind have been in an eternal war with the witches to save the country and possibly the world.

Apparently, the reason crops sometimes wouldn’t grow in Jurgenburg was because the witches had taken the grain down to Hell. Huge battles occurred during the Christian holidays of Saint Lucia, Pentecost, and Saint John (which also happen to coincide with seasonal changes) over the grain between the two forces. Theiss claimed that werewolves weren’t evil. In fact, they were hounds of God.

The court eventually sentenced him ten lashings for sounding like a crazy person.

It’s crazy to think that a singular idea has existed for so long in the collected conscious of the human race. Is it a proof that werewolves actually exist? Probably not, but I have to admit, it’s something I think about every time I stare at a full moon on a dark night.