Their Mom Found This Photo Of Her Parents. A Closer Look Revealed Something Creepy.

Have you ever looked at an old picture of your family that you initially thought was normal, only to take a closer look and see something you couldn’t explain?

Redditor cbird4130‘s mom sure did when she came across a black and white photo of her parents from back in the day. What first appeared to be them lounging on the grass in their swimsuits got seriously strange when she saw a hand grasping her father’s arm. Then she got even more confused when she saw the figure behind him. While it likely isn’t anything paranormal, the positioning of the presumed man is so weird that cbird4130 decided to share it online to see what others would make of it.

Many were quick to suggest that the man was simply lying on his back with his head facing the sky and hand reaching backward to grab the arm, but others say he’s sitting in an upright position with his elbow resting on his knee with the head and hand as unexplained anamolies. 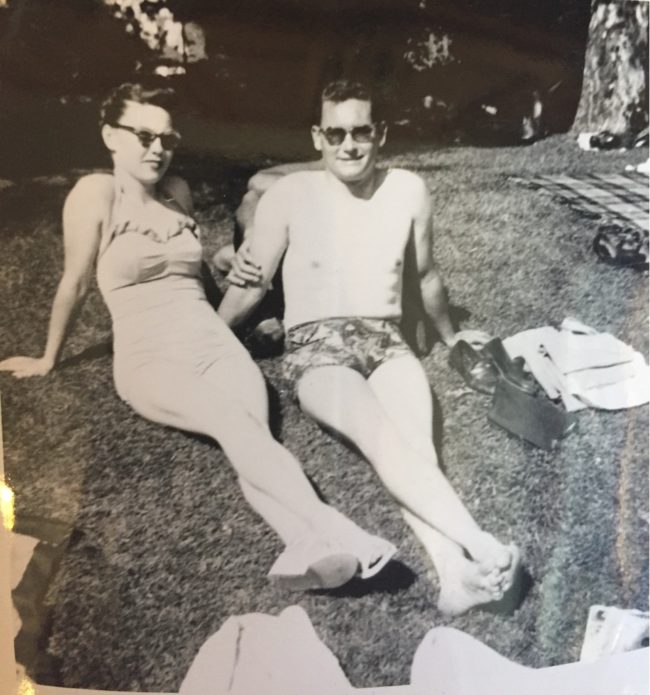 What do you see when you look at this photo? Is a man just hiding in a strange position behind the grandfather to avoid his picture being taken, or is something unexplained going on here? Be sure to let us know below and share with your friends and family to see what they make of it.