They Abandoned Their Dog when He Needed Them Most, But He Just Got A New Lease On Life

When we accept pets into our lives, it’s supposed to be for better or for worse.

Whether it’s behavioral issues or health problems, once you’ve committed to an animal, you’re supposed to follow through on that commitment. It’s not something that should be thrown out the window lightly.

Unfortunately, there are people out there who don’t take pet ownership seriously enough, and that can lead to issues when a pup is injured. It seems crazy that someone would abandon a dog in their time of need, but shelters see this kind of cruelty all the time. That’s how they found themselves with Tiger, a chihuahua mix with a heck of a story.

Tiger had a slipped disc in his spine, and he underwent a difficult and expensive surgery called a hemilaminectomy while under the care of his previous owners. The doctor warned them that Tiger would need some time to recover, but they soon abandoned Tiger. 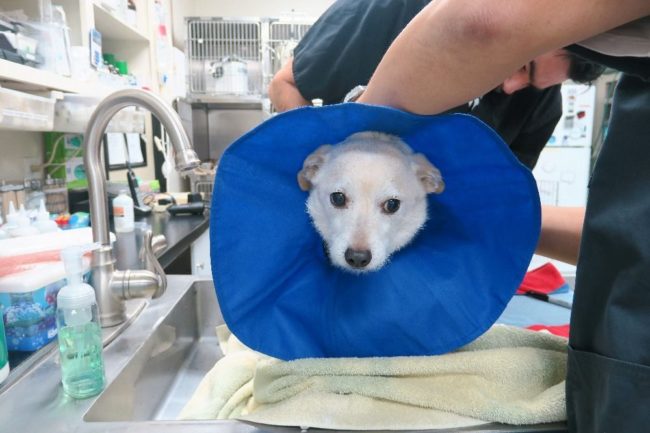 After just nine days, the owners wanted Tiger to be euthanized because he still couldn’t walk and needed to be assisted when urinating and defecating. The surgeon insisted that he just needed more recovery time and created a temporary wheelchair out of PVC pipe, but the owners insisted he be put to sleep. They had a newborn on the way and didn’t have the resources to deal with a handicapped dog. 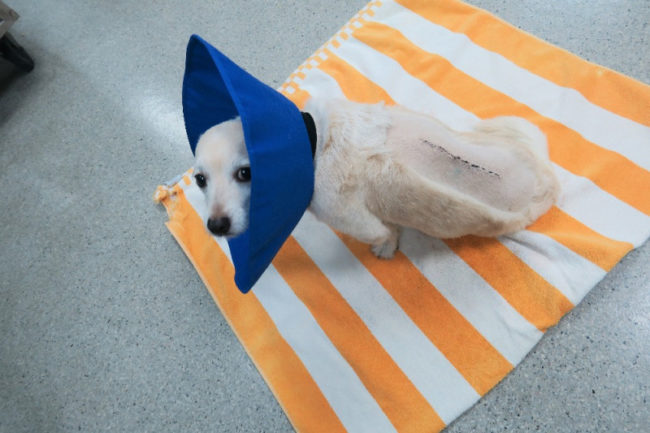 The veterinary hospital contacted The Fuzzy Pet Foundation, begging them to help, and they were able to get the owners to sign over Tiger to the rescue group. Tiger was going to be safe and cared for! 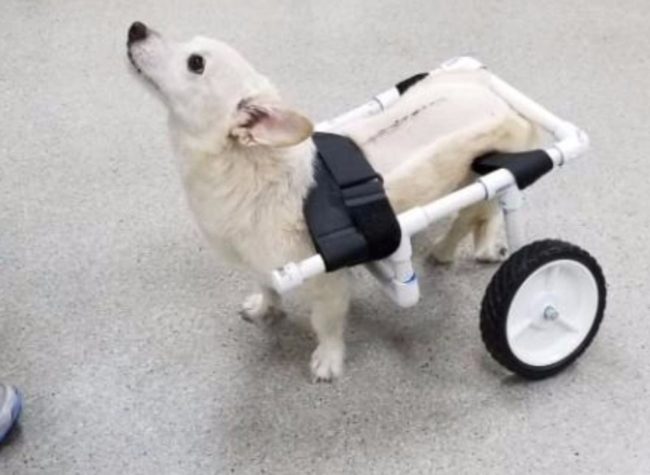 The Fuzzy Pet Foundation has been raising money on GoFundMe for Tiger’s permanent wheelchair. His prognosis is good. He’s no longer in pain, and he’s living a happy and healthy life. He may even walk on his own again, but only time will tell. 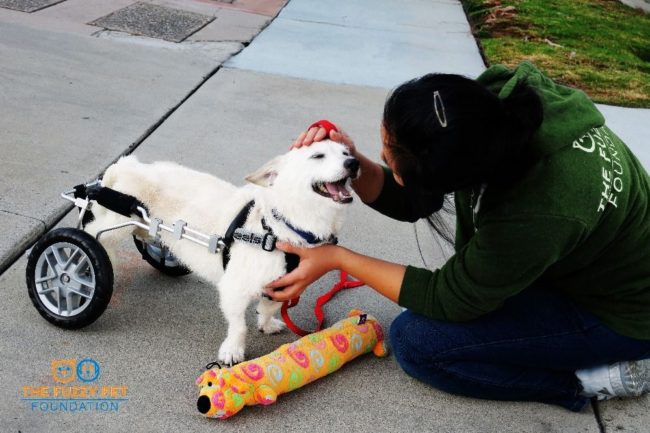 They know it will take some time to find Tiger the right home, because many (like his previous owners) are unwilling or unable to care for an animal with special needs. But they know that the right person will take on this sweet baby in time. Watch the video below for more of his story and to see him running around!

I can’t believe someone would abandon this poor pup, but I’m so glad he was rescued. Now someone will be able to enjoy his company for years to come.