Want To Get In Touch With The Last Male Of This Rhino Species? Find Him On Tinder!

Technology has made the already difficult world of dating even trickier in some senses.

Rather than meeting people the good old-fashioned way, we’ve resorted to hiding behind our smartphone screens and instead of social interactions, we’re texting with a series of filtered photos. While finding your one true love on Tinder may seem daunting, it’s even more overwhelming when you’re the last of your kind.

With the fate of his species hanging in the balance, the last male white northern rhino has taken to Tinder to prove that he’s the world’s most eligible bachelor. While most singles aren’t looking for a six-foot-tall, 5,000-pound companion, our guy Sudan is feeling optimistic about his odds.

Sudan’s Tinder profile will be seen in over 190 countries around the world in 40 different languages. 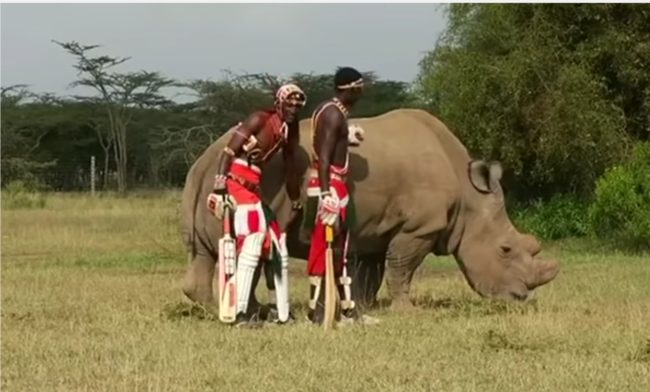 If a user swipes right, they will be taken to a donation page that is being used to help raise funds for white rhino fertility treatments. 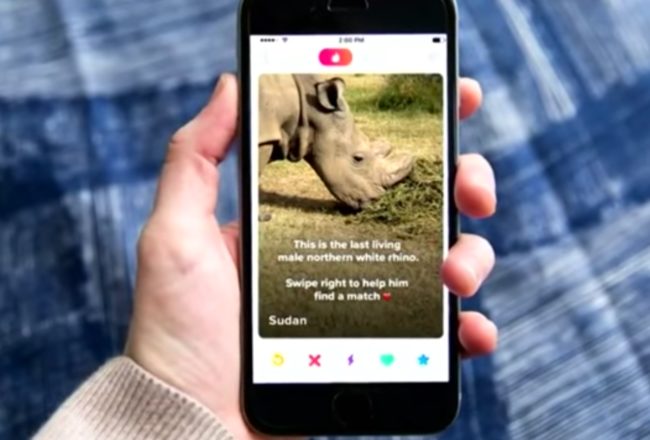 If and when they raise $9 million, researchers at the the Ol Pejeta Conservancy will begin treatments to use Sudan’s sperm to fertilize an egg from one of the two last female northern white rhinos in the wild. 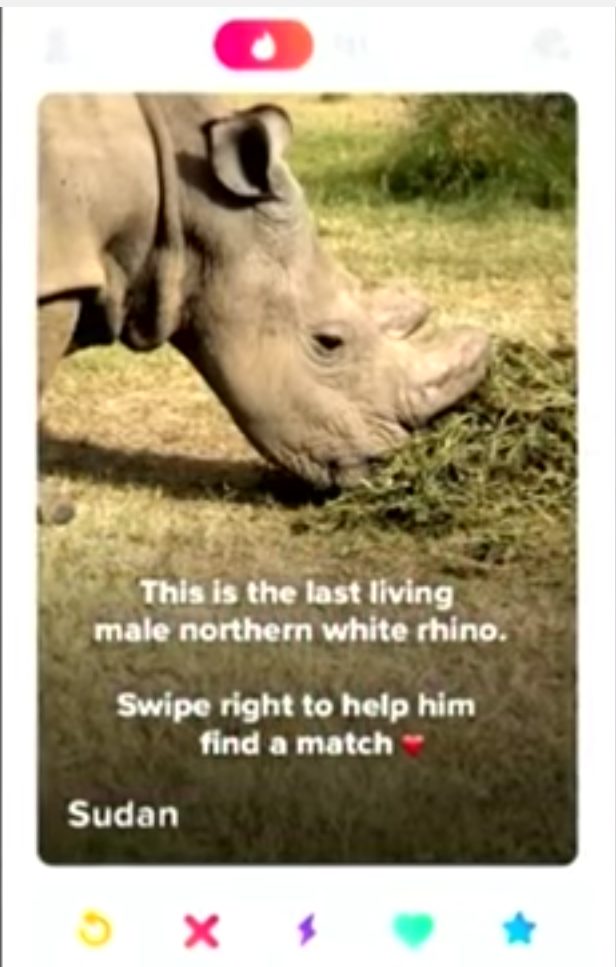 If the fertilization is unsuccessful, the team may also try in-vitro treatments of the far less endangered southern white rhino. 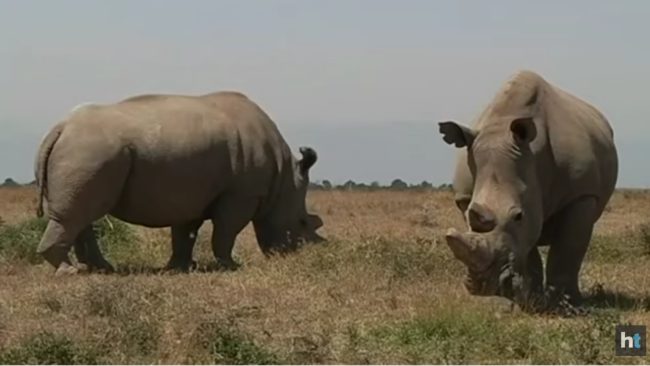 Learn more about Sudan’s quest for love below.

Here’s hoping Sudan meets the girl rhino of his dreams on Tinder! Be sure to share this whacky tale of rhinoceros love with all the animal enthusiasts in your life.