Would it really be the holiday season if we didn’t unearth our large collections of scented candles, filling our homes with just about every wintery, festive scent we can think of?

I, for one, love taking advantage of all the holiday candle sales at places like Yankee Candler and Bath and Body Works. I mean honestly, how can you pass up a deal like buy three, get three free? The holidays are the perfect time to stockpile all your winter apple, sugar plum, and evergreen products before they’re discontinued for another year.

But because we live on planet Earth and we simply can’t have nice things, a recent string of studies have revealed that lighting a candle in your home might not be as relaxing as you may think. In fact, it could be harming the health of not only you and your family but your pets as well.

While your favorite candles may smell good to you, their chemical makeup could be making you sick. 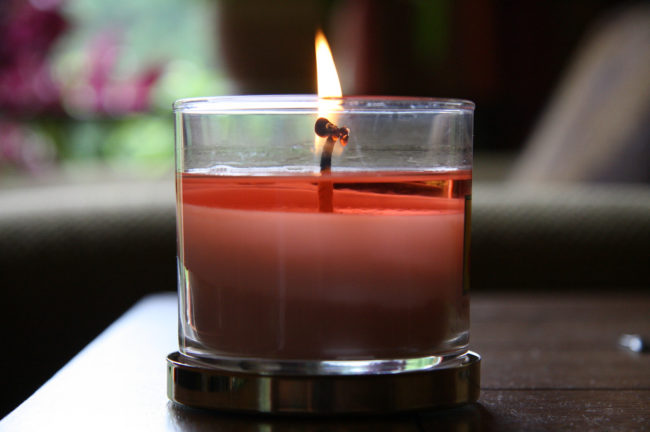 According to MCS-America, most fragranced products contain anywhere from 3,000 to 5,000 different chemicals. Even more alarming is the idea that despite the U.S. National Academy of Science have declared that fragrances should undergo neurotoxicity testing, most of the products on the market have not undergone testing to make sure that they’re safe for humans.

Many of these chemicals have also been identified by the U.S. Environmental Protection Agency (USEPA) as being potentially hazardous. 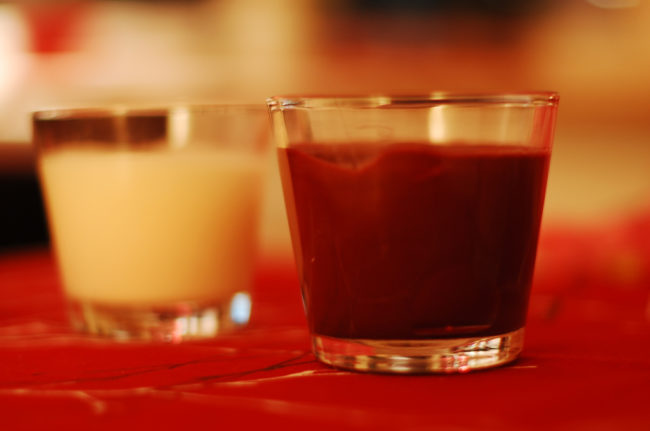 What makes scented candles so horrible for humans is the exhaust given off by these candles. The exhaust is regularly adding harmful toxins into your home, oftentimes without our knowing. Scented candles are made from paraffin, which is a petroleum-based product.

When burned, aroma-therapy candles can be even more dangerous than your basic scented three-wick. 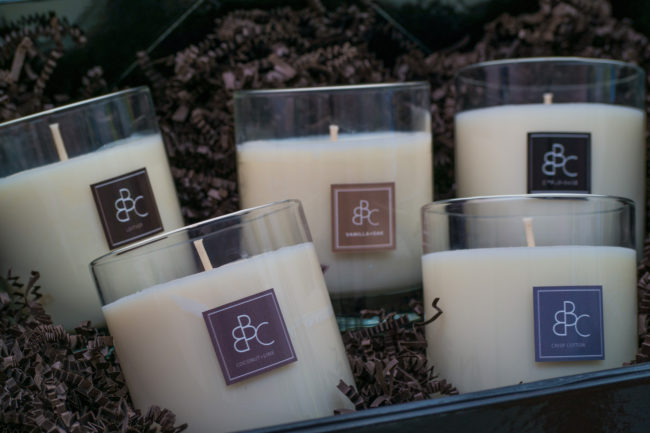 In a 2009 report from South Carolina State University, lead researcher and chemistry professor Dr. Ruhullah Massoudi addressed the risks surrounding candles containing paraffins. “For a person who lights a candle every day for years or just uses them frequently, inhalation of these dangerous pollutants drifting in the air could contribute to the development of health risks like cancer, common allergies, and even asthma.”

Paraffin candles can also be as dangerous to your lungs as second-hand smoke and often times contain the same toxic by-products found in diesel exhaust. 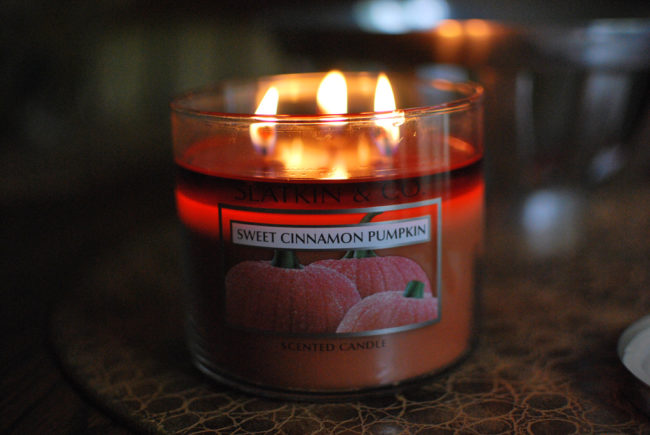 The exhaust given off from aroma-therapy candles can contain volatile organic compounds (VOCs) such as toluene, acetone, and benzene. According to the USEPA’s Toxicology Data Network benzene is known as a human carcinogen, while the other two compounds have large levels of human toxicity.

Candles with more fragrance, like those found at Bath and Body Works or Yankee Candle, are also said to produce more soot, according to a 2001 study performed by the EPA. The same study also mentioned the cancer risks associated with benzene, toluene, and acetone. 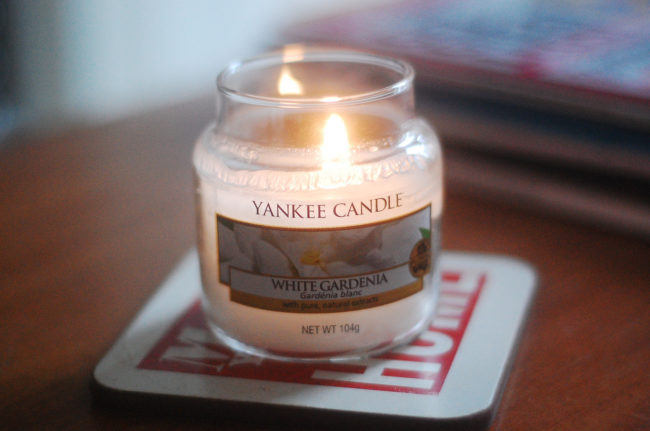 In an attempt to market safe, “green” scented products to consumers, many companies took to releasing green products. 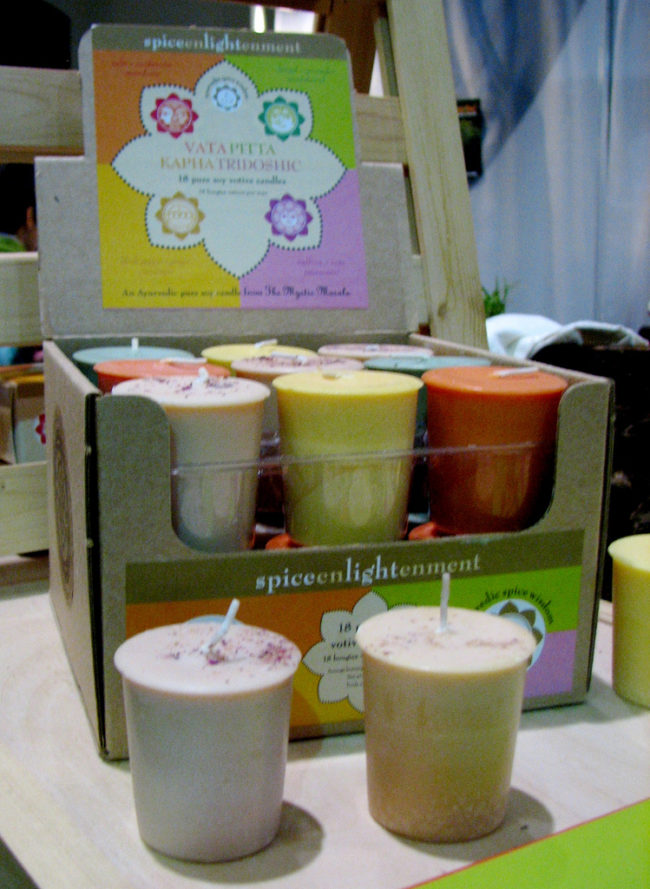 However the emissions given off by these products proved to be no different than those without a special “green” label.A 2009 article published in Environmental Impact Assessment Review revealed that in a study of 25 “green” products, there was a combined list of 133 known VOCs, most of which were outright labeled on the product’s packaging.

In more severe cases of interactions with chemicals found in scented candles, a person may become severely ill from what doctors refer to as Multiple Chemical Sensitivity (MCS). 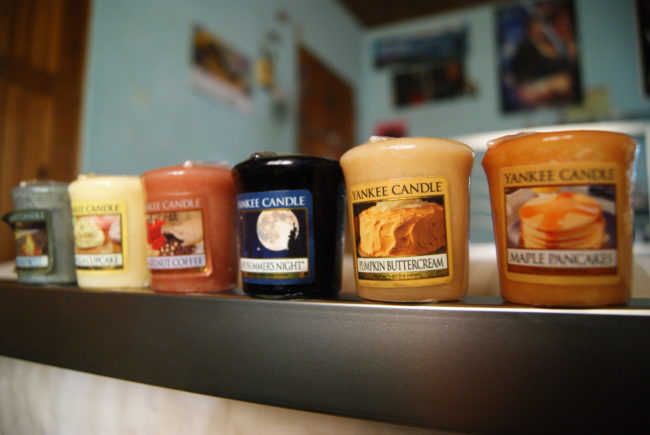 A person with MCS may become gravely ill after exposure to the vapors and airborne chemicals given off by the scented candles or fragrance products. Their illness is so severe, that the patient must isolate themselves from society for periods of time to avoid reactions to chemical exposure.

But human lungs aren’t the only ones at risk thanks to your favorite scented candles. Your pet’s health could be in danger, too. 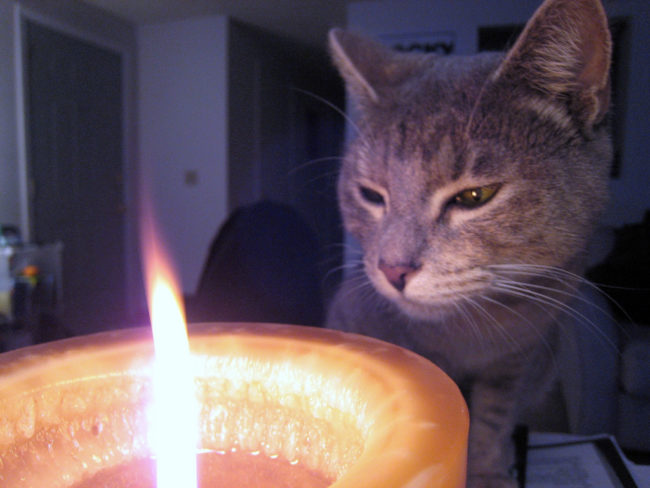 When it comes to your cats and dogs, the same toxins and chemical compounds that are toxic for humans to breathe in are doubly as potent for our pets. In addition to benzene, compounds such as Carbon Tetrachloride and lead are often found in the scented wax of many candles or the composition of the candle wicks. All three of these compounds can prove deadly for your cat. The concentration of these emissions can linger in the air for up to 10 hours after the candle has been lit, increasing the odds of your pet being exposed.

Don’t you just hate it when science dims the light on everything we love in the world? I might have to rethink my holiday stocking stuffers now that I know just how dangerous scented candles can be for our health.