Chances are that the recent mass shooting in New Mexico wasn’t on your radar or even covered by your local news channels, and if it was, I can almost guarantee that the report was fluffed up with such phrases as “lone wolf” and “a very sick man.” Shootings have become so common that they’re often missed by news cycles.

It’s no surprise that we’re living in a time where even the most horrifying news is misinterpreted. During the largest mass shooting in U.S. history, somehow the news focused their attention on all the positive aspects of the “lone wolf’s” life rather than putting the emphasis on the victims.

William Edward Atchison, the gunman behind the New Mexico shooting, was branded as someone who was off the local police’s radar. The entire town of Aztec, New Mexico, couldn’t have been more surprised when Atchison, an attendant at a local gas station, disguised himself as a student at his former high school and killed two innocent students before turning the gun on himself.

But for those familiar with Atchison’s online activities, it wasn’t a matter of if he would conduct a mass shooting, but when.

While in his real life Atchison had no criminal record, online the 21-year-old had a prolific history as a white supremacist with a huge obsession with school shooters. 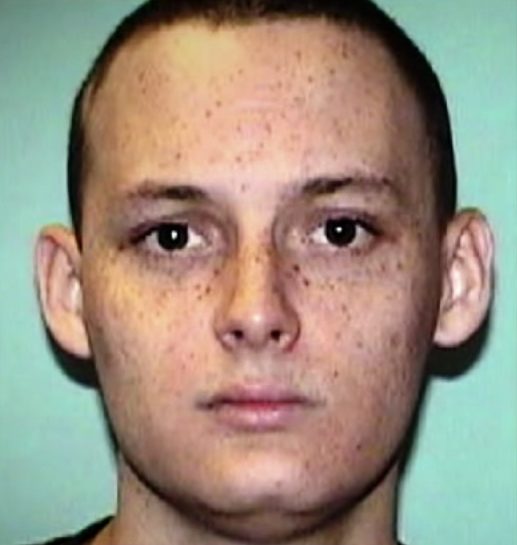 Over the course of the last five years, Atchison took to large platforms and more obscure forums and chatrooms to post racist memes, threats of violence, as well as cries for help. He went by more than a dozen usernames including “Adam Lanza” and “Future Mass Shooter.” 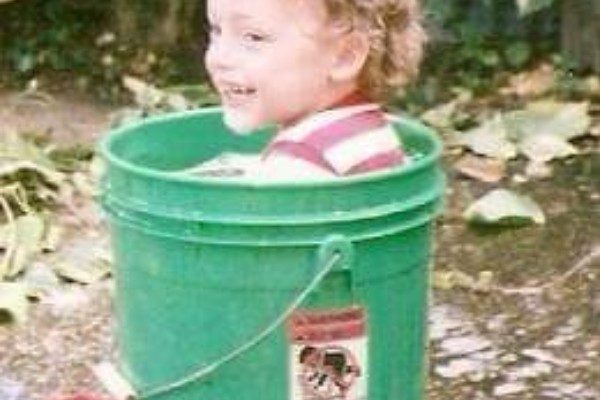 On one of his most frequented websites, EncyclopediaDramatica, a Wiki-like site where users describe memes and jokes in great detail, Atchison went by the username “Satanicdruggie” and willingly volunteered his time as a SysOp administrator.

Despite their like-minded ideals, Atchison made quite a few enemies across the numerous alt-right forums. One of his EncyclopediaDramtica accounts was suspended for nearly two years after other users reported his posts and labeled him as an Internet troll.

In the months leading up to the 2016 election, Atchison was also accused of abusing his SysOp powers after he appended too many pro-Columbine shooting memes and political commentaries praising Donald Trump.

Atchison even went so far as to spread his obsession with school shootings and pro-Nazi ideologies on video game forums and online communities such as Steam. The young man would often leave offensive comments in the review section of the forums critiquing games related to WWII and those involving mass slaughter of characters.

His recent posts on the forums slanted away from trolling to outright preaching of his extreme right-wing ideologies. He would actively post commemorations of past mass shooters on websites such as Kiwi Farms and Blockland.us. In a YouTube update, he outright admitted to anonymously posting on white supremacist sites such as 4chan and The Daily Stormer. 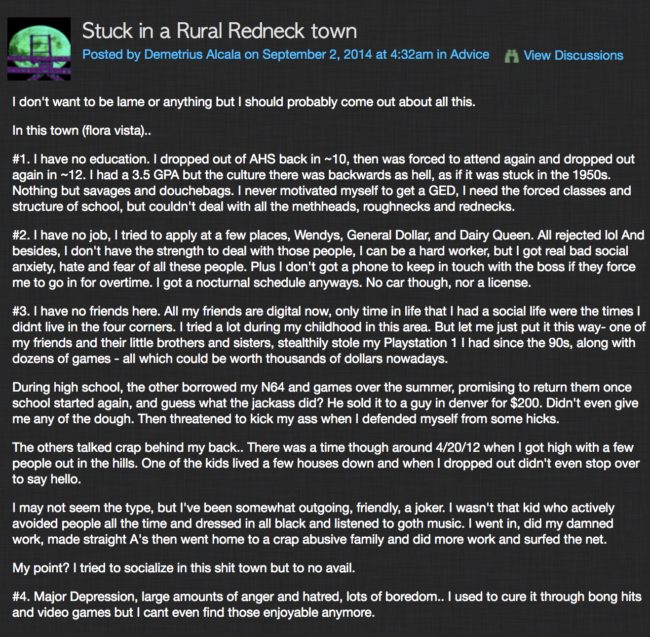 Perhaps even more alarming is that Atchison was just one member of a Steam group referred to as “Anti-Refuge Club,” a video game satire group with other notable mass shooters such as Carter Boyles, Ali Sonboly, and YouTuber “Aesthetic Autism.” 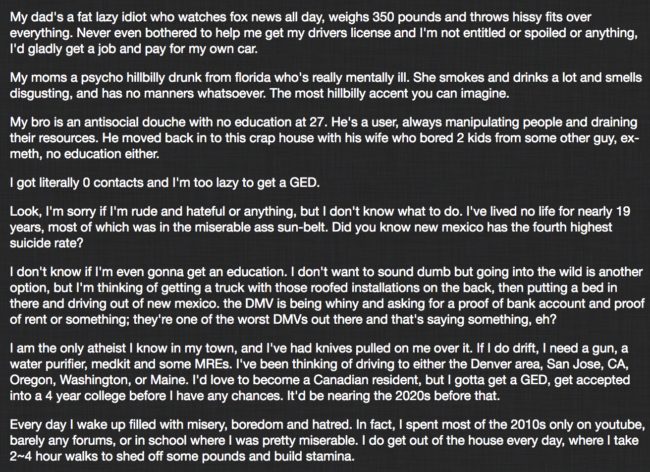 Despite not being on the radar of local authorities, Atchison’s online happenings were brought to the FBI’s attention in 2016. The FBI was tipped off about a forum post where Atchison asked where he could purchase a “cheap assault rifle” for a mass shooting. After interviewing Atchison and his family, the FBI concluded that no crime had been committed, promptly closing the investigation.

At the murder scene, police discovered a thumb drive with a suicide note. It read, “If things go according to plan, today would be when I die. I go somewhere and gear up, then hold a class hostage and go apeshit, then blow my brains out…Work sucks, school sucks, life sucks. I just want out of this shit.”

(via The Daily Beast)

I don’t understand how someone like him could undergo an FBI investigation and none of his other online activities raised any red flags whatsoever. While Atchison’s story may be extreme, there are hundreds of people out there with similar ambitions and internet histories. These people are clearly dangerous.