In the 18th century, a woman named Lilias Adie from Torryburn in Fife, Scotland, was sentenced to be burned to death after “confessing” to being a witch and having sex with the Devil.

Adie ended up dying in her jail cell in 1704 before she could be burned. Some say she committed suicide. While at the time of her death, she went to the grave labeled an evil criminal — in fact, she was buried under a large stone to prevent her spirit from coming back to haunt locals — records of her accusers show that during her interrogation, she bravely refused to name other “witches” who hadn’t already been named.

In the 19th century, Adie’s remains were dug up to study, with her skull being displayed, photographed, and measured in the St. Andrews University Museum. It went missing about a century later, but the images can still be seen at the National Library of Scotland.

With the help of forensic scientist Dr. Christopher Rynn from the Centre for Anatomy and Human Identification at the University of Dundee, BBC Radio Scotland’s “Time Travels” program has been able to use those photos and measurements to recreate Adie’s face with state-of-the-art 3D virtual sculpture. 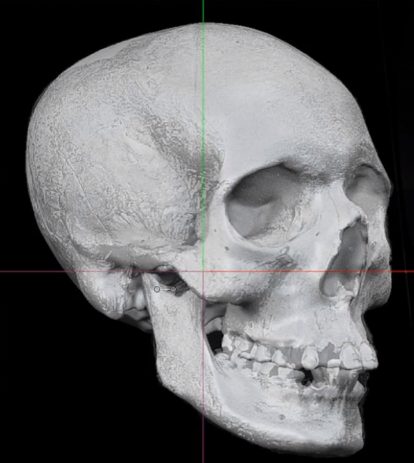 The recreated images show an older woman with a pleasant face, not the monster she was said to be. Records suggest she was possibly in her 60s and frail with failing eyesight. Describing the process, Rynn explained, “When the reconstruction is up to the skin layer, it’s a bit like meeting somebody and they begin to remind you of people you know, as you’re tweaking the facial expression and adding photographic textures.” 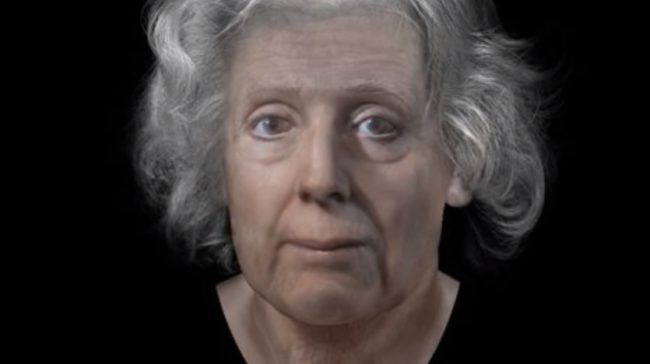 “There was nothing in Lilias’ story that suggested to me that nowadays she would be considered as anything other than a victim of horrible circumstances, so I saw no reason to pull the face into an unpleasant or mean expression and she ended up having quite a kind face, quite naturally,” he added. 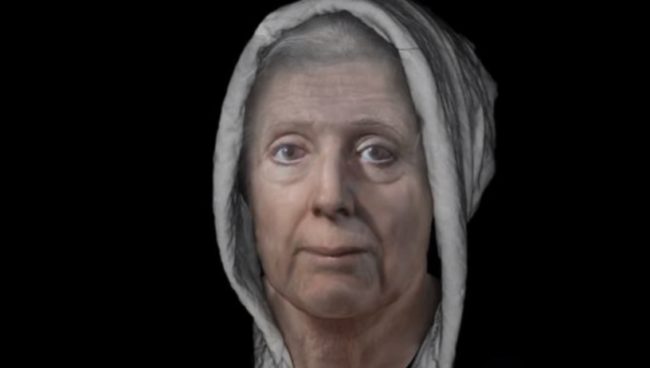 (via IFL Science and University of Dundee)

Because mostScottish “witches” were burned to death, the team believes this is the only accurate reconstruction of one of their faces. You can listen to the entire BBC program here.