Every day in a wild animal’s life is a struggle for survival.

Whether they’re searching for food, water, shelter, or literally fighting off other creatures to stay alive, they have to constantly be on the lookout. As one person’s incredible drone footage of a river in Sainte-Marie, Ontario, shows, potential threats can appear at a moment’s notice — like the wolf that tried to make a meal out of a moose.

In one second, the drone was recording a moose peacefully wading in the river. In the next, a wolf sprinted out of the trees and lunged at it. 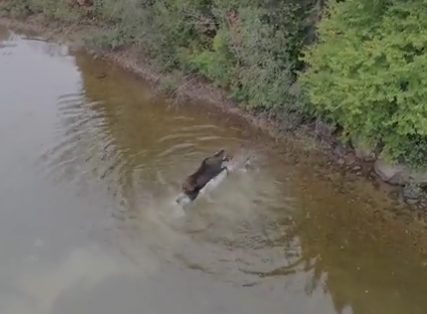 The wolf did manage to latch onto the moose’s leg, but its adversary made it clear that this wouldn’t be an easy fight when it broke free. 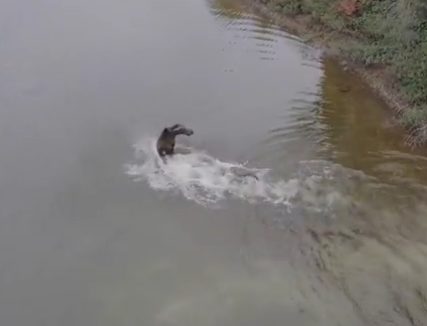 Fueled by hunger, however, the wolf kept pursuing its prey. 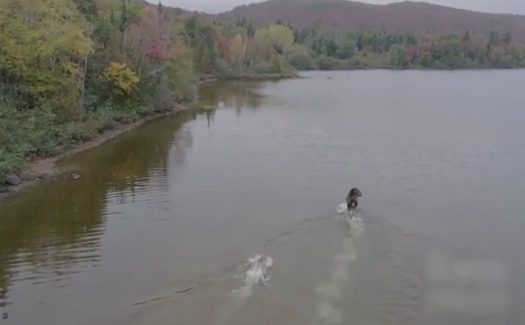 But in the end, the moose came out on top when the wolf eventually gave up. Watch their struggle below.

If there’s anything to be learned from this footage, it’s that nature is beautiful and brutal. Sorry, wolf — looks like you’ll have to find your lunch elsewhere.