Nowhere is completely safe from criminals with heinous intentions, especially if you’re a woman. Even a quick trip to the store could end in a fight for your life.

In September 2017, 21-year-old Jaila Gladden left her Carrollton, Georgia, apartment to go to her local Kroger store. It wasn’t long before midnight when she paid for her items and left. On the walk back to her car, she was approached by a man in the parking lot who asked whether she had a lighter. She said no and went on her way. Only a few moments later, Gladden found herself at the mercy of the man who would kidnap and rape her. If not for her quick thinking, she may not be alive today.

When Gladden got to the vehicle, she felt a knife pressed against her. It was the same man, who then forced her to climb through the driver’s seat to the other side. Security cameras recorded the encounter.

Gladden says he asked her if she knew how to get to Atlanta, then began driving in that direction. After a while he stopped and parked the car behind an abandoned church, where he forced Gladden to take off her clothes, said there was “no purpose in crying,” and raped her. 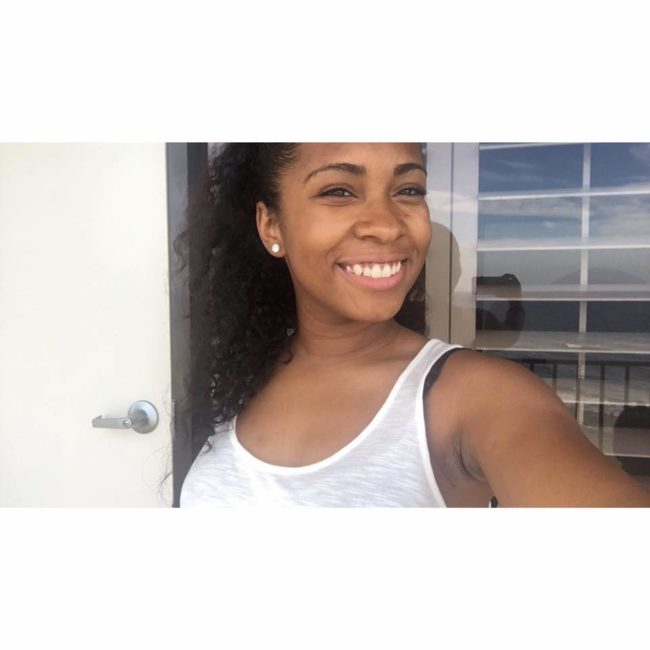 Gladden saw her chance to escape when the man began driving again. He shared his plan to rob an Atlanta gas station, and she told him she couldn’t give him directions without looking up the locations on her phone, which he’d taken away. 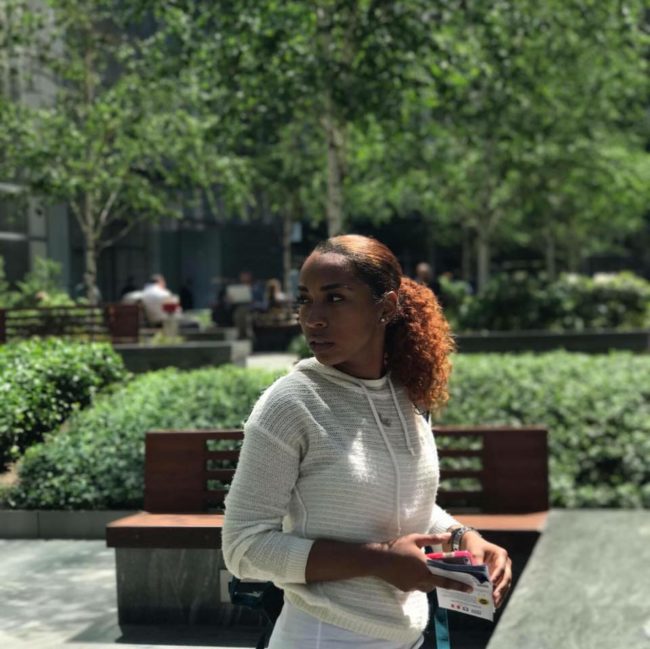 He handed it over. That’s when Gladden turned the brightness down and sent her location to her boyfriend, Tamir Bryant. “It was the most logical thing to do,” she said. And it likely saved her life. 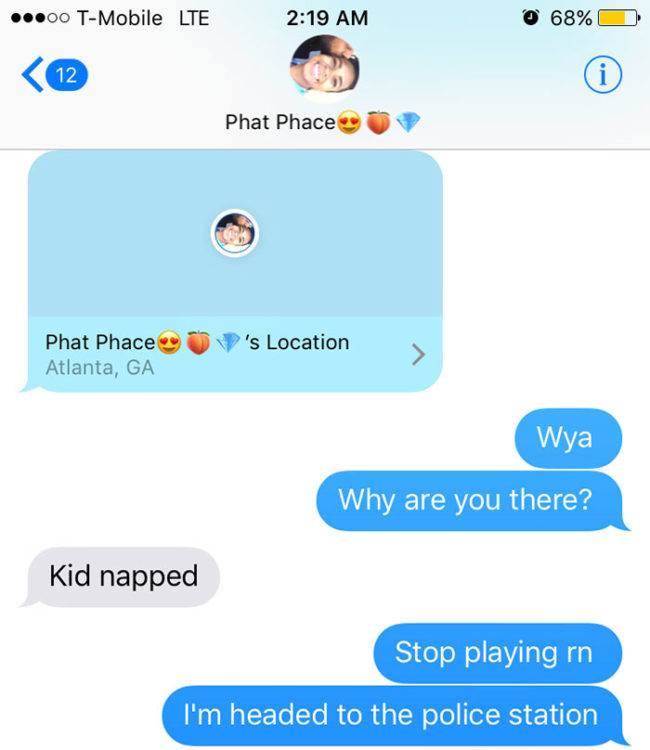 She texted Bryant as much as she could without tipping her kidnapper off.

Bryant went a local police station, where Gladden’s roommate helped identify the make and model of her car. The station notified the Atlanta Police Department and provided them with updates on Gladden’s location. 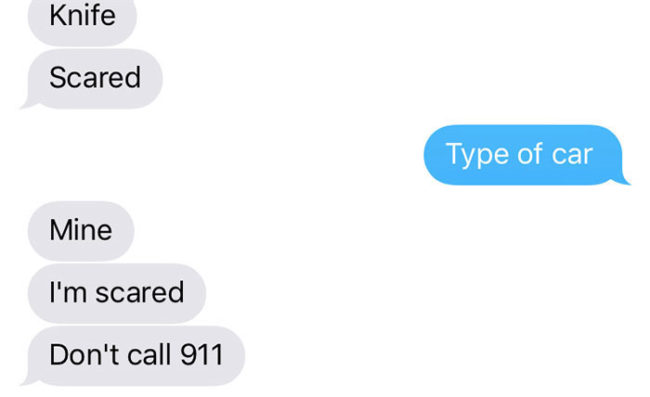 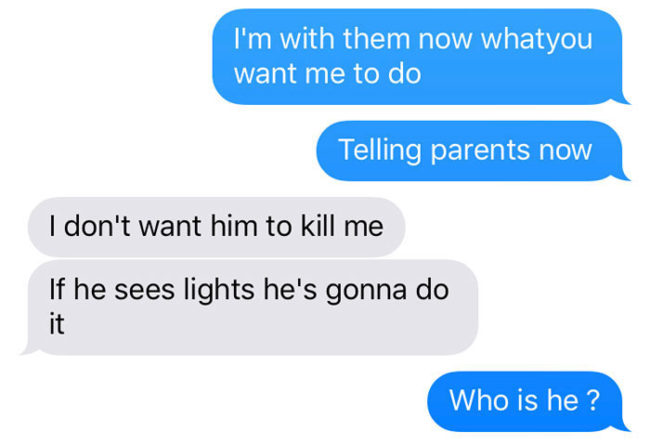 During that time, the attacker stopped and parked near an Atlanta Kroger store, which he’d planned to rob the next morning. A police officer happened to be in the parking lot and noticed the car matching the description. 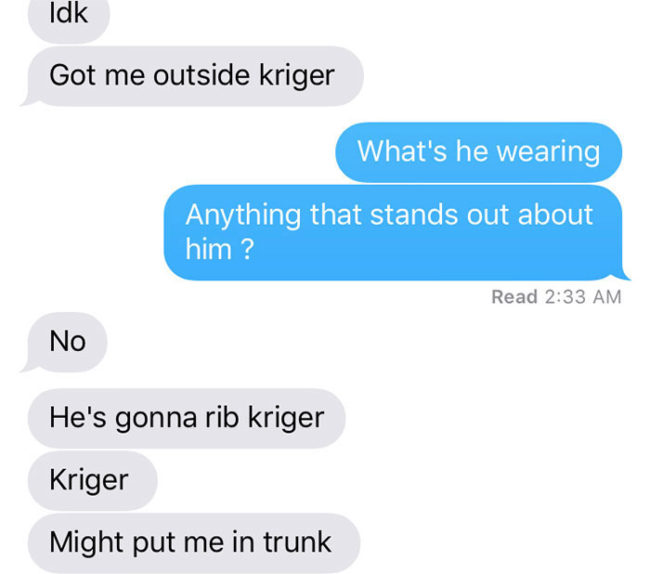 The man panicked and tried speeding out of the parking lot, hitting four other vehicles and the parked patrol car. He also hit a fence, after which he got out of the car and ran on foot. That’s when Gladden finally knew she was free. 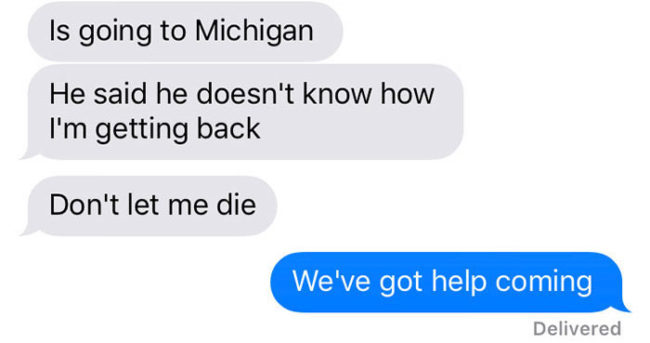 (via Bored Panda and BuzzFeed)