Jane Goodall Saved This Chimp’s Life. Watch What Happened When They Said Goodbye.

Jane Goodall has dedicated her life to studying the interactions and behaviors of the world’s many primates.

It’s no surprise that in her decades of experience, she has become a lead expert on chimpanzees. Among her many accomplishments working as a conservationist and animal welfare advocate, Goodall founded the Jane Goodall Institute in 1977.

But perhaps her crowning achievement was the creation of the Tchimpounga Chimpanzee Rehabilitation Center located in the Republic of the Congo. Over the years, Goodall and her team have been able to rescue more than 160 chimps. But as their facilities quickly began to fill up, she and her staff knew they had to expand the sanctuary. In doing so, they added a facility on Tchindzoulou Island. That’s where she made a forever friend.

Wounda the chimp was near death when she was taken in by the rehabilitation center. 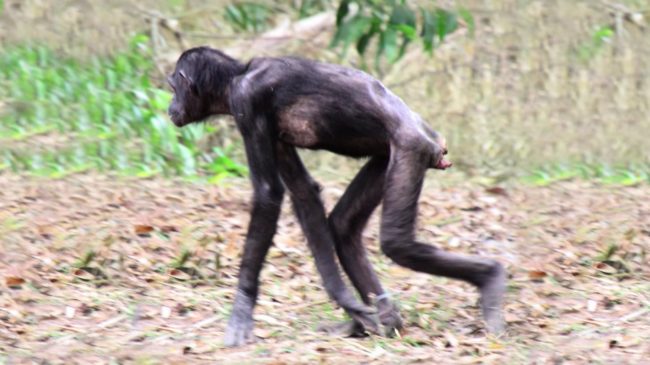 As the years progressed, Wounda was able to heal and learn to overcome adversity, so much so that Goodall and her team prepared to release her into the wild. 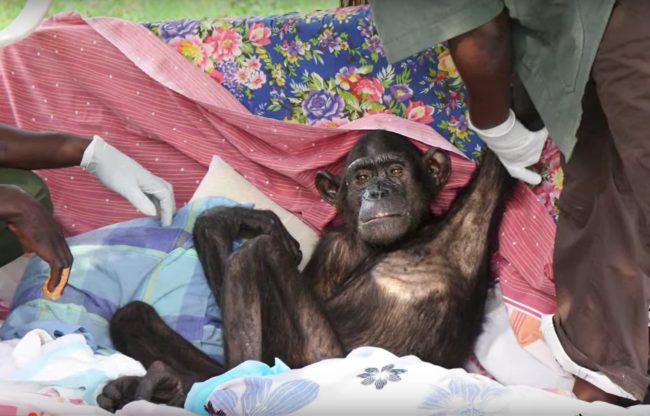 To take Wounda to her new home, they boarded a boat and set sail for Tchindzoulou Island. 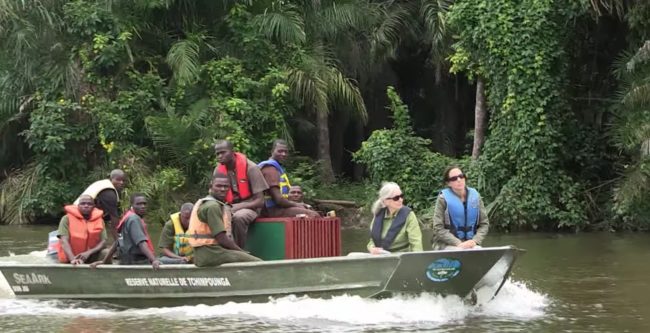 Their journey didn’t stop there. The team then had to carry the chimp deep into the jungle before they could release her. 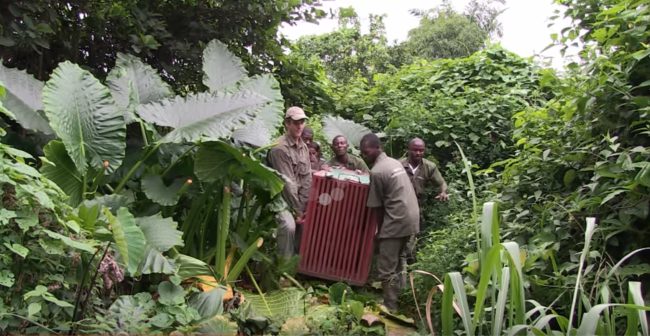 But as they prepared to say their goodbyes to Wounda, they discovered that they had made quite the lasting impression on the chimp. 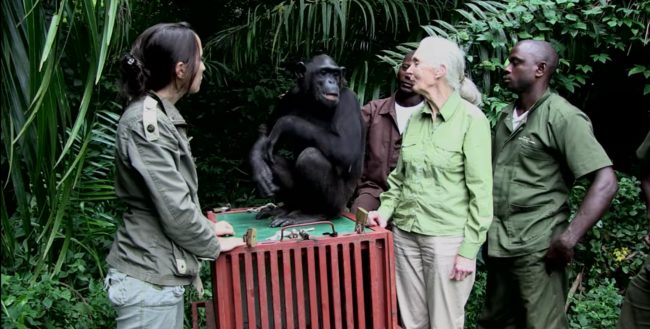 Head over to the next page to see what happened when Goodall and Wounda parted ways.

This is so precious.

Even at age 83, Jane Goodall continues her life’s work with the same energy and gusto that she has had for over five decades. Share this story with an animal lover that feels the same way about animals as she does.