He Thought He’d Laid His Son To Rest. Then He Heard His Voice On The Phone.

On May 6, 81-year-old Frank Kerrigan experienced a father’s worst nightmare when he received a call informing him that his oldest son had been found dead.

Frankie, a 57-year-old who is mentally ill and homeless by his own choice, kept in touch with his family every once in a while. His sister, Carole Meikel, had been worried that he might die on the streets and was devastated to hear the news. What they didn’t know, however, was that the Orange County Coroner’s office had mistaken a body found outside a store in Fountain Valley, California, for Frankie.

Six days later, Frank buried who he thought was his son next to his late wife’s grave. 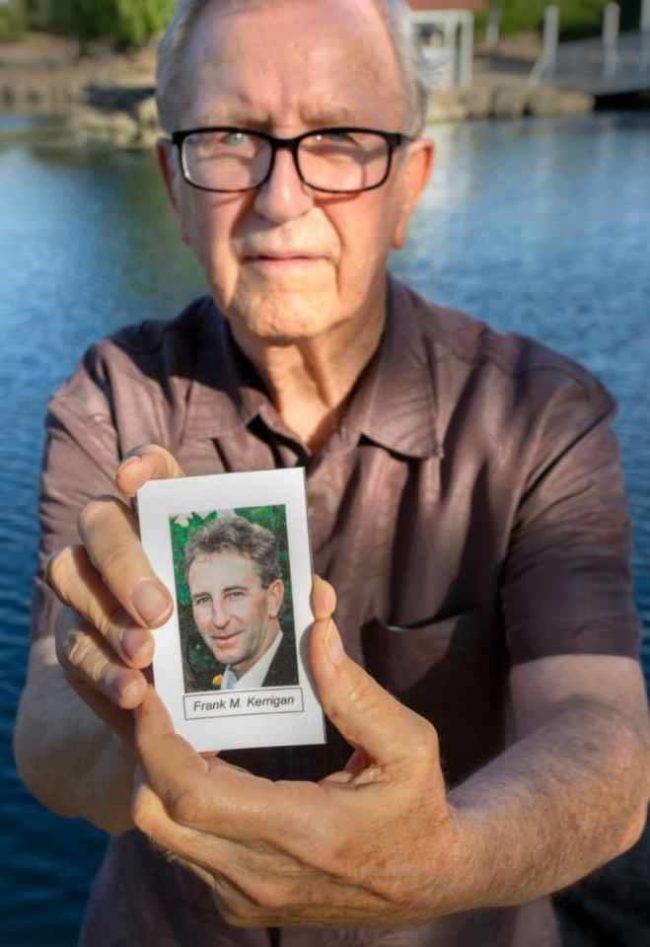 Relatives flew in from out of state to attend Frankie’s funeral, which the family spent thousands of dollars on. Two weeks later, though, one of the pallbearers, who is a family friend, called Frank and shared something incredible.

Though Frank was initially told that the coroner had identified Frankie’s body with fingerprints, he was confused to later found out they did so with an old Department of Motor Vehicles photo instead.”They told me they had his identification but his wallet was empty,” Carole said.

The family is obviously very happy and relieved to know Frankie’s still alive, but they’re also seeking damages against Orange County for their emotional suffering. Learn more about this bizarre story in the video below.

(via CNN and Today)

It isn’t yet known to the public who the buried man is, but the Orange County Coroner’s Office stated they had identified him. Share if you think negligence played a role in this situation.