It Seemed Like A Useless Little Closet. Then This Creative Guy Took Over And Now I Want It.

Author Noah JD Chinn had a spare closet that he wasn’t sure what to do with. The other closets in the home were filled with clothes and storage boxes, so the spare closet was his. All his. So, he let his imagination run wild and created the coolest home office we have ever seen, complete with little touches that could make any nerd drool. I present to you, the Nerd Hole:

It all started out with a 4.5 foot walk-in closet. It didn’t look like much at first. 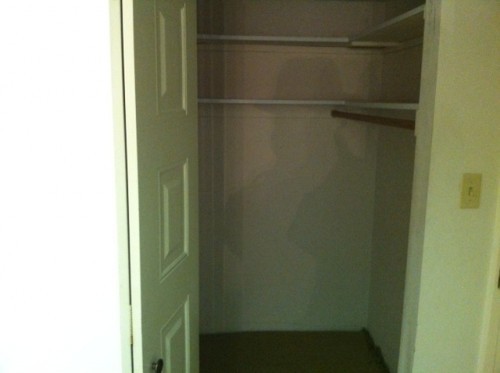 The author decided to put a small desk and a chair in the closet, along with his computer and typewriter. Not bad. A little cramped. 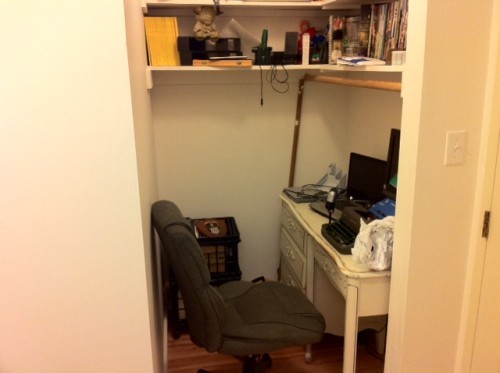 Then, he decided to get serious about making this space into something awesome.

By buying shelves with shallow drawers, mounting his laptop and finding some space-saving solutions from Ikea (and his own brain of course), he began to make progress. 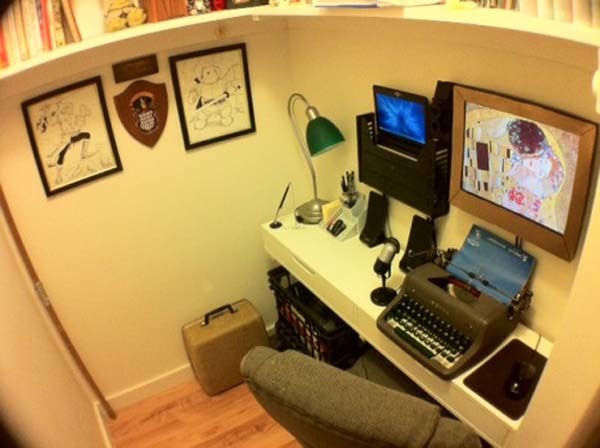 The laptop was mounted to the wall, a secondary monitor was added as well and then there was just enough space for his re-purposed typewriter. 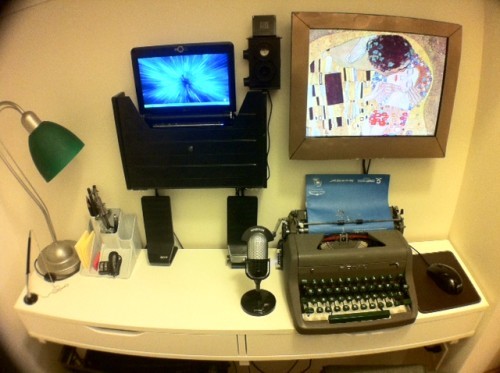 He even added a gold border to his second monitor so it would look just like a picture frame when not in use. 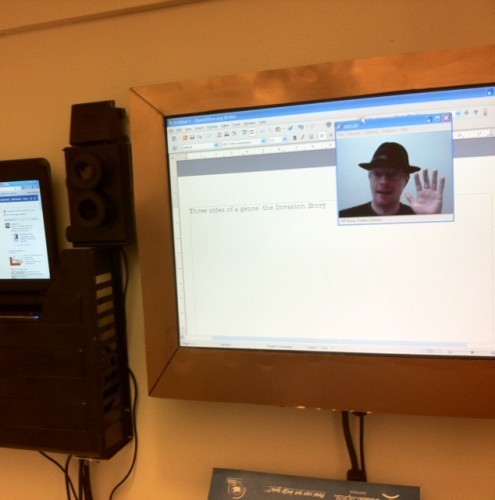 Then, he realized he needed a door. … and it came to him. The door looked like something. 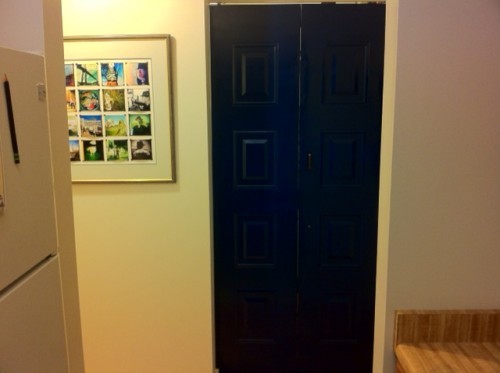 With a little blue paint, fake windows and a tiny sign…

He had his very own TARDIS. (Nerd. Heaven.)

He turned his office into a playground. 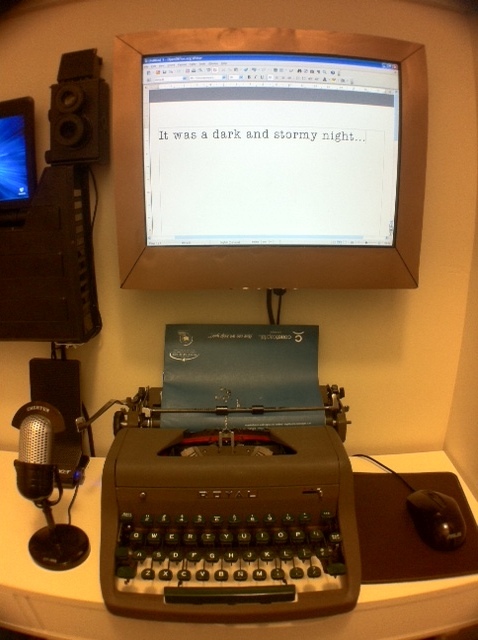 As time went on, he added extra little touches… 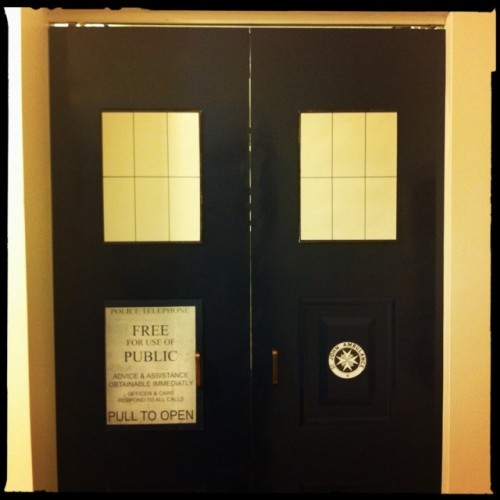 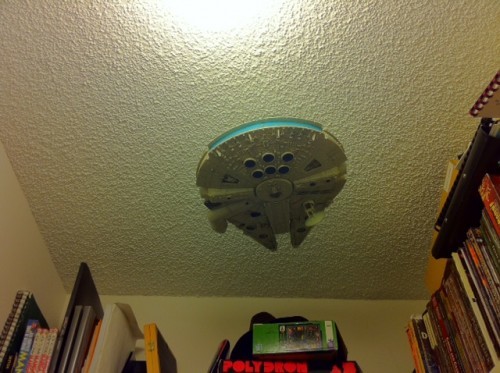 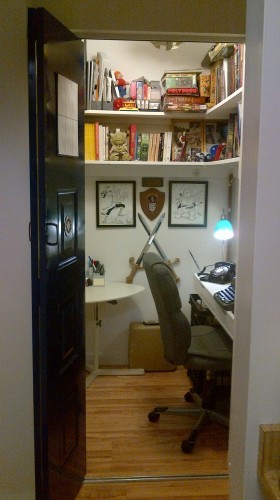 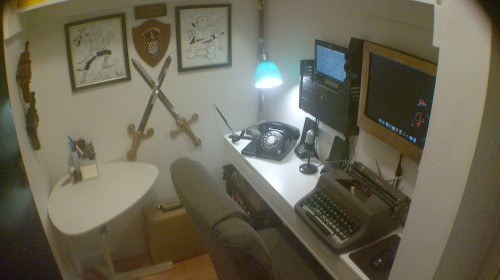 He uses his new-and-improved Nerd Office to write novels and stories like these ones. 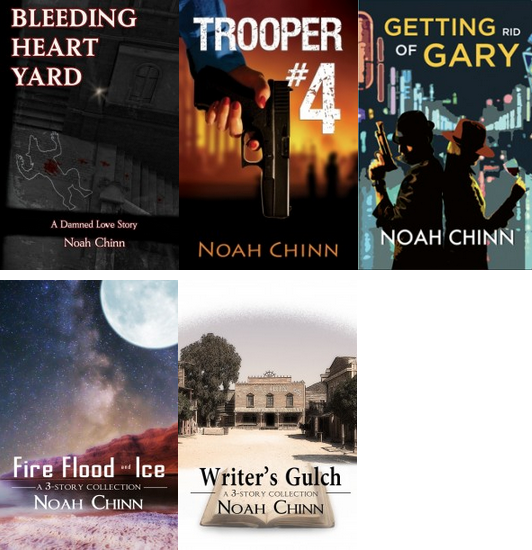 What makes the space really unique is the old-fashioned typewriter Noah converted into a USB keyboard and the iPhone dock that’s made out of a rotary phone.Noah has the gift of creativity, but redefining small home spaces isn’t his calling. He is an author of novels and short stories at heart. Check out his work!Share this awesome use of space with others. There’s so much we can do with so little.