Here’s one thing that Bill Gates, Rob Lowe, and Warren Buffet have in common that isn’t being rich dudes.

McDonald’s Gold Cards. What’s a McDonald’s Gold Card, you ask? Well, it’s only the greatest thing you’ve never heard of. Basically, if you have one of these cards, you can go to the McDonald’s franchise that gave it to you (or in the case of Mr. Gates, any McDonald’s anywhere in the world) and grab a free meal whenever you want.

Sounds great, right? Sadly, however, you usually have to be pretty extraordinary (or at least extraordinarily famous) to nab one of these. Rob Lowe recently shared his Gold Card secret with Jimmy Kimmel and we’ve been jealous ever since.

And actually, Rob Lowe didn’t even get his card, which most call the McGold Card because why not, because he was famous. Instead, he got it because his friend’s dad, Herb Peterson, actually invented the McMuffin, a feat for which the rest of us are very thankful. 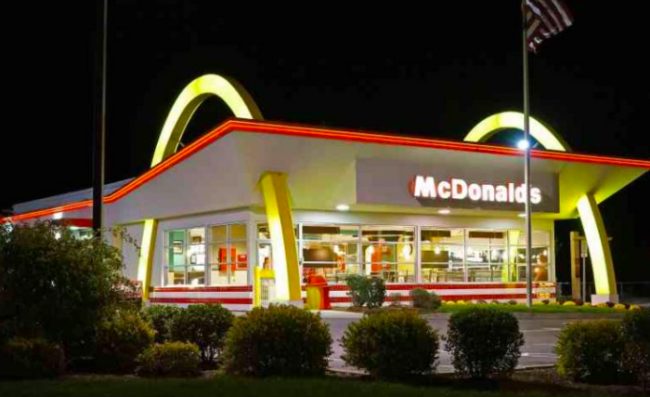 Oddly, there’s quite a bit of politics involved as far as how one obtains one of these mythical cards and how they can be used. 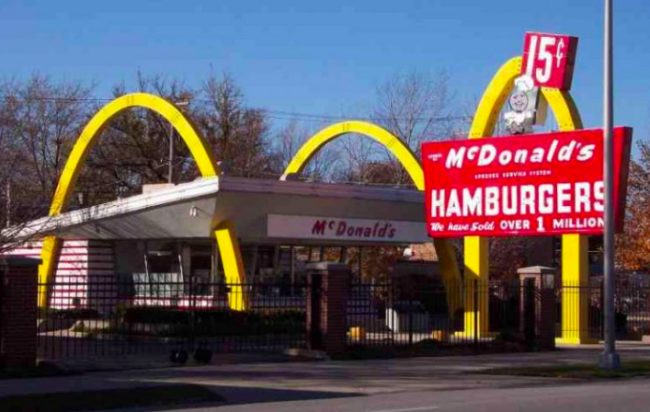 As stated by Business Insider, the cards are not given out by the corporate office. Instead, they’re given out (extremely rarely) by specific franchises to be used only at those franchises. In the case of Buffet, however, he can only use his in Omaha. Gates can use his card anywhere he wants globally because he’s Bill Damn Gates. 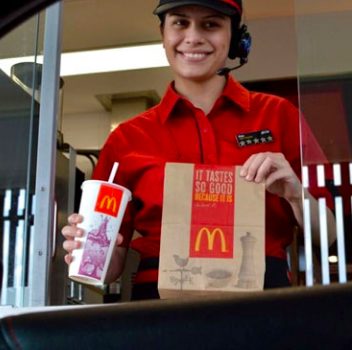 If you’re lucky enough to have one of these, you can save yourself a few bucks if you ever want to stop for a quick lunch at America’s favorite fast food joint. The irony here is that mostly rich people get them. 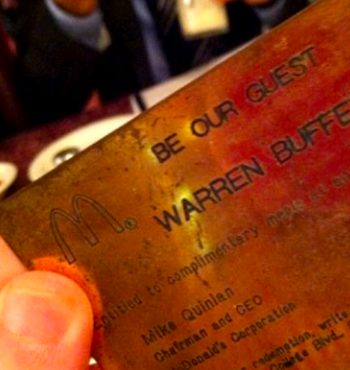 You know, of all the perks that come with being a celebrity, this might be the best one. Now I have to figure out how to get famous so I can get my own card.