It Doesn’t Get Cooler Than This: Motorcycle Chariot Racing. It Was A Real Thing.

Most people would think that we discovered every high energy sport for adrenaline junkies by 2014.Not quite. There is still one more sport 2014 needs that, until recently, was lost to the ages.

I am, of course, talking about motorcycle chariot racing.

Motorcycle chariot racing is exactly what it sounds like. A motorcycle (or two) are strapped to the front of a chariot and raced like the good old days of the Roman Empire. 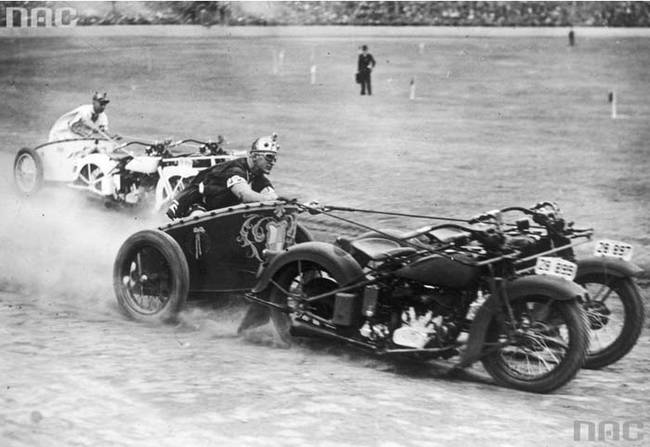 The sport supposedly caught on during the 1920s and peaked around the mid-1930s. 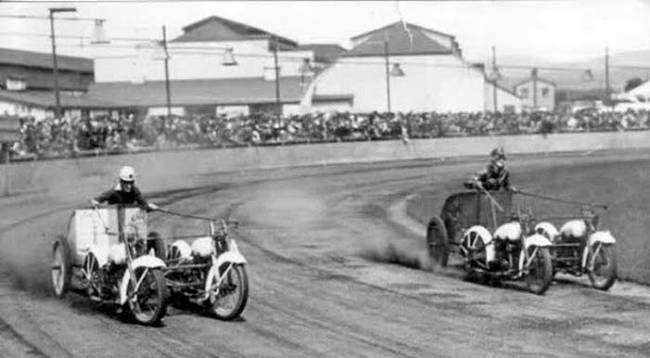 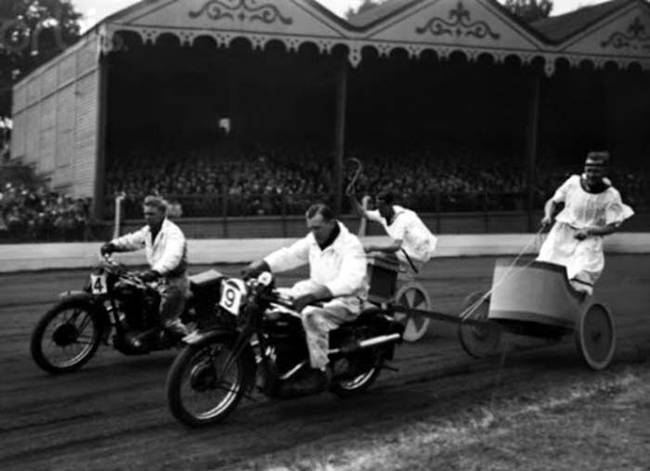 Some versions of the sport had riders on the motorcycles while the chariot rider “drove” them. 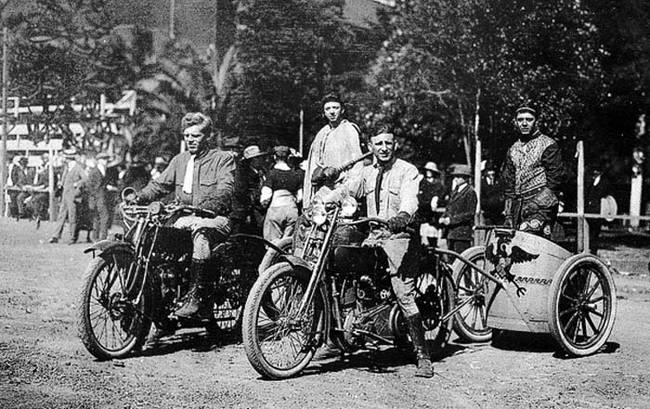 Sadly, there is not much information available about how the sport worked.

Some of motorcycle chariot riders were pretty daring. 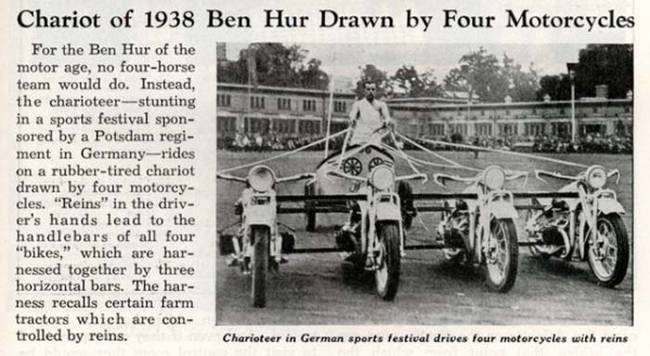 Some people keep the old tradition of motorcycle chariot racing alive in the modern day. We only hope this most awesome sport makes a comeback. 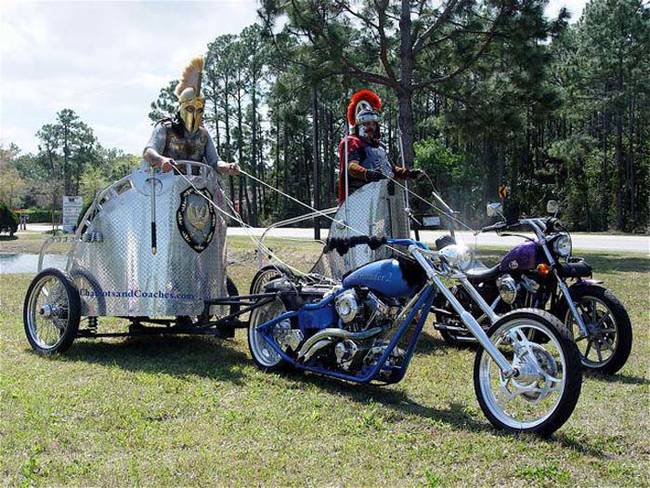 Here is a visual demonstration of how a motorcycle chariot works.

Some people take them out on the open road. It’s pretty awesome.

If I knew this was an option, I would try to become a professional motorcycle chariot racer instead of a writer. Think of all those wasted years…