Here Are 10 Natural Culprits That Could Cause A Zombie Apocalypse

Zombie stories are terrifying, but most people feel safe knowing that zombies themselves aren’t real. Well, not so fast, people. While the movie zombies from Night of the Living Dead and 28 Days Later might not be coming to get you anytime soon, there are plenty of organisms, toxins, and parasites that are creating forms of zombies every day.

Could a day come when one of these things starts zombifying humans instead of small brains? Or maybe a new medical technology will run out of control and start turning unsuspecting people into zombies? (The answer is “Probably.”) 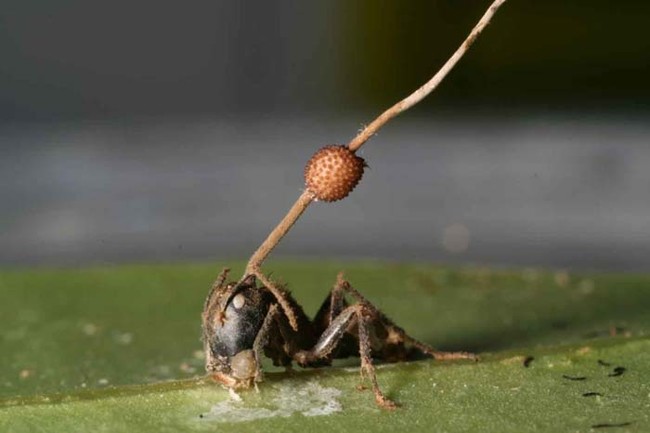 Ophiocordyceps is a genus of parasitic fungus whose species attack different species of insects in the jungles of Africa. For ants, the spores of the fungus infect individuals and take over their brains. The fungus instructs the ant to climb up the stalk of a plant and attach itself to the underside of a leaf about 25cm above the ground. That’s when the ant dies and the fungus begins to grow a stalk right out of the head of dead ant. After a few days, when the stalk is fully grown, it unleashes more deadly spores and the process begins again. Could Ophiocordyceps fungus eventually evolve to infect humans? That’s the plot of the post-apocalyptic video game The Last of Us, so maybe…

Check out Ophiocordyceps in action below. It’s terrifying. 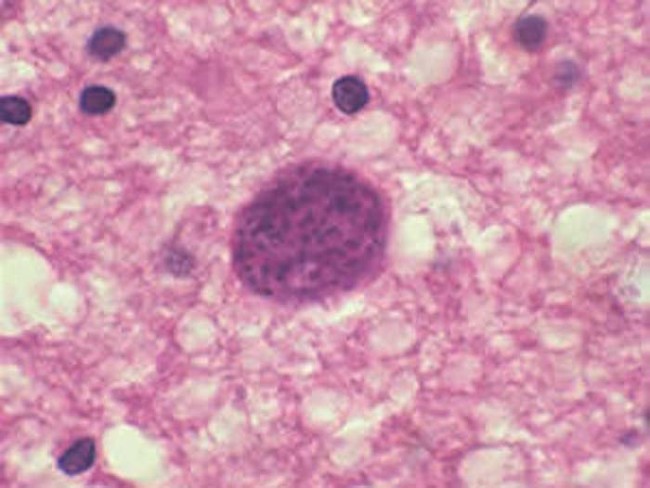 Toxoplasma gondii is a neat little brain parasite that primarily infects rats. Once infected, it manipulates the brain of the rat. Instead of being fearful of, and running away from cats, the rat starts to seek out cats. Studies have shown that Toxoplasma-gondii-infected rats are attracted to the smell of cats and cat urine. Infected rats like to approach cats and be killed or eaten by them. Then the parasite moves to the cat, where it can breed. There have also been cases of Toxoplasma gondii infecting humans who (presumably) got it from their cats. So far, there haven’t been any conclusive links between abnormal human behavior and Toxoplasma gondii carriers…yet.By the way, more than 60 million people in the United States alone may be infected with the Toxoplasma parasite. Good luck sleeping! 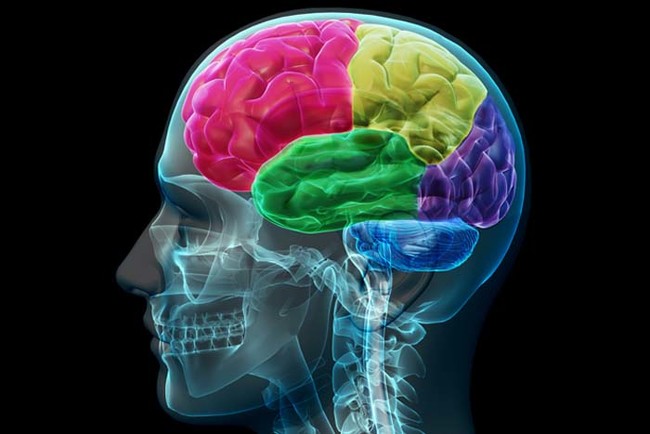 Thanks to stem cell research, it will soon be possible for humans to regenerate decaying organs. While this procedure would work with most organs in the human body, it would not work on the brain. When we die, our brains begin decaying from the outside in. For those not familiar with human neurology, the outer layers of brain contain the bits that make us human (memories, emotions, logic, etc.), while the inner layers (the brain stem) contain the bits that keep us alive and functioning (breathing, eating, heartbeat, etc.). Unless you’re reviving someone immediately, the outer layers of brain function will be too decayed to bring back. In a hypothetical situation like this, you might accidentally end up with a mindless zombie human who can live, but not think. (Let that sink in for a minute.) Now, think about someone with an evil purpose going about reviving the dead and creating an army of zombies. It could happen. 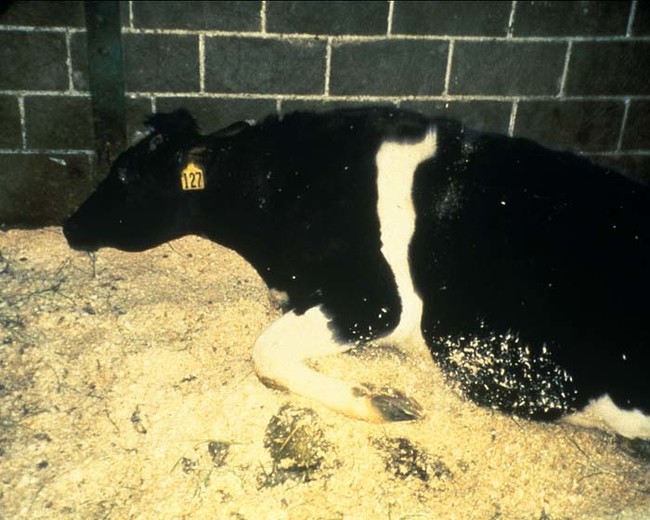 Did you know that humans can get mad cow disease? In humans, doctors call it Creutzfeldt-Jakob disease. Creutzfeldt-Jakob has symptoms that are strikingly similar to how the rage zombies act in 28 Days Later. Here are a few of them: changes in gait, hallucinations, stumbling and falling, muscle twitching, myoclonic jerks or seizures. Doesn’t that sound like a zombie to you? Luckily though, Creutzfeldt-Jakob does not induce violent tendencies in its victims. However, it’s not outside the realm of possibility that it could mutate over time to do so. 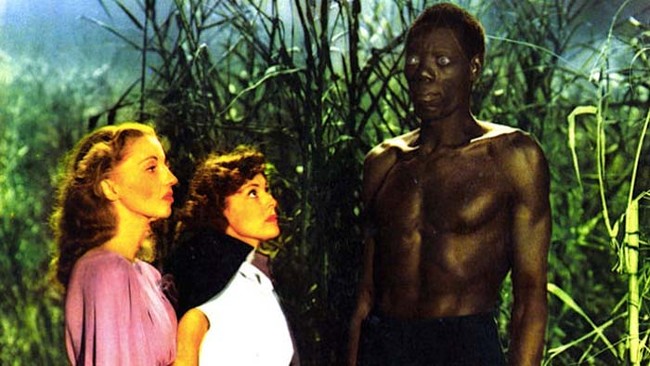 Throughout history, there have been numerous reports of zombies on the island nation of Haiti. While it’s difficult for modern researchers to substantiate many of these claims, they do make you think. In 1997, an English medical journal launched an investigation of three supposed cases of zombification in Haiti. Out of the three alleged zombies they studied, they concluded that none of them were actually zombies. One, they said, was suffering schizophrenia, and the other two were cases of mistaken identities. However, the study just looked at just three cases. There have been many more throughout history that no one has researched critically. Could there be a zombie secret hiding in the wilderness of Haiti, waiting for its chance to strike? 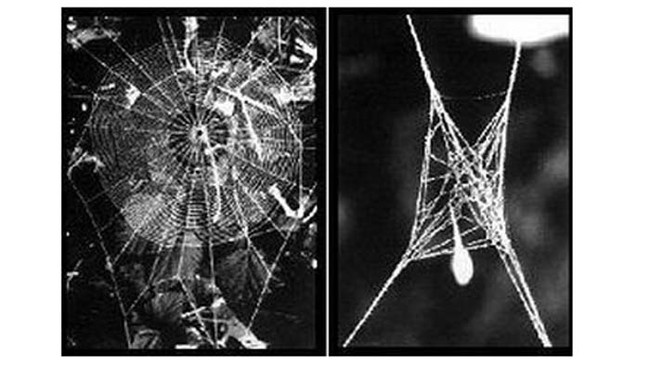 Afraid of wasps? Good. Now, you’re going to be terrified of them. The tropical wasp species, Hymenoepimecis argyraphaga, is a parasite in the strongest sense of the word. These wasps target orb weaver spiders and use them as hosts for their young. When it comes time to lay their eggs, the female wasp will search for an orb-weaver, sting it (which paralyzes the spider), and lay her eggs on the spider’s abdomen. If that sounds bad, it gets worse. Not long after the eggs are laid, the larvas hatch and stay attached to the spider, sucking its blood. Several weeks of this and the larvas begin injecting an as-yet-unknown chemical into the spider. The chemical takes over the spider’s brain and it begins weaving a cocoon for the larvas. Once the cocoon is finished, the brain-controlled spider just sits inside of it, waiting for the next phase of the larvas to molt. When the newly molted larvas arrive, they eat the spider and spend their next weeks in the cocoon. A few weeks later, the larvas become adult wasps and everything starts all over again. (Yet another reason to carry bug spray all of the time.) 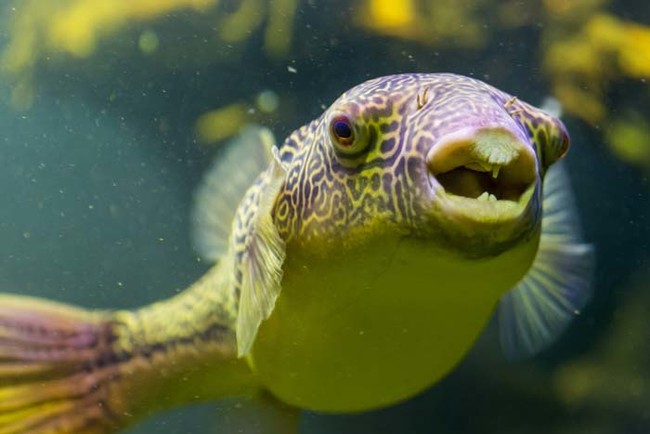 You might be familiar with neurotoxins in the form of chemical weapons. However, neurotoxins can also be used to induce very convincing deathlike states in humans if you can get the proportions right. One of the deadliest neurotoxins on the planet is the kind produced by pufferfish. If you’re unfortunate enough to ingest any of it, you’ll be dead very soon. However, if applied on the skin, it can temporarily induce a deathlike state. When the poison wears off, the victim still won’t feel too great and might be able to be convinced that they are a zombie. While it’s unlikely to cause a zombie apocalypse…what if this toxin was weaponized to zombify the masses? 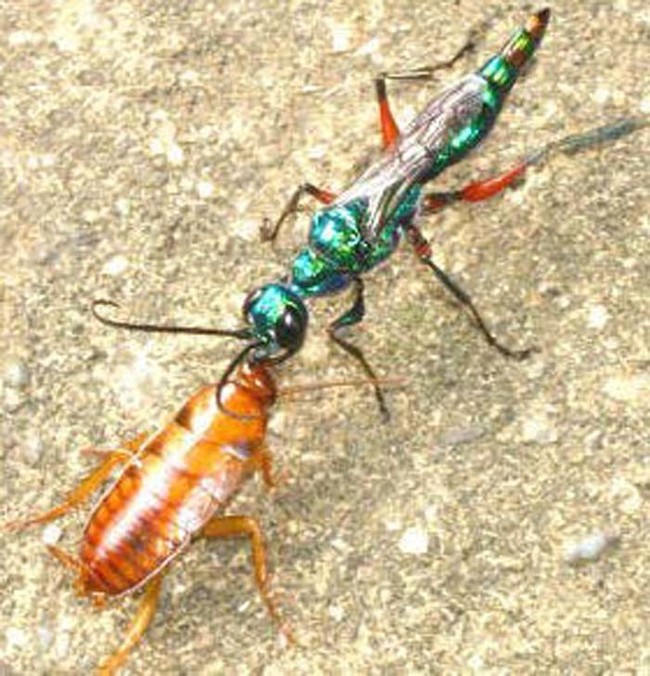 Today I Found Out

Great. Another parasitic wasp. This wasp, however, likes to use cockroaches as hosts for its young. First, the jewel wasp will seek out a roach. Then, it stings the roach once in the brain to stop it from fleeing. Once the roach is immobilized, the wasp makes a much more surgical string right in the part of the roach’s brain that allows it to initiate complex behavior (like walking). From here, the wasp literally drags the cockroach by the antenna back to its burrow. Before the cockroach is released, the wasp lays one egg on its abdomen. Then, the roach is allowed to return to the burrow. Before it leaves, the wasp makes sure to block up the entrance to the burrow. Three days later, the wasp larva hatches and begins to slowly eat the insides of the cockroach.(And in case you’re counting, this is creature #3 that turns other bugs into zombies they can control.) 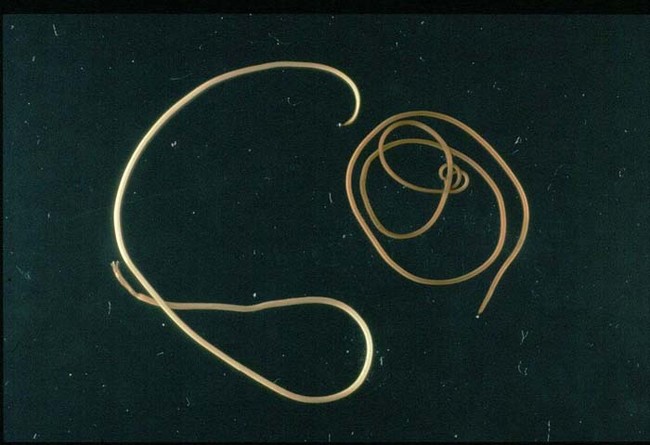 …Make that creature #4. Horsehair worms are horrifying parasites. Their eggs are laid in fresh water where they circulate looking for a host, usually an insect drinking water. Once they enter the host, they begin to mess with the brain. For several weeks, nothing out of the ordinary happens. Then, as the larva develop and are ready to hatch, they compel their host to put itself in danger out in the open. The goal is to have the host come across a body of water and drown. When the host is dead in the water, the mature worms emerge.Don’t worry, horsehair worms mainly infect insects…but there have been documented human infections, too. (Oops.) 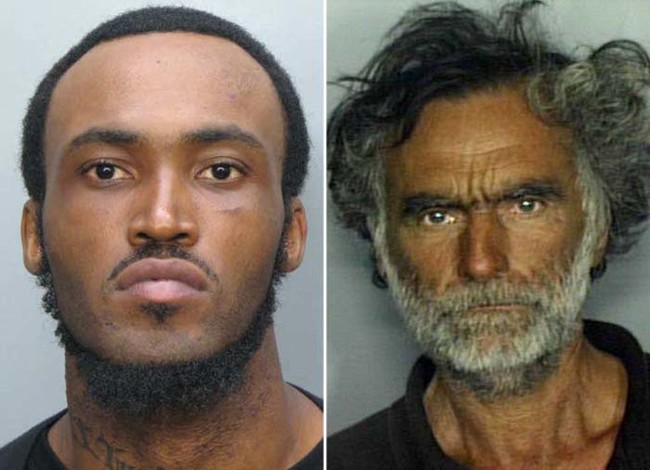 We all remember the infamous Miami cannibal attack that happened back in 2012. A naked Rudy Eugene (left) viciously attacked 66-year-old homeless man Ronald Poppo (right), and gnawed off his face in the process. It’s believed that Eugene was under the influence of bath salts at the time of the attack. Poppo barely survived the attack and is now completely blind. Sadly for us zombie apocalypse speculators, it’s hard to tell if the bath salts made Eugene want to eat human flesh or if he was already mentally unstable. In either case it’s probably a good idea to stay away from bath salts, and bath salt enthusiasts.

While it’s significantly more likely that the world will end in a mushroom cloud or a climate-change-induced environmental disaster, you should never rule out a zombie apocalypse. After all, there are quite a few members of the animal kingdom that abuse the ability to zombify other creatures.

Humans may be next.