“The sculptor is a Chinese woman, you dork ass losers.”

That, my friends, is the epic clap back delivered to a pompous self-proclaimed art critic that also happens to have restored my will to live. See, when it comes to popping off about things people know absolutely nothing about, art is often the topic of choice. Just ask this idiot, who saw a gorgeous sculpture and bloviated about it on Twitter. Here’s the distilled version:

Idiot: Greetings, gentle peasants. Look at this sculpture. It is so beautiful. I definitely was created by a Man of the West, and not some silly person with a vagina. That is because men have respect for the female form, and I say it with absolutely no sense of irony whatsoever!

Co-Idiot: Ah yes, my good lad! A Western penis-bearer most certainly made this piece!

There’s just one problem with this ingenious hot take: The piece of art in question was created by a Woman of the East, or as human beings would refer to her, a woman who happens to be from China. Check out the tweets below to watch the incredible display of humanity’s downfall.

There she is, the beauty in question. 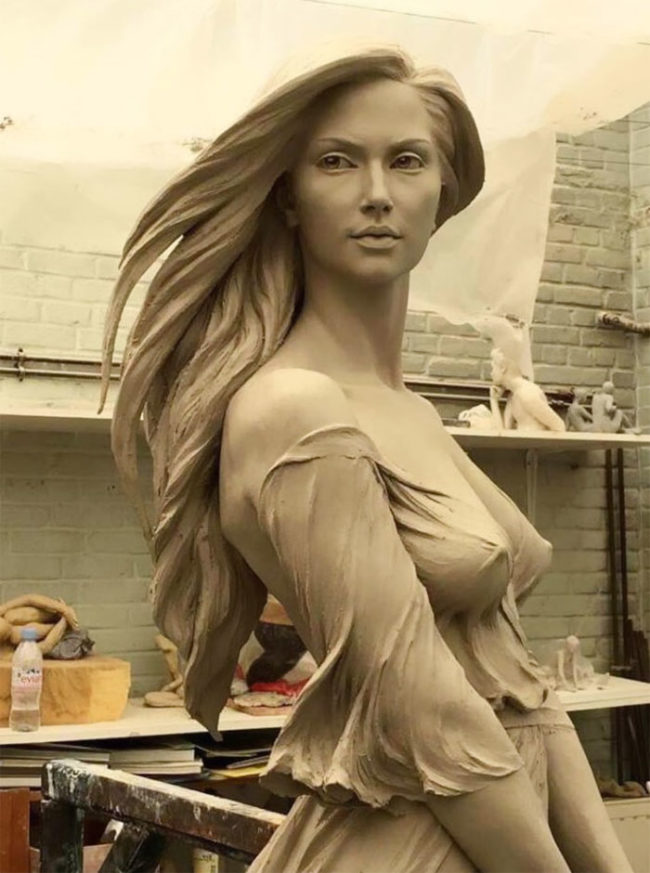 And there they are, the insufferable degenerate and his kin in question. 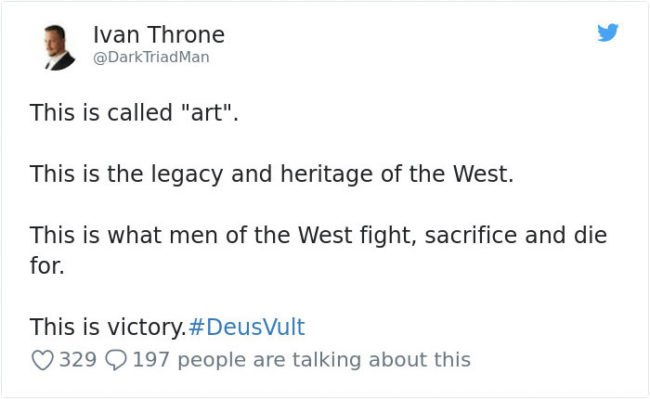 And finally, there is the clap back they earned.

Indeed, she is! And you should check out her work. Her name is Luo Li Rong and she is a genius. To cleanse yourself of the stupidity that just ensued, follow her on Instagram.

She studied at the Academy of Fine Arts in Beijing, which happens to not be in the “West,” IVAN.

I want to believe that this was her face when she saw the Twitterstorm roll in because wow are they stupid.

Anyway, here’s one more photo of her incredible work plus a reminder that Google exists and we should all use it.

Three cheers for not everyone being hopeless! Do the damn thing, Luo Li Rong.