Doctors See A Lot Of Weird Stuff, But Her Docs? They Couldn’t Have Anticipated This

On January 23, Ashley Glawe rushed to a hospital in Portland, Oregon, with one of the most bizarre emergencies we’ve ever seen. Her pet snake, Bart, had darted into her gauged earlobe and gotten stuck.

Emergency room doctors are prepared for just about anything, but I would have loved to see the look on their faces when Glawe strolled in with a snake dangling from her ear. She says it was one of her “craziest life moments,” and the doctors probably feel the exact same way. After all, it’s not every day that they extract a ball python from a gauged earlobe!

Glawe says she was hanging out with Bart when he noticed the hole in her ear and darted inside. She tried to stop him, but said, “It was too late because of how fast he darted through…if it was a slither OF COURSE I would have noticed.” 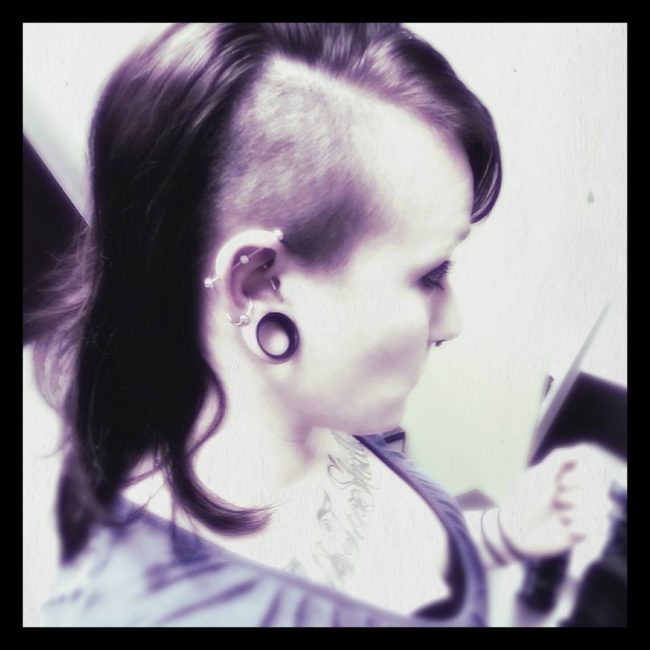 Unable to remove Bart herself, she rushed to the emergency room. While waiting for doctors, she snapped this picture, which was quickly seen by more than 23,000 people. Some accused her of putting Bart in her ear intentionally and abusing him, but the truth of the matter is that the incident was just a freak accident. 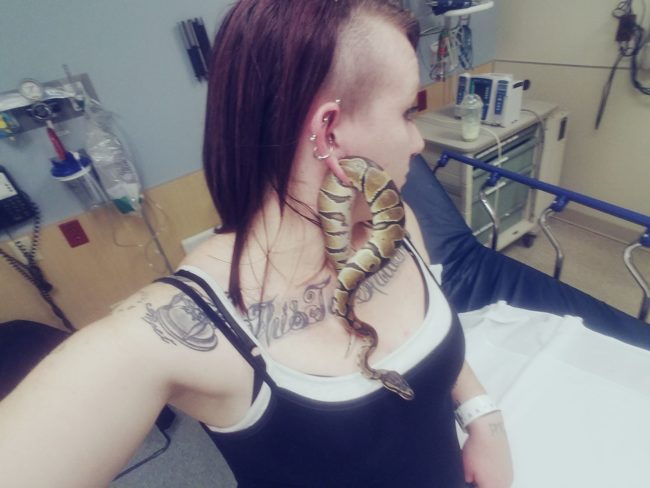 Luckily, doctors were able to remove Bart by making a small incision in Glawe’s ear and lubing him up with Vaseline. Her ear was a bit irritated, but by the end of the day, both were okay. 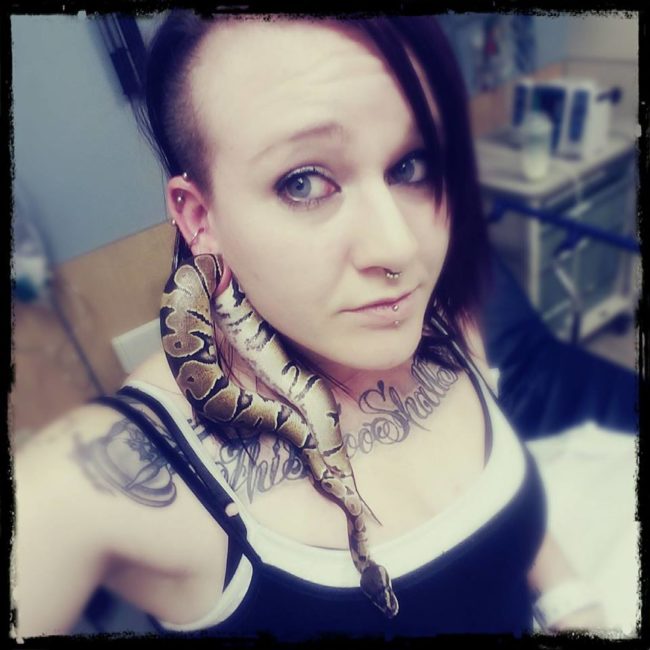 Read More: Guide Says That Gators Don’t Come After You Unless Provoked, Then One Runs At Them

I can’t imagine going to the ER with a snake in my ear! Be sure to SHARE this crazy story with your friends and family, especially if they have a pet snake of their own.