These Are The Terrifying Stories Behind 8 Haunting Images

We all document our lives to some degree with pictures, but most of us tend to only take snapshots of the happier moments.

Unfortunately, some people have had the worst moments of their lives captured on camera — even during events that led right to their deaths.

From people helplessly trapped atop burning structures to the last known photos of murder victims, here are eight disturbing images that tell horrifying and heartbreaking stories.

1. In October 2013, four engineers were performing maintenance at the top of a wind turbine in the Netherlands when it suddenly caught fire.Two of the people were able to get off safely, but the stairs leading down were engulfed in flames.With the only exit blocked, the remaining workers stood atop the gondola next to the turbine before one of them jumped to their death.The other engineer stayed and died in the fire. 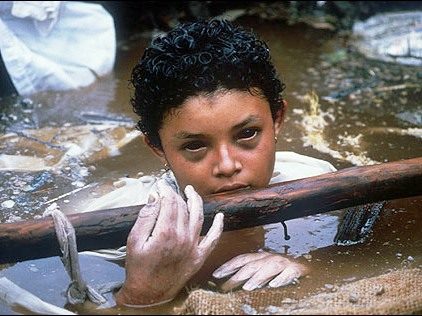 Read More: They Repeatedly Raped A Child, But What They Called To Their Defense? It’s Baffling

Her home was destroyed by a mud flow and she was pinned beneath the debris for three days in water.

It was impossible to free her without cutting off herlegs, so doctors agreed that letting her die was more humane becausethey didn’t have the necessary equipment to safely amputate.Her slow deathwas documented for 60 hours by journalists who did their best tocomfort her.

3. In 2013, a crane operator in Ontario, Canada, became trapped when a fire broke out at the partially constructed apartment complex just below him.He was forced to crawl to the end of the crane before a RoyalCanadian Air Force sergeant was lowered from a helicopter to rescue him.Fortunately, he survived.

4. This photo of 14-year-old Regina Kay Walters was taken in an abandoned Illinois barn by serial killer Robert Ben Rhoades — who converted the sleeping cab of his truck into a torture chamber for his victims just before he killed her.He had cut off her hair and made her wear the black dress and heels before capturing the photo.

A picture of 14-year-old Regina Kay Walters taken by serial killer Robert Ben Rhoades shortly before he murdered her pic.twitter.com/7Sbdp0GkK8

5. On July 16, 2011, 17-year-old Tyler Hadley (right) beat his parents to death with a hammer at their home in Port Saint Lucie, Florida.That night, he threw a party at the house while their bodies remained in their bedroom.He took this photo with his best friend, Michael Mandell, moments after telling him about the murder and showing him the bodies.

The picture Tyler Hadley had his best friend take right after tellin him that he killed his parents to have a party pic.twitter.com/K4t8BTMTPX

6. This CCTV footage captured the last documented moments of two-year-old James Bulger‘s life.The little boy was led away from the New Strand Shopping Centre in England by 10-year-olds Robert Thompson and Jon Venables before they tortured and murdered him in 1993. Bulger’s mother had left him alone for a few minutes. 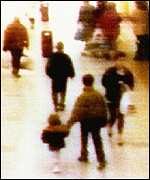 7. In June 1989, this Polaroid photo was found in the parking lot of a convenience store in Port St. Joe, Florida.The identities of the bound and gagged individuals have never been confirmed, but the young woman is believed to be 19-year-old Tara Calico, who disappeared in 1988.According to Calico’s mother, the book in the picture was one of her favorites. 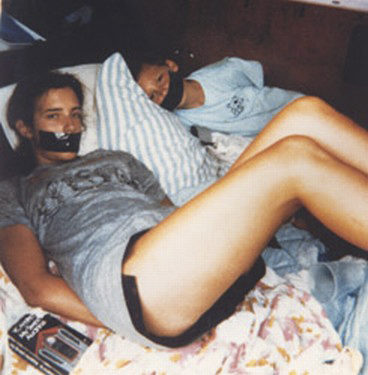 Read More: The CIA Just Released Thousands Of Documents…And You’re Gonna Want To Look At Them

8. Filipino politician Reynaldo Dagsa was taking a photo of his family on New Year’s Day in 2011 just before he was assassinated.He inadvertentlycaptured his murderer and the man’s accomplice seconds before getting shot in the head.

A picture Reynaldo Dagsa took moments before he was assassinated. Assassin pictured pic.twitter.com/KDB9cwtX2r

I’m not sure I’ll ever think about photography the same way again.Be sure to SHARE this story with others if it left you feeling deeply disturbed, too.