What Medieval Doctors Used To Do With Urine Was Once Disgusting, Cutting Edge Medicine

From the perspective of 2015, it’s hard to imagine just how crude and insane the practice of medicine used to actually be. At one point, doctors used to be obsessed with “bleeding out diseases.” They used blood letting and leeches to accomplish this goal.

One area of old school, medieval medicine that doesn’t get much attention is the so-called urine wheel.

Before the days of blood tests, and X-rays, doctors relied upon pots of urine in order to diagnose sick people. Their diagnosis was made after observing the color, smell, and taste of the patient’s urine. 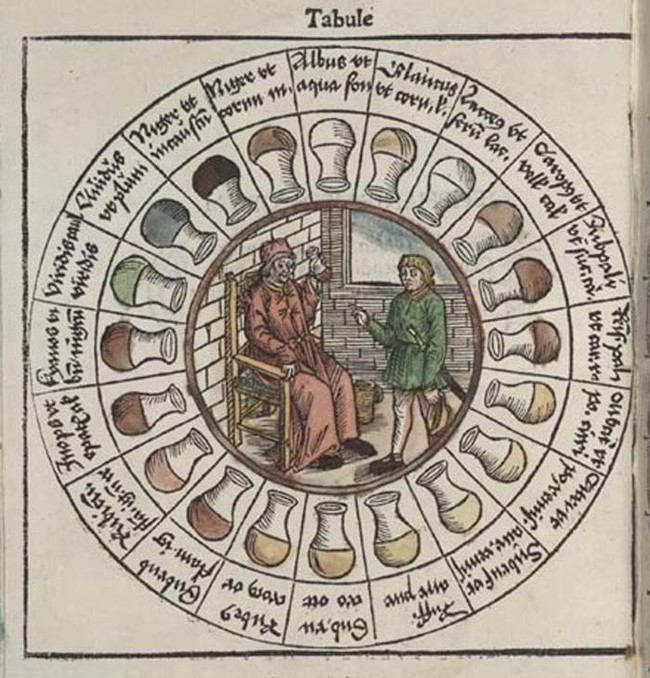 Medieval doctors even had a handy chart, the urine wheel (pictured above), to help them. This chart contained 20 possible colors of urine ranging from “white as wellwater,” to “rudy as pure intense gold,” and “black as very dark horn.” It was said that King George III of England had purple urine.

In order to better observe their patients’ urine, doctors invented round-bottomed glass flasks. The image of a doctor holding up a urine flask came to epitomize medicine at the time. 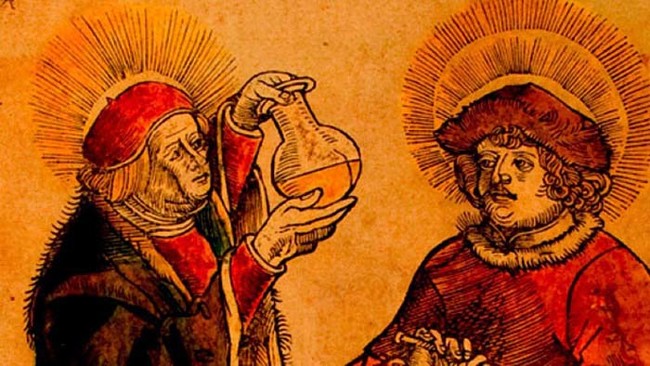 When doctors were diagnosing with the urine wheel, taste and smell were just as important as color. For example, according to one English physician, the urine of a diabetic tastes “‘wonderfully sweet as if it were imbued with honey or sugar.” 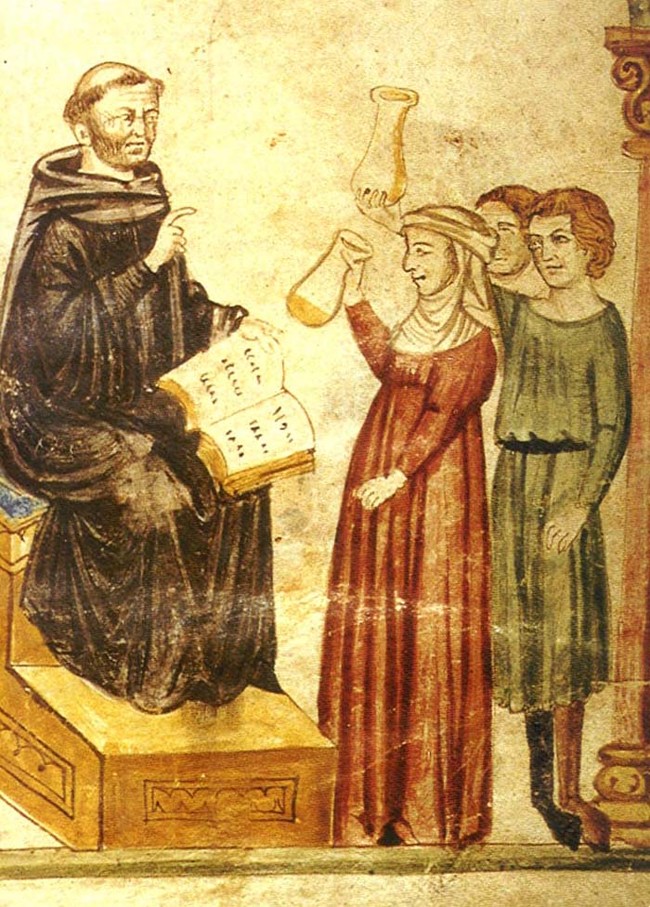 Another version of the urine wheel. 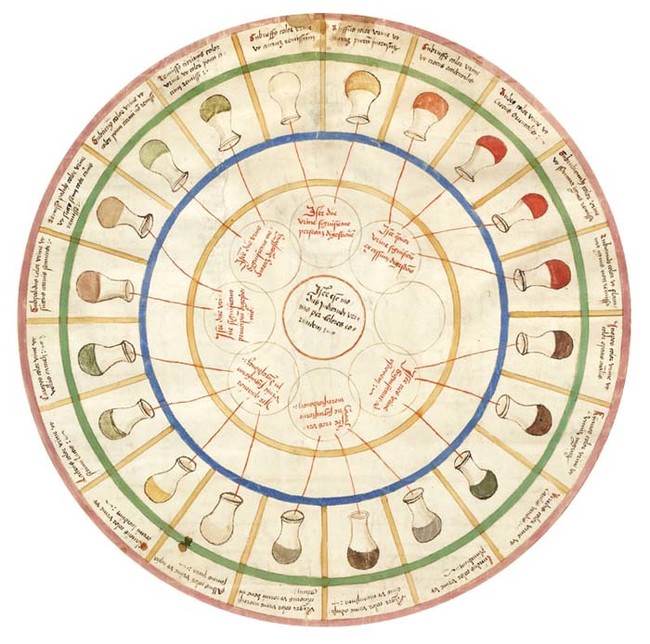 The idea that diseases could be diagnosed using urine goes back to the writings of Galen, a Greco-Roman doctor. Galen’s ideas greatly influenced medieval doctors during this time. 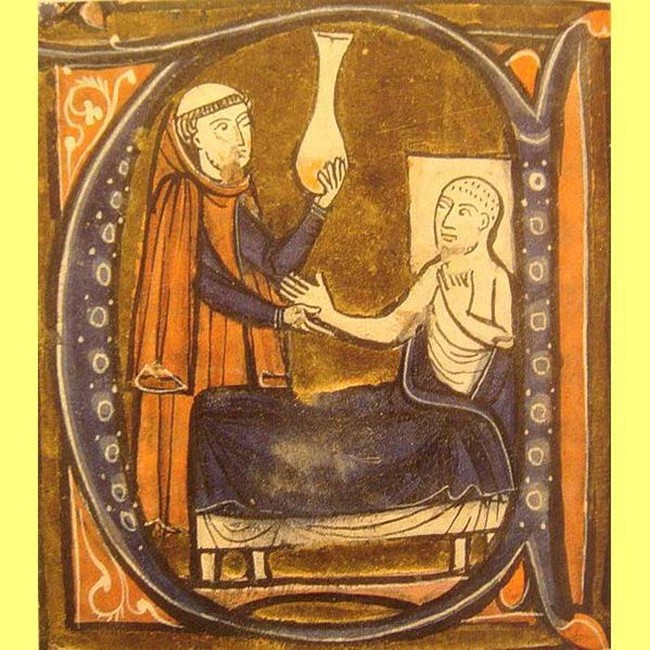 Luckily for us, doctors no longer make their diagnosis based on the color, taste, and smell of your urine. But they still make you pee in that tiny cup. So I guess we’ve come a long way, but not quite far enough.