Sure, there are K-9 units in both police stations and war zones, but those dogs with important jobs aren’t the most common canines in our society. That’s not always how it was, however. Pups have always served as companions since they’ve been domesticated, but certain breeds and types of dogs were specifically used for war.

While it can seem insane to think about dogs as weapons, they were actually pretty good at it. Large breeds with massive jaws were good at ripping through leather, flesh, and bone. Here are five real-life examples from history of dogs who were also soldiers in war.

1. Spanish soldiers used mastiffs that weighed up to 250 pounds to conquer the Moors in Grenada. They were great at ripping through leather and then flesh and bone with their huge jowls. 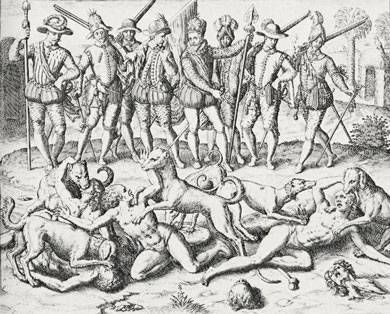 2. Conquerors like Christopher Columbus saw the success of using dogs in battle and also used mastiffs like the one pictured here when coming to the New World. They were classified as weapons in ship logs and used against indigenous peoples. 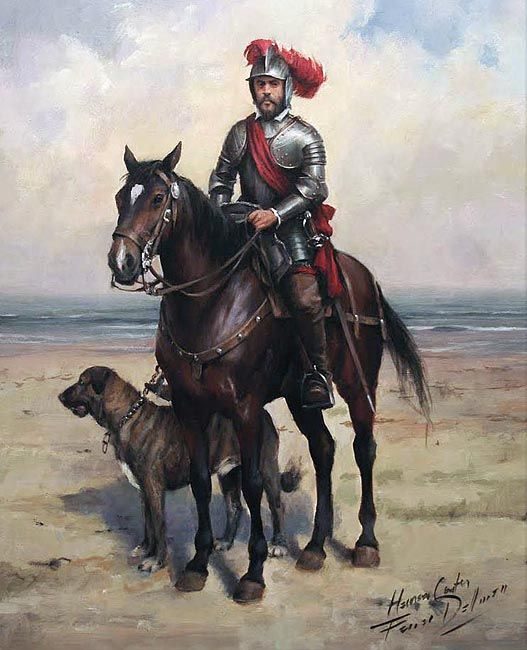 3. Conquistadors specifically used Irish greyhounds to maintain their territory, but sometimes they would just set their dogs loose on indigenous people “for sport.” 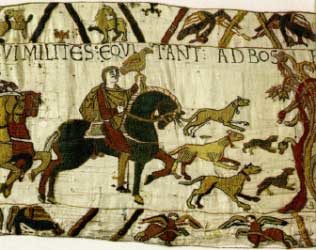 4. Juan Ponce de León had a dog named Becerrillo who was famous for his brutality. In a night raid, he once killed 33 people in one hour, and he was seen “with his mouth dripping from the blood of his victims.” 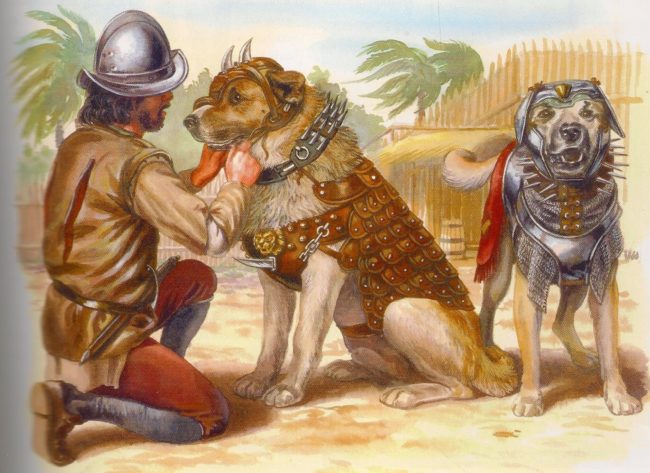 5. Leoncico, one of Becerrillo’s offspring, belonged to a conquistador named Balboa, who also used his dog to brutalize. Leoncico was so effective he was essentially awarded human status, and he was paid as much as a crossbowman. 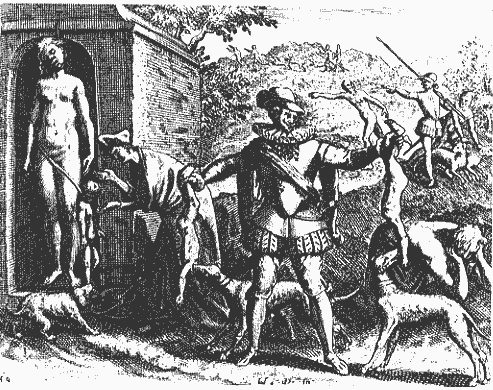 I didn’t know about the way dogs were involved in this brutal part of history. It just goes to show that bad people will use all the tools at their disposal, even pups we’d love to cuddle in modern times.