In the late 1960s and early 1970s, residents of Northern California were terrorized by the infamous serial killer only known as the Zodiac Killer.

During the Zodiac’s reign of terror, in which he murdered at least five people and claimed to have killed 37, he sent a series of letters to the local Bay Area press, taunting police with four ciphers he said contained his identity. Only one has been solved. Since 1969, the California Department of Justice has maintained an open case file on the Zodiac murders. Though suspects have been named in the case, the Zodiac’s identity still remains a mystery due to lack of evidence.

Now, decades later, technology may be the key to identifying the Zodiac. Keven Knight, an expert in artificial intelligence, cryptography, and code breaking from the University of California’s Information Science Institute has programmed a supercomputer named CARMEL to think like the cryptic serial killer. 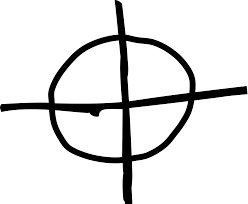 The artificial-intelligence software has already decoded the Copiale Cipher, a handwritten manuscript from the late 18th century, so Knight and a team of code-breaking researchers are hoping it will help them solve the Zodiac’s most impenetrable cipher, the Z340. But wait, there’s more.

All of the Zodiac’s known writings are programmed into CARMEL, which not only allows it to think like the killer, but to write like him too. Through this online tool, CARMEL generates poetry based on whatever words and topics you choose, and the results are as freaky and weird as you might expect. 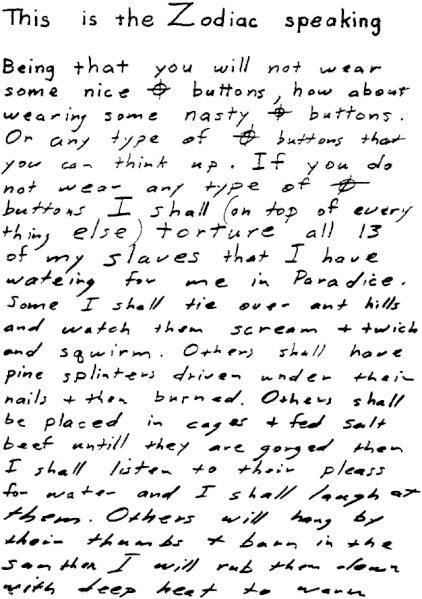 You can change the poem’s structure by adjusting the number of lines, word length, alliteration patterns and even the number of curse words, though we’ll warn you the last can make the verses pretty graphic. Here’s one poem we generated with the word “taken”:

Another sudden mother nature went, With words which spat upon his severed head. Too soon her face would suffer from prevent! And barely heard a single word she said. But then he gave them such an awful favour, As though their eyes were never quite aware! They saw us looking at each other later, Some place for those who know exactly where. No one has ever felt so wrong or seeing! What happened when this world was crucified, We could not see how many things are fleeing! It only seems to me that you have tried. My heart is blinded by a pain restrained, I feel the fear of being bruised and chained.

Here’s another poem we generated with the word “target”:

Another little sucker started flipping. Pulled by the trigger finger kept attacking, Some knew how far too many heads were hitting! She smiled as though his face was never glancing. He may have seen it better activate, Than looking at what others might detect! Why do they know their life shall generate, Not when we gonna make this world direct. That hell no other people could destroy! But there are those who wanna play with choosing, Sit around and wait for ya decoy! Whats on my mind is like an art of using. I hate to see a new convenient way, So you can feel the pain without delay.

(via History and IFL Science)

Yikes. Well, here’s hoping CARMEL can crack the Zodiac’s identity once and for all. You can play around with the poetry generator here.