Lots of people receive phone calls or texts from strangers who mistakenly punched in the wrong number.

Most usually brush it off and forget it ever happened, but for this teen, it sparked an accidental tradition. In November 2016, Jamal Hinton got a text from a random phone number, letting him know he was invited to Thanksgiving dinner. Confused, he asked who was messaging him. The response? “Your grandma.”

Doubting the woman’s claim, the then high school senior asked her to send a photo of herself. (She has since changed her phone number). 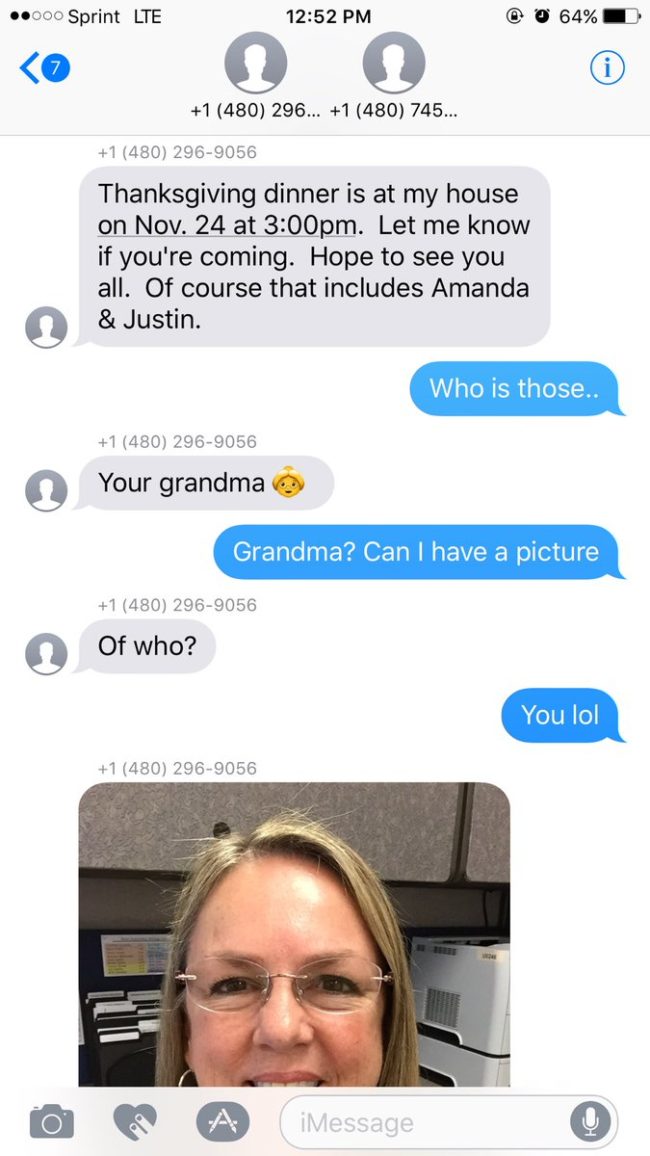 The woman pictured was Wanda Dench, who was certainly someone’s grandma…just not Hinton’s. 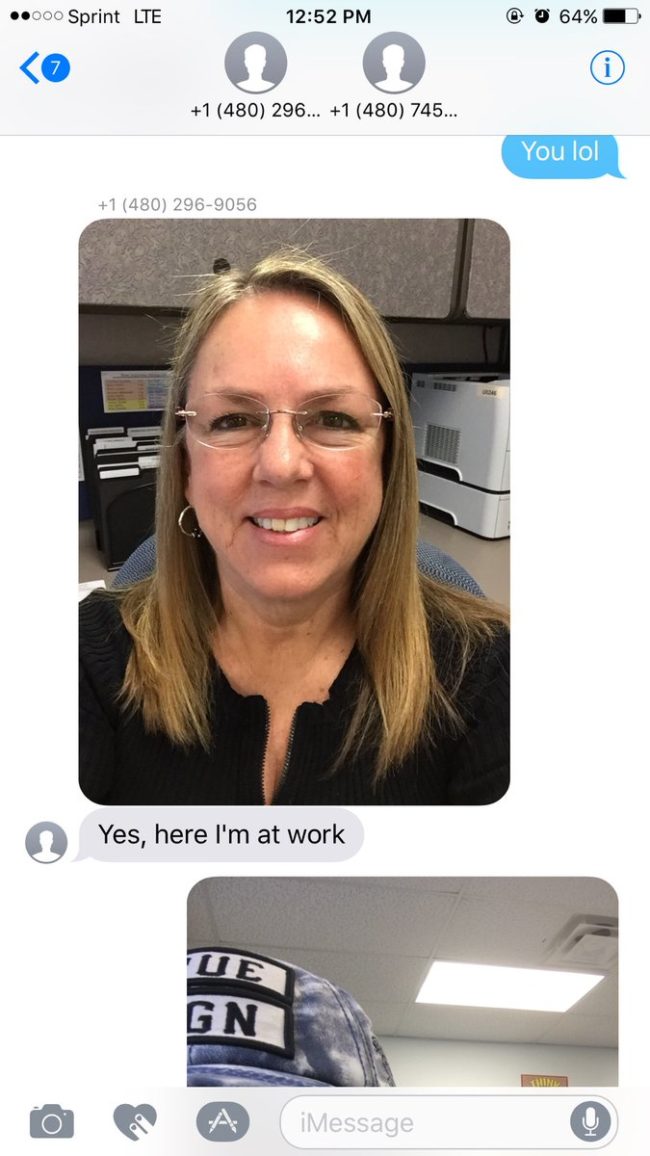 Hinton got a good laugh out of the whole thing when he sent a photo back, even jokingly asking if Dench would still save a plate for him. To his surprise, she said she would — and she was serious about it. 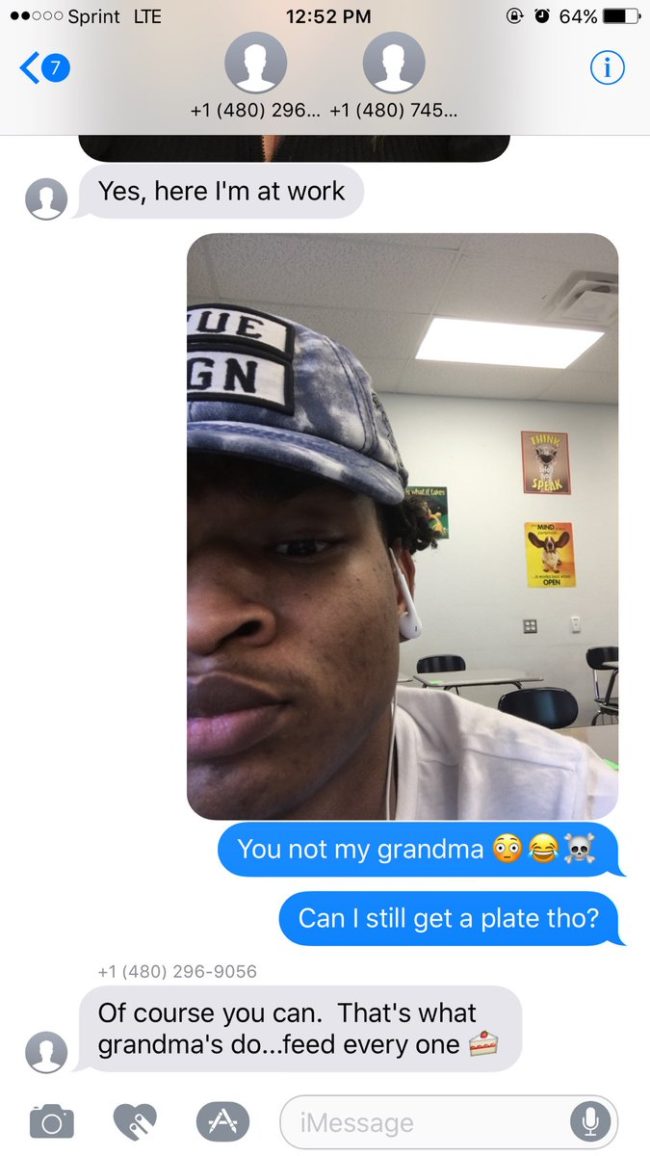 After a little of back and forth conversation between the two, Hinton decided to make the 25-minute drive from his home in Phoenix, Arizona, to Dench’s in Mesa, where he met her family, including her actual grandson. 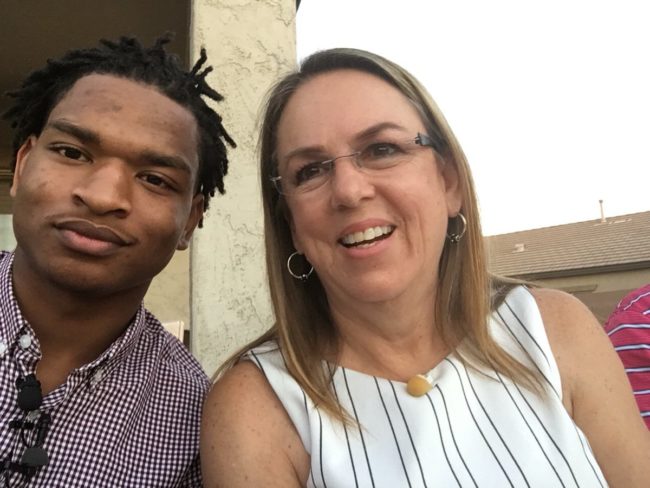 They both had such a great time that they decided to continue the tradition this year. This time, Hinton even brought his girlfriend. Now he and Dench share a very special bond that stemmed from a seemingly inconsequential text. “She’s like a grandma to me; she gives me advice on keeping my head up in school,” Hinton said. “She asks me about my dreams and stuff, what I want to get done in life.” 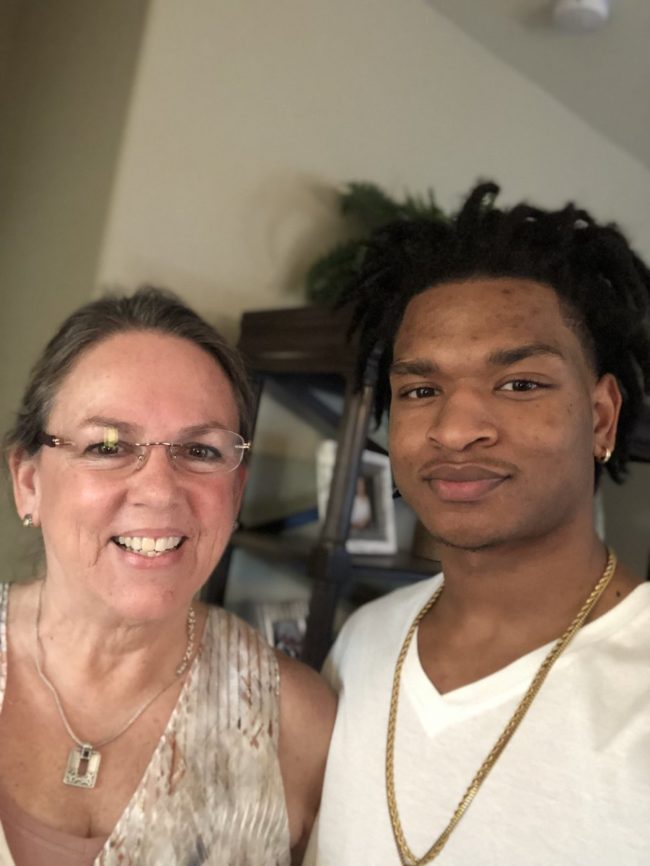 Here’s to many more Thanksgivings shared between Hinton and his sweet new friend. Hinton says he may even bring his own mom and grandma next year.