If you’re a huge fan of “Beauty and the Beast,” you’re probably dying to see the live-action remake that’s coming out in theaters next week.

Like many other people, I absolutely loved the 1991 animated film when I was a little girl — in fact, it’s my favorite Disney movie of all time.There are many parts that make the movie so special, but what really stuck out for me was the music and the portrayal of an outcast who became worthy of love.What you may not know is that these aspects may not have been included if not for the original movie’s lyricist, Howard Ashman.

The film was originally conceived as a non-musical and only focused on Belle, but following the success of “The Little Mermaid,” Disney brought on composer Alan Menken and lyricist Howard Ashman to write the songs.Ashman had just found out he had AIDS but kept working while dealing with the disease.That’s when he came up with the idea to change it into a musical that centered on Belle and the Beast. 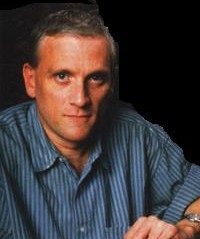 Read More: We Bet You Don’t Know What Went Into The Making Of This Disney Classic

“And specifically for him it was a metaphor for AIDS,” said Bill Condon, director of the live-action film. “He was cursed and this curse had brought sorrow on all those people who loved him and maybe there was a chance for a miracle and a way for the curse to be lifted. It was a very concrete thing that [Ashman] was doing.”

Unfortunately, Ashman died only four days before the first screening of the movie — but the new live-action film will honor his memory by including Disney’s first gay character.

Gaston’s sidekick, LeFou, will be outwardly gay and in love with Gaston.Condon has even hinted that the two characters will have a moment that defines their relationship, but the details aren’t clear yet.

Read More: The Casts Of Two Broadway Musicals Were Stuck At An Airport…So They Did This

What an amazing way to honor the man who helped create this beloved movie.Share if you think this added diversity will make the new film even better!