The 7 Most Brutal Warriors Of The Viking Age

Fun fact: most of what we know about Vikings comes from what was written by their enemies.

This kind of makes sense when you read about the brutality of individual Viking leaders. Maybe the reason why they never recorded anything was because they were too busy spreading their badassery all over Northern Europe, the Mediterranean, North Africa, the Middle East, Central Asia, and even the New World.

Here are some of the most ruthless Vikings of all time. 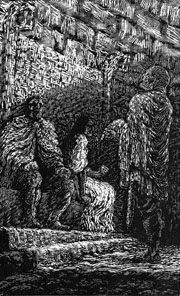 The favored son of Harald Fairhair, the first King of Norway, Eric got his cheerful nickname by attempting to stop his father’s bloodline at himself by murdering two of his own brothers. The one brother that remained, Hakon, drove Eric out of Norway, but Eric soon found a new land to rule as the King of Northumbria in what is now northern England and eastern Scotland. 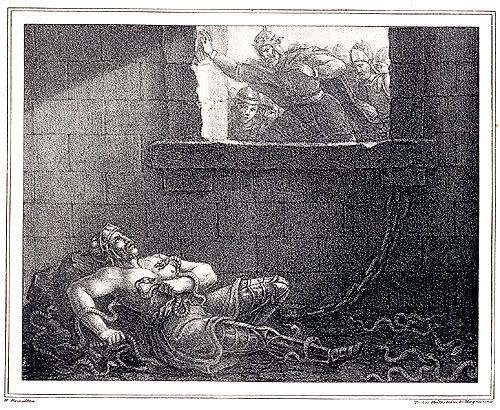 This warrior made a name for himself by conquering villages all over England and France. One French king even paid Ragnar to not raid his land. He is also known for fathering many sons with hilarious names, like Ivar the Boneless, Björn Ironside, and Sigurd Snake-in-the-Eye. Unfortunately, he is probably mostly known for his last moment on Earth, during which King Ælla of Northumbria threw himinto a pit of snakes. 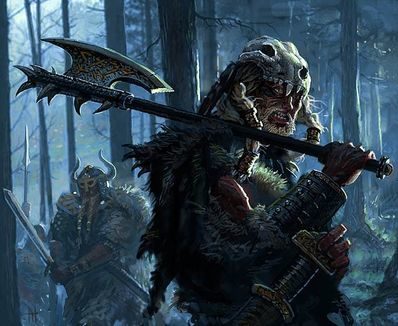 It’s said that there existed a Viking fighting style called “berserker,” which required warriors to use spiritual magic and work themselves into trancelike frenzies, making them impervious to injury. The Bersekers, as they’re now known, also ignored all common battlefield tactics of the day, choosing instead to base their strategy on brute strength, which usually ended favorably for them. Christians greatly feared the Berserkers, and they even characterized them as being Satanic. 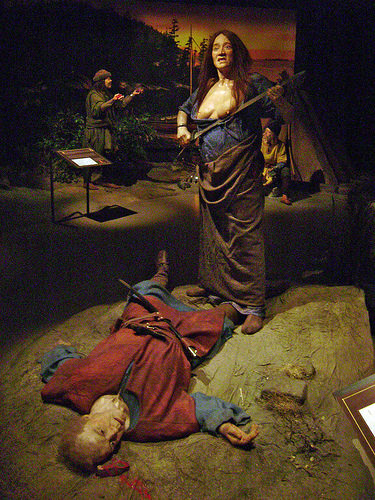 Blogspot / Grendel I am your mother

When Erik the Red is your father and Leif Eriksson is your half brother, there’s a lot of pressure to make a name for yourself. That being said, it’s hard to forget the name Freydís Eiríksdóttir. While traveling to Vinland, she was caught up in a battle between her friends and the locals. While the locals chased her band away, the then-pregnant Freydís grabbed one of her fallen comrades’ swords, exposed her breast, beat her chest, and gave out a battle cry that sent the Vinlanders running. In the end, the Vikings took command of the village and Freydís killed all of the local children. 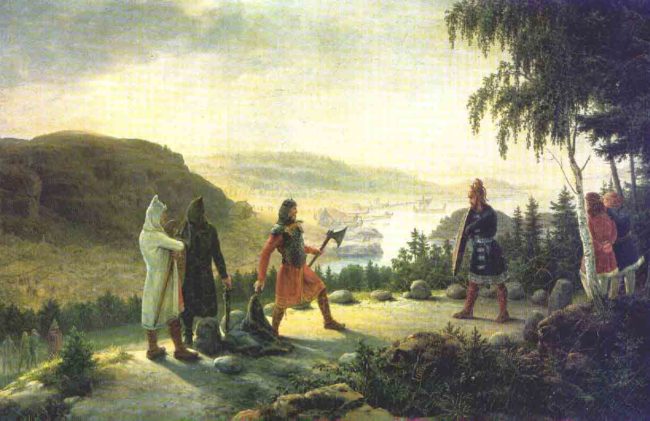 There aren’t many people who can claim to be both a Viking warrior and a poet, but Egill Skallagrímsson was both. He wrote his first poem when he was three and made his first kill when he was seven. He killed many more people before finally being exiled from Norway to Northumbria, where Eric Bloodaxe ruled. Bloodaxe understandably wanted Egill dead, because Egill had killed his son, but when Egill read him one of his poems, Bloodaxe was so moved that he spared the poet’s life. 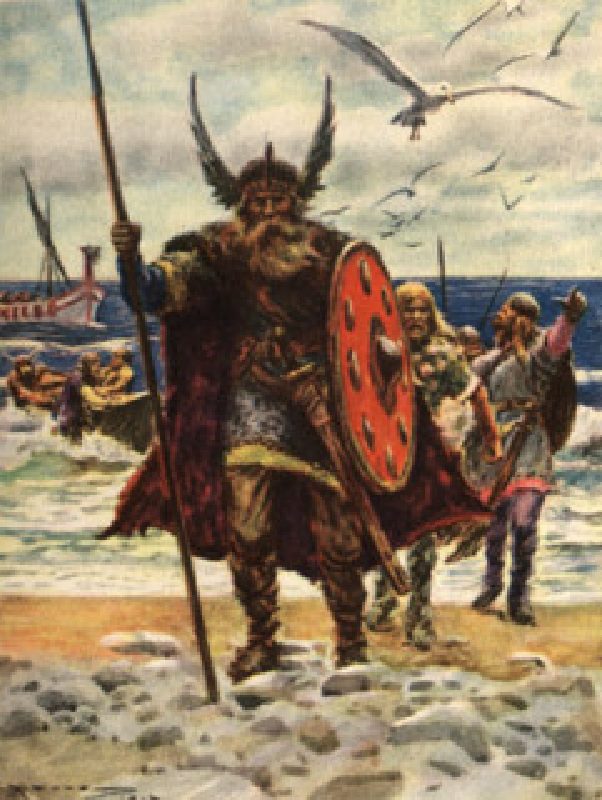 Ivar’s creation of the nickname “Boneless” was his way of making osteogenesis seem pretty badass. Despite having the bones of an 80-year-old woman, Ivar conquered huge areas of England and Ireland, and he did so with fierce brutality. He famously took revenge on his father’s killer, Ælla of Northumbria, by performing a “blood eagle” on him. He did this by cutting his back open, pulling his ribs away from his spine, and forming “wings” with his lungs. 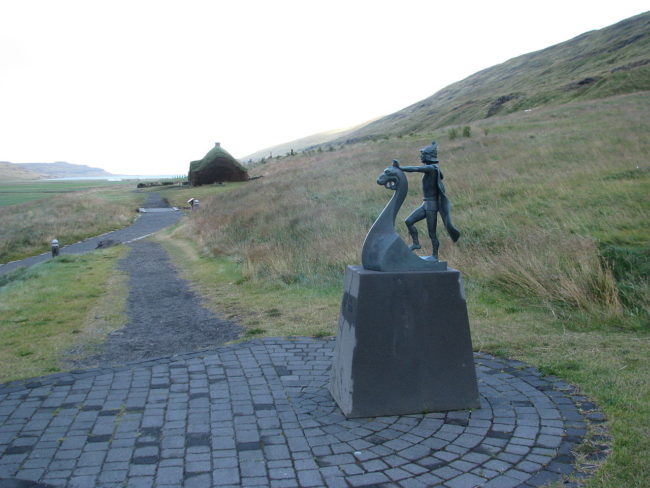 Perhaps the most famous Viking of all time, Erik the Red discovered Greenland basically because he had a murder problem. The dude loved to murder people. After his father was exiled from Norway for committing manslaughter, Erik took up the family mantle in Iceland and killed two men who had killed his slaves. He was henceforth banished from Iceland, which then inspired him to found Greenland.

But these are just the warriors of the Viking people. Researchers say that the average people in Nordic lands at that point were peaceful farmers and tradesmen. Unfortunately, the bad apples of the Vikings were excessively bad.