Remember those fun coloring books you had as a kid?

So many people still love them even after growing up that there are tons made specifically for adults. However, some have no problem drawing in the ones created for children. They just add their own sick and twisted personal touch. Whether they’re depicting adult content, gruesome murders, or other disturbing scenes, one thing’s for sure — most of these 20 corrupted coloring book pages are probably best kept away from little kids.

1. Some Disney characters just want to watch the world burn. 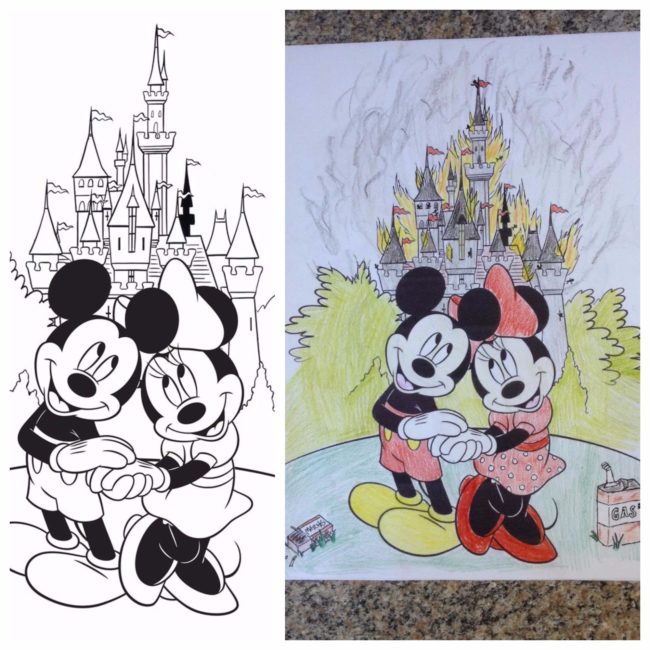 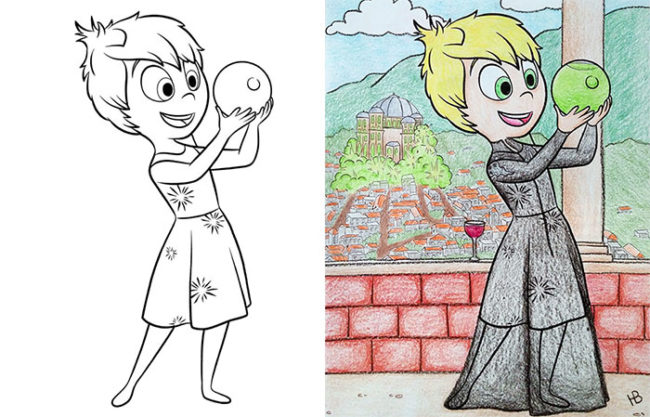 3. Puppy’s not feeling so cuddly. 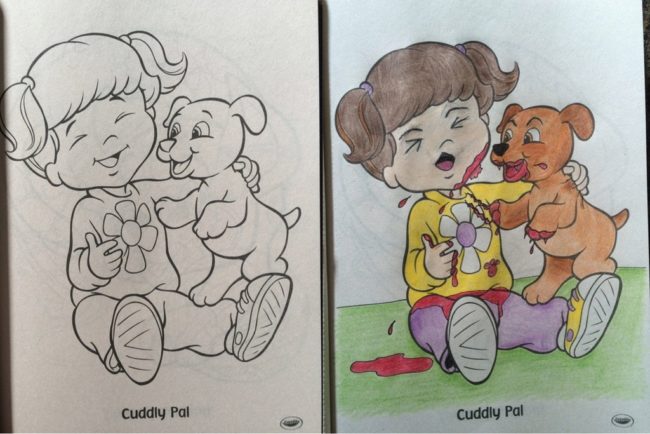 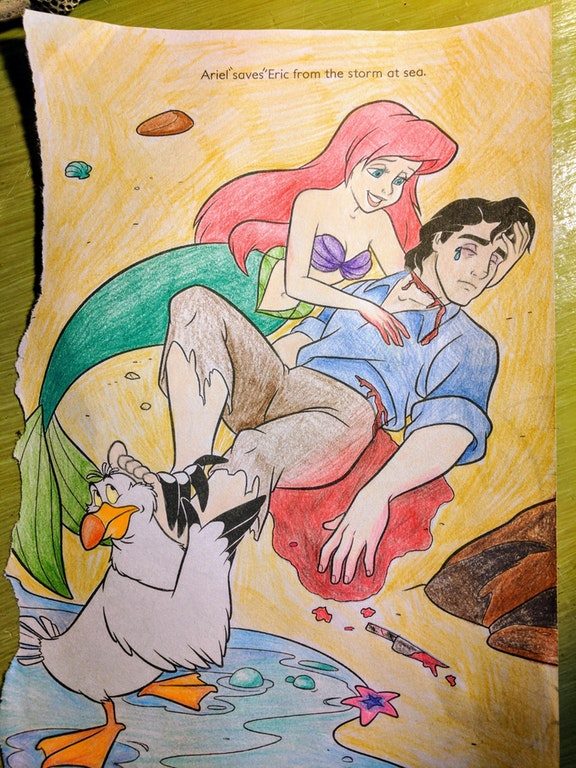 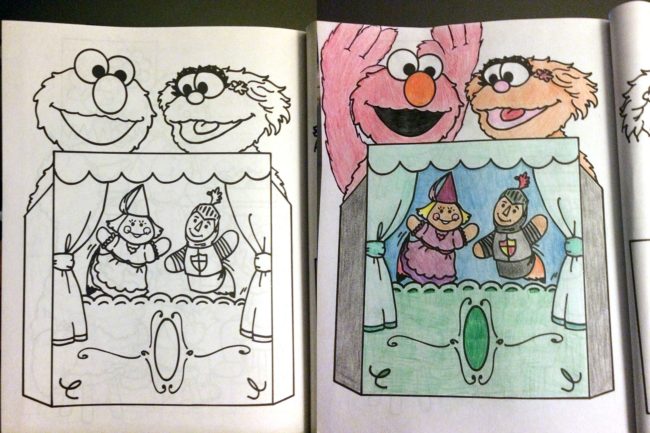 6. “Only during the weekends does Joe feel like his true self.” 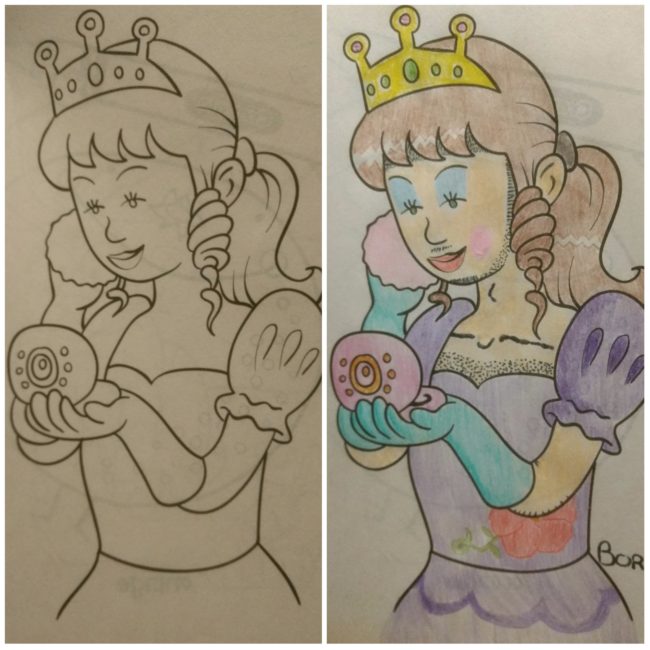 7. “How The Grinch Stole Attention at Christmas.” 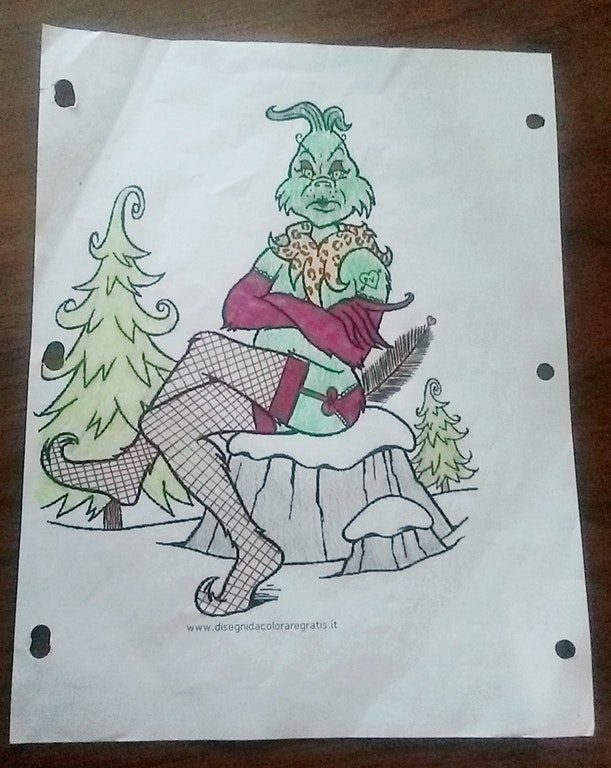 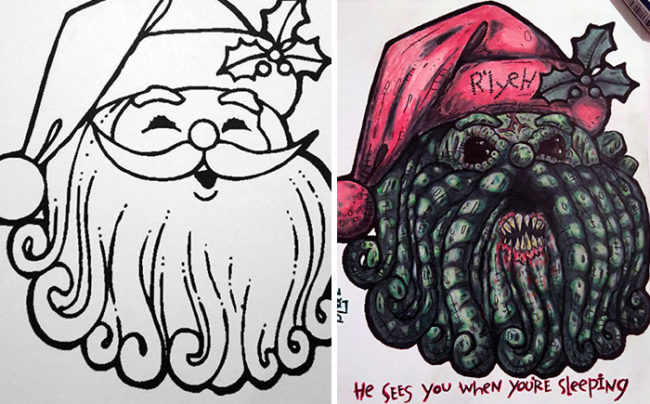 9. Superman is too fabulous for all of us. 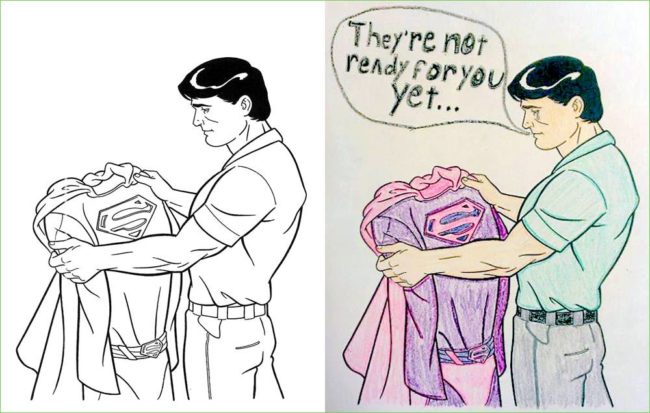 10. You didn’t really think she was that innocent, did you? 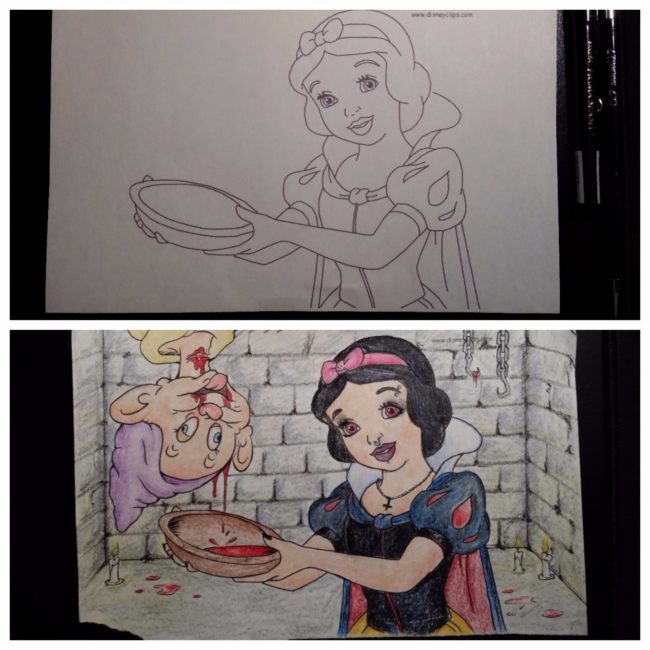 11. When you take glamour shots on the toilet. 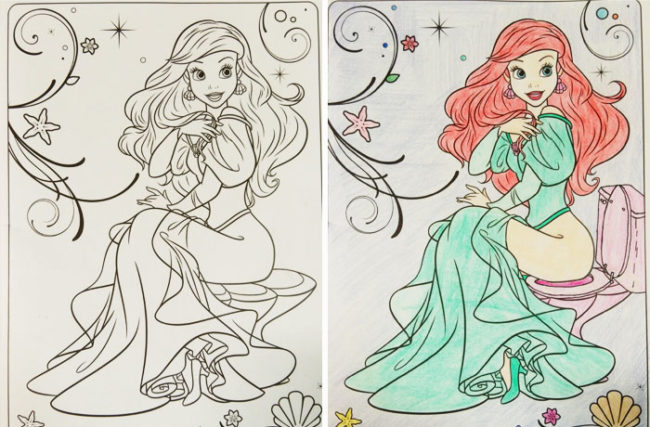 12. Tickle Me Elmo? More like Trip Me Out Elmo. 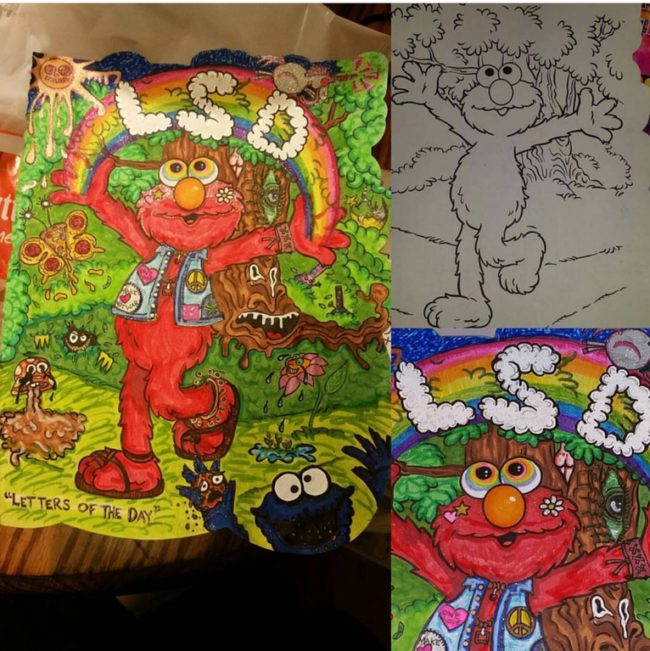 13. I gotta say, the second version looks so much cooler than the original. 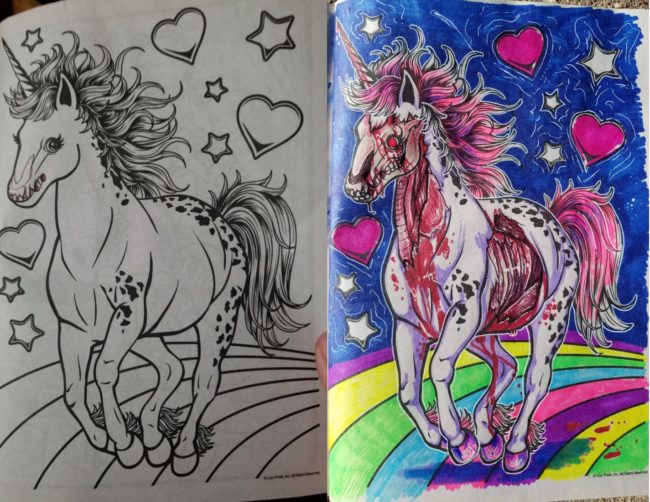 14. You know you were wondering… 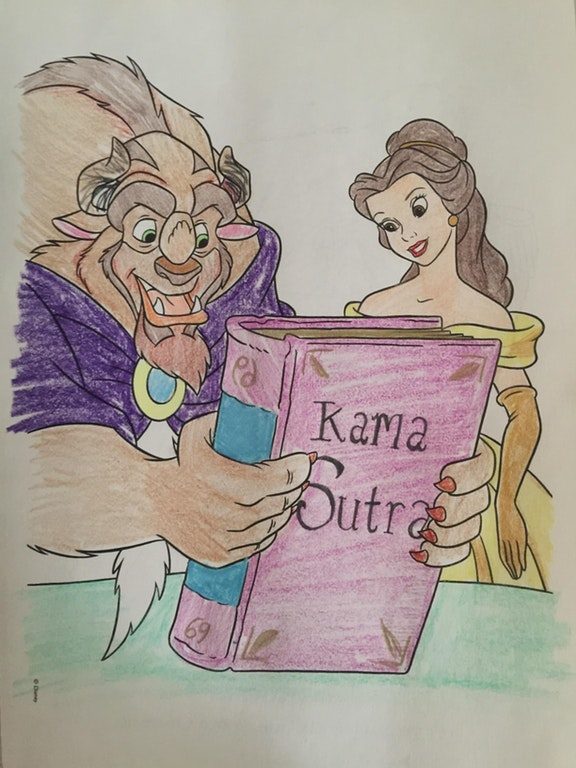 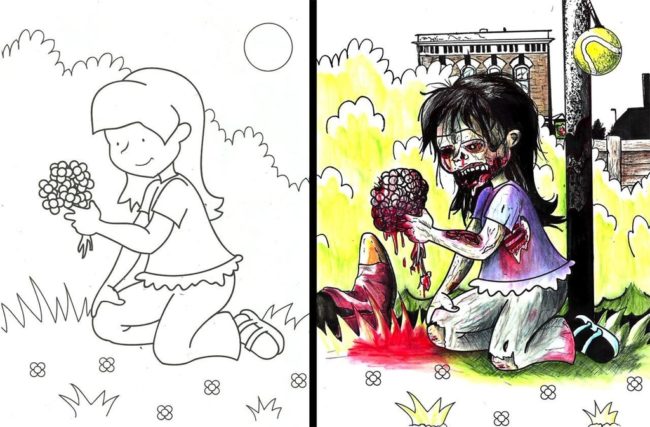 16. This is what happens when Pooh doesn’t get his honey. 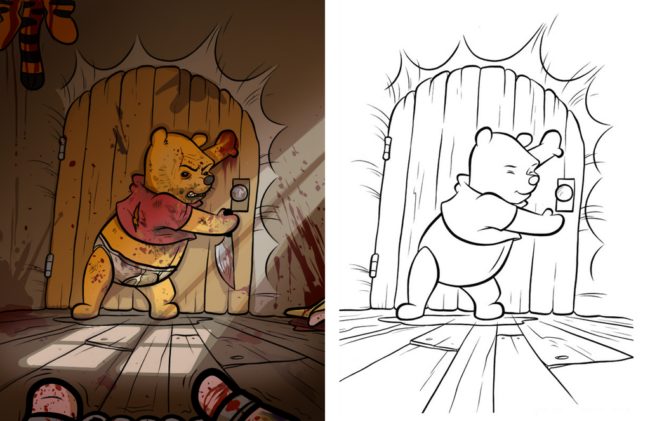 17. “Tommy knew as long as he outran his friend, he would live.” 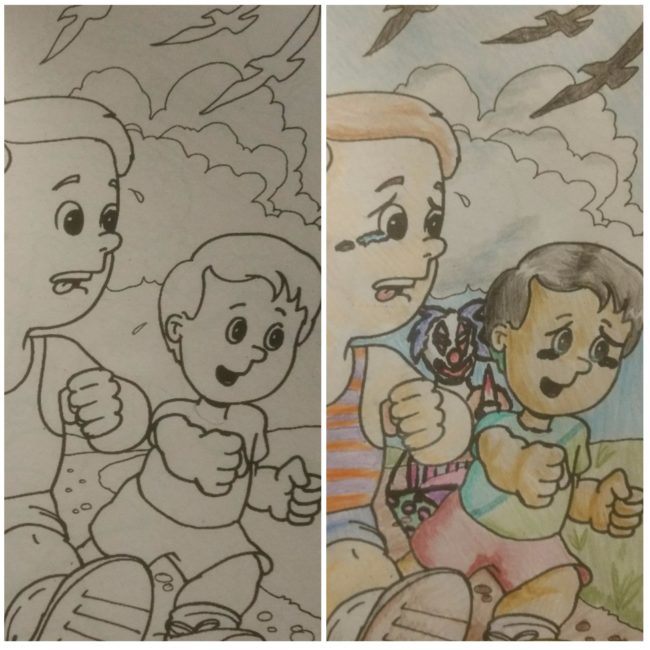 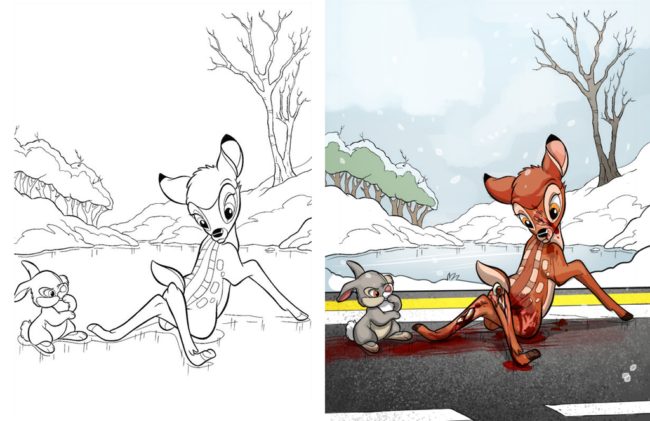 19. Maybe you should just give her shoes back, buddy. 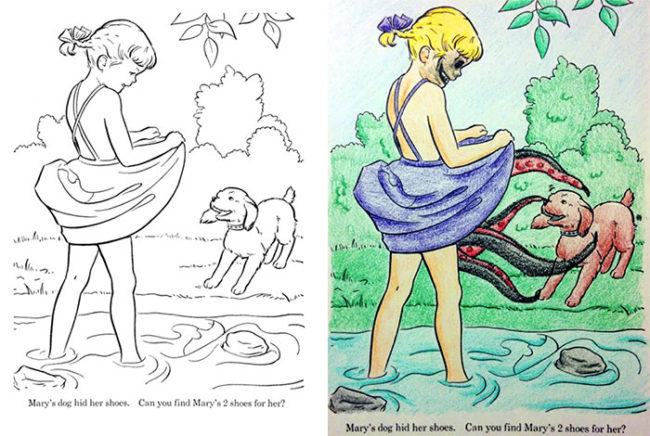 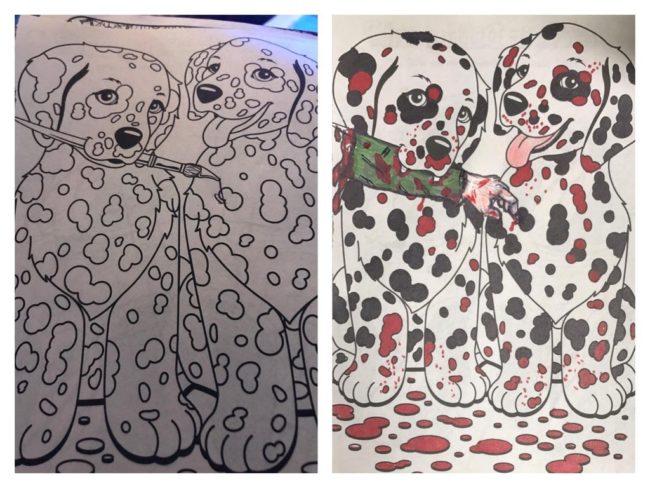 To be honest, I’d probably be coloring all the time if more books had pages like these. Which of these freaky creations was your favorite?