As the Earth’s climate continues to change, it impacts our oceans. However, the jellyfish in the water continue to thrive. According to the National Science Foundation, there are at least 400 vast oceanic “dead zones” where the water is too polluted for any marine life to survive–except for jellyfish.

With a jellyfish takeover of the planet seemingly inevitable, it might be a good idea to take a look at the different types of deadly jellyfish roaming Earth’s oceans (and they most certainly are deadly). Jellyfish are responsible for 20 to 40 human deaths every year in the Philippines alone. 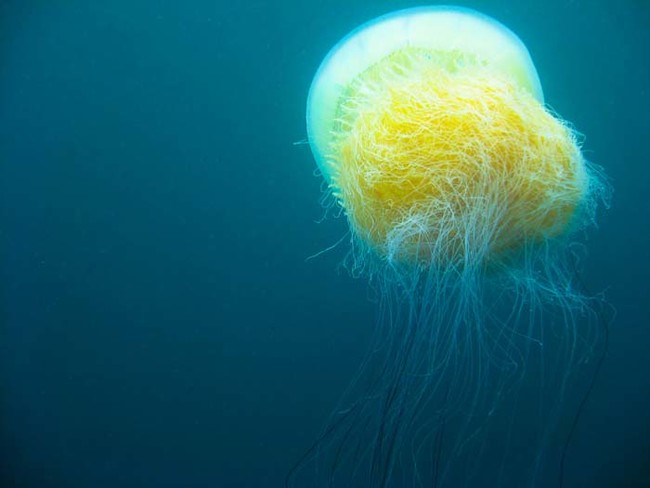 This particular species of jellyfish might win some awards for most beautiful, but not most friendly. It’s one of the biggest jellyfish in the world. The lion’s mane’s tentacles can be up to 100 feet in length, and their stingers hurt like hell. Luckily, it’ll take quite a few stings to kill you, so you have time to escape. 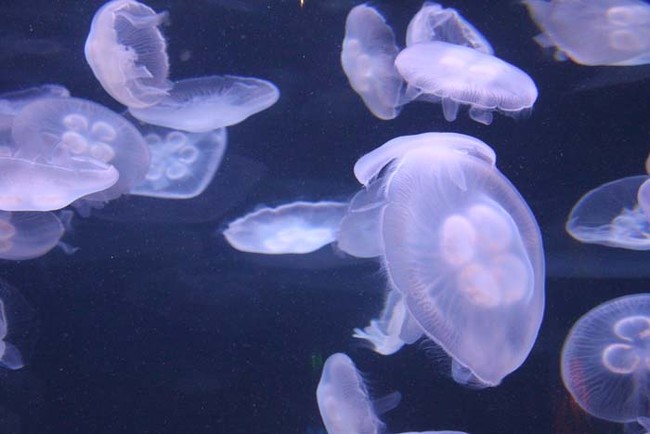 Moon jellyfish are hardly deadly. In fact, scientists have rated their sting as “very mild.” The issue with moon jellyfish is that they are everywhere. They’re one of the most abundant species of jellyfish in Earth’s oceans. Swimmers beware! 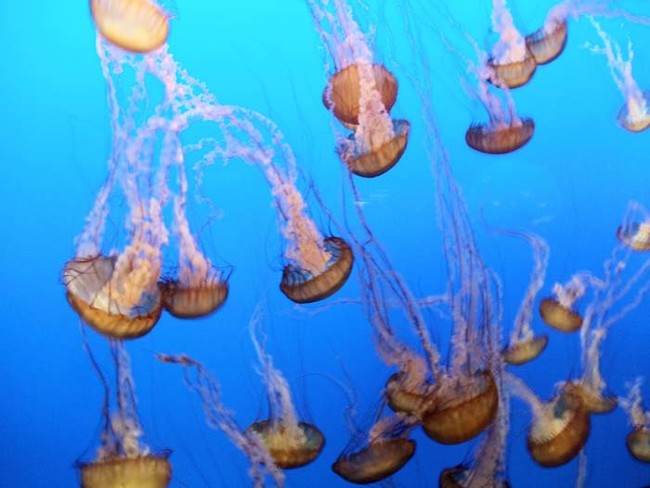 These pesky critters like to hang out in the waters off the east coast of the United States, especially around the Chesapeake Bay area. They are plentiful during the summer months, and their stings are extremely painful. Each sea nettle has approximately 24 tentacles that can each grow up to six feet long. This jellyfish is a nightmare machine. 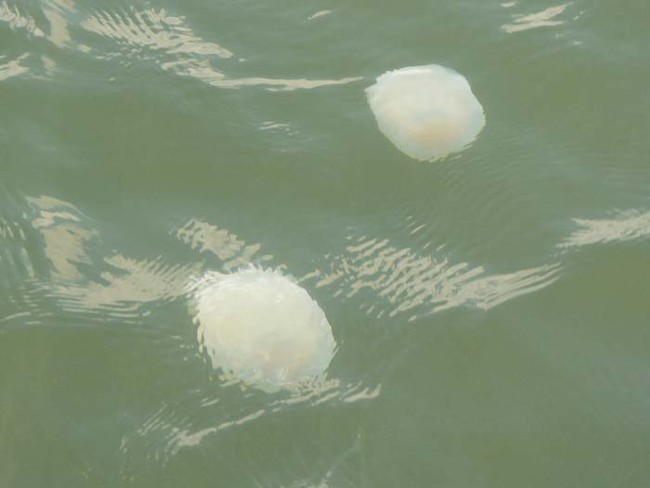 These little guys are pretty common as far as jellyfish are concerned. They’re also incredibly difficult to agitate into stinging you. Swimmers encounter them quite a bit in the oceans. Their stings hurt, but are nowhere near life threatening. 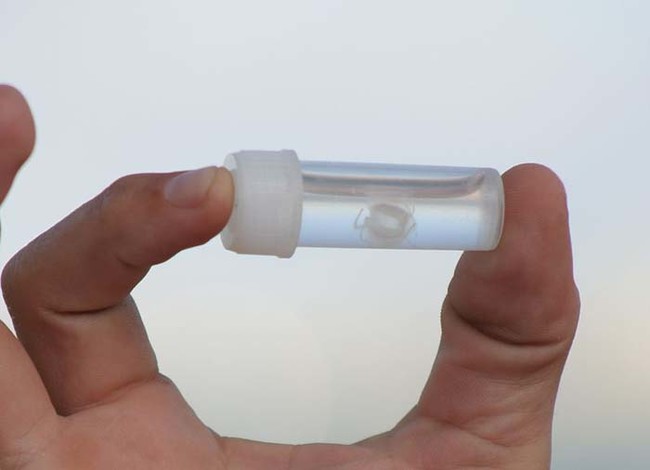 You’ll probably never see this tiny jellyfish coming, as it’s only 0.2 inches long. This is unfortunate, though, since its sting can kill you. The toxin carried in the stinger of this little guy is 100 times stronger than cobra venom. Doctors can probably save you from one sting, but multiple stings will quickly land you in the graveyard. 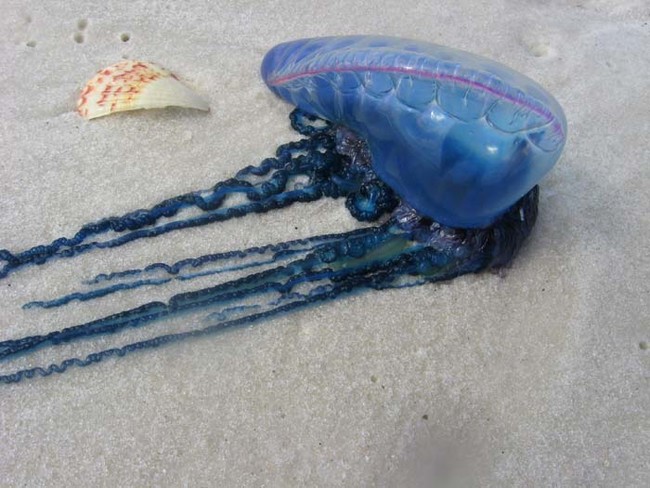 The man o’ war isn’t technically a jellyfish, but a bluebottle. It is actually a huge colony made up of thousands of tiny organisms. It’s not uncommon to find the dead bodies of man o’ wars washed up on beaches in the southern U.S. Whether you see them in the ocean or dead on the beach, you should stay far away. Their sting can cause your heart or lungs to stop working. Even if the sting doesn’t kill you, it can still cause a lot of discomfort. 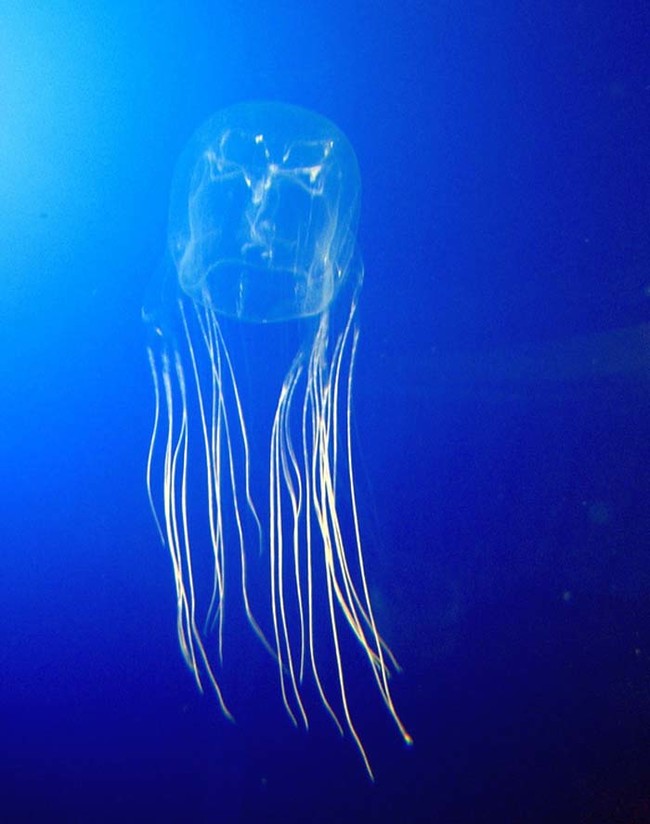 Meet the world’s deadliest jellyfish, the box jellyfish. Almost 6,000 deaths have been attributed to this particular organism over the last 50 years. Each of its 15 tentacles is 10 feet long and contains 500,000 microscopic poison darts. There is enough poison in each dart to kill 60 people. If you are stung by a box jellyfish, say your prayers, because you’ll be dead within three minutes.

Now I have a pretty good excuse to tell my friends when they ask me why I never go swimming in the ocean. “Jellyfish. So many painful, deadly jellyfish.”